The tide is starting to turn in the only industry where female employees account for less than 10 percent of the workforce.

A cross the country, as well as locally, over the past decade women have made strides infiltrating what are considered to be male-dominated jobs in the workplace. They are making their presence known and are pushing for equal positions, pay and treatment. Many industries are letting more women into their ranks, and construction companies seem to slowly be following suit.

According to a survey conducted by the Bureau of Labor Statistics (BLS), women make up 46.8 percent of total employment across all industries, but only account for 9.3 percent of construction employees.

The study goes on to state that plenty of factors exist that create barriers for women entering the field, keeping the percentage of females in construction lower than other industries. Included are ideas that girls may grow up seeing the field as a male-only career and women who are interested in construction may often become deterred by sexism and the fear of not being taken seriously.

Fortunately, however, times are changing and the industry landscape is now peppered with female mentors and role models, including in Southeast Louisiana.

“I grew up in the business, watching my parents start and grow Gibbs Construction, and I have seen a lot of changes over the years in the industry,” says Melissa Gibbs, director of business development for the commercial and industrial construction design-build specialist. “I have definitely noticed a significant increase in the number of women in the construction industry in recent years. This could be attributed to the construction management and construction technology programs offered at colleges and universities now, and it is refreshing to see so many females enrolled in these classes. Women are viewing construction as a viable job option, and today it is not uncommon to see women in lead roles, as the project manager and the owner. 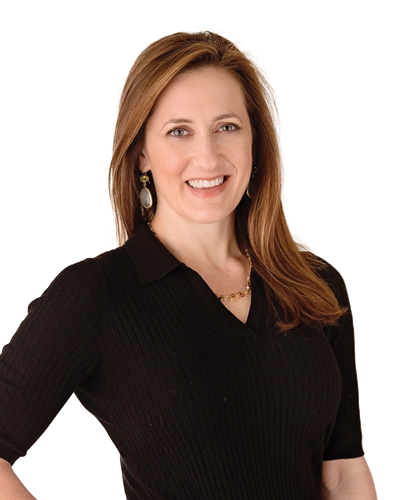 ot uncommon to be the only woman at a meeting or job site, but I look at it as a pro and not a con.” -Melissa Gibbs, director of business development for Gibbs Construction

Gibbs says the field is still far from balanced, however.

“On the other hand, it is not uncommon to be the only woman at a meeting or job site, but I look at it as a pro and not a con,” she says.

“Being the only female will make you stand out — you will be noticed for your skills; it is a positive. There are still some old-fashioned men in the industry, but we as women have the opportunity to surprise them and showcase our talents and make an impact. The industry is changing and it is encouraging for the younger generation to know that they can work in any industry they want; there are all sorts of jobs available in the construction industry, both with and without college experience.”

According to the U.S. Department of Labor, the number of women employed in the U.S. construction industry has grown substantially — by 81.3 percent from 1985 to 2007 — however, due to a loss of over 2.5 million construction jobs from 2007 to 2010, there has been a sharp decline of women working in the industry.

Within that short period of time, more than 300,000 women workers left the industry. While only 9 percent of U.S. construction workers were women — a relatively small percentage compared to other industries — there were still over 800,000 women workers employed in the industry in 2010, including managerial, professional, administrative and production employees. Of those, approximately 200,000 were employed in production occupations, such as laborers, electricians and plumbers.

“Construction jobs for women today go way beyond desk work,” says Millie Munsch, CIT, the incoming president of the National Association of Women in Construction (NAWIC). “We play multiple roles in the industry. This is a totally accessible field for females. We have accountants, engineers, owners, architects, electricians — the entire spectrum of the profession is open and represented by us. It is not just a man’s world anymore  — you can see more and more women entering the industry and making a difference. There are so many construction jobs locally that there is plenty of room for everyone to work.”

NAWIC is a national association with 127 chapters across the country and 36 members in its local chapter. The local chapter raises awareness for women in construction by offering business and education opportunities, as well as networking and leadership activities. They also have mentor and community outreach programs geared toward school-age females.

For some, like Lauren Marshall, diversity/community relations coordinator for Woodward Design + Build, the journey into the industry was not direct. 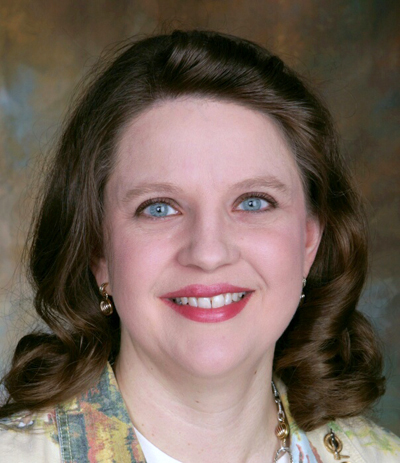 “The construction industry was not my chosen path,” she says, “but when I decided to go to work with my now husband 14 years ago, it led me on a journey to my current career that is extremely satisfying.”

The Marshalls were part of a joint venture team, Parsons Aviation Louisiana, tasked with managing over $236 million in capital facilities improvements at the Louis Armstrong New Orleans International Airport.

“The airport project required DBE (disadvantaged business enterprise) participation as well.  As a novice in both construction and DBE areas, I focused on learning as much as I could from the professionals I worked with — in addition to my role as office and document control manager. Learning about the construction industry from the program management side I believe was an easy fit for me.  I was always accepted and respected.  I enjoyed, and still enjoy, getting to know the subcontractors we work with and the ones I hope to work with.”

When Marshall learned that Woodward was looking for someone to start up its DBE Participation Plan, she felt it was a natural fit.

“I decided if I was going to be spending more time with contractors that I wanted to understand not just their needs as DBE firms, but what it takes to bid, win and perform successfully, and fortunately everyone agreed,” she says. “I work daily with our estimating team, which has guided me in this industry.”

According to a 2014 report from the National Women’s Law Center entitled “Women in Construction: Still Breaking Ground,” research indicates that women hold 47 percent of all wage and salary jobs, but only 2.6 percent of all construction industry jobs. It goes on to state that construction jobs are lucrative, with top plumbers earning more than $84,440 a year, close to twice the median pay nationwide ($49,140). The median hourly wage for construction occupations was $19.55 in 2013, roughly double the wage for female-dominated jobs such as home health aides, housekeepers and child care workers.

While women still fight to earn equal pay with their male coworkers across the board, the gender wage gap for many construction occupations is actually smaller than other industries. According to the U.S. Census Bureau’s report on annual median earnings by sex, full-time female employees made about 79.5 percent of what male employees made in 2014. In the same year, female construction workers made about 93.3 percent of what male workers made. 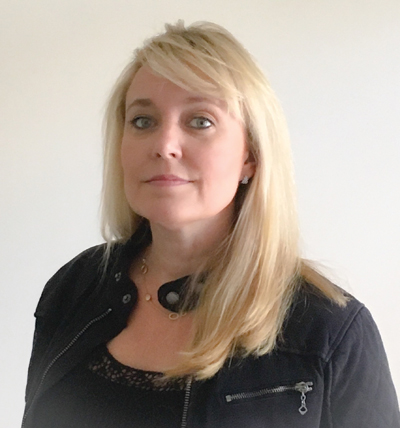 “Don’t let the gender issue stop you if you want to be in this industry. Be prepared to work hard — harder than some of the guys at first — but it will be worth it.” – Malin Maitrejean, owner of MALIN Construction

Also, more and more women are getting involved with the  entrepreneurial side of the industry. According to the U.S. Census Bureau, 152,871 women-owned construction firms were confirmed in 1997, and 10 years later, that number climbed to 268,809.

“It is difficult to say whether men and women are compensated equally in this industry locally, in some cases yes, and some no — it really depends on the company you work for,” says Malin Maitrejean, owner of MALIN Construction, which specializes in retail, commercial and multifamily projects. “Since I opened the doors in 1997, there are more and more women that I cross paths with than I did back when I started. Don’t let the gender issue stop you if you want to be in this industry. Be prepared to work hard — harder than some of the guys at first — but it will be worth it.”

Seeing Past the Stereotypes

Stereotypes and perceptions about the industry are part of the reason that construction is not a career path most women tend to consider. But in reality, the industry offers the diversity and excitement that many women are looking for from their career.

“The construction industry has really opened up over the past 25 years,” says Paula Peer, principal at New Orleans-based Trapolin-Peer Architects. “You are seeing more women leaders in the field. There is a real diversity in the industry. The challenge oftentimes in an industry like this one is, as a woman, you have to earn respect. You have to put in the work. It is easier today to break into this industry as a female. There are definitely more opportunities available.

“We are a 30-person firm and I’m proud to say we are 50/50 gender represented,” she adds. “The key is to look past gender and look at the whole person, their skill set, experience, education and what they can bring to the table. At the end of the day we are looking for talented team members. The more diverse the better.”

The construction industry can be the ideal place for women who want to be part of an exciting and growing industry with the possibility of impacting the next generation of women. While working in a male-dominated industry, women often have to overcome stereotypes and preconceived notions. 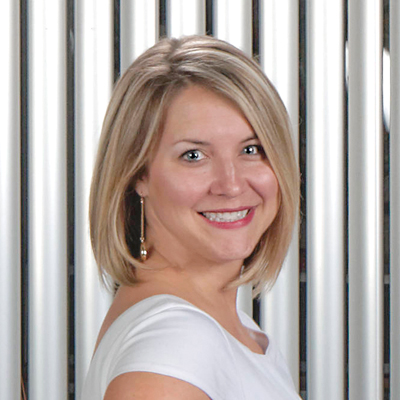 “Over the past 10 years, I have really seen a shift in the industry; it has become more progressive.” – Rebecca Cooley, vice president of modular interior construction at AOS Interior Environments

Kellie Mathas, with Crystal Clear Creative and Imaging, a local design, event and brand strategy company that recently updated the pelicans practice facility and is currently working on both the Saints practice facility and 50th anniversary upgrades to the MB Superdome, said that as a whole the industry is accepting of females, but every so often the preconceived ideas come through. “One time I was on a conference call with a client who was insistent on hiring the “A” team for his project. He wanted the ‘guy’ that designed the Pelicans space. And I cleared my throat and said, ‘I’m the guy,’ ” she said. “He didn’t miss a beat and hired me. Sometimes clients are surprised at first to see a female is behind the ‘sports-related’ projects, but we get the job done. I think that in some instances, a female can bring more detail to the commercial spaces.”

“Females are very much a part of our work culture and industry,” says Rebecca Cooley, vice president of modular interior construction at AOS Interior Environments. “We have had female leadership at AOS throughout our history. We work with women in the field on a daily basis. Over the last 10 years, I have really seen a shift in the industry; it has become more progressive.”

For women interested in working in the construction industry, Gibbs offers a little advice.

“You many feel uncertain or unqualified, but everyone feels that way at a new job,” she says. “It’s normal. Project an image of confidence and people will respond. Ask questions, participate, and most importantly prepare for the job you want.”

Music & Money Mondays: Why Do I Owe Every Year?