NEW ORLEANS – WLAE-TV announced the premiere of its new documentary “Battlegrounds: The Lost Community of Fazendeville,” said to be an “emotionally harrowing story of one of the oldest Black neighborhoods in New Orleans that was razed during the Civil Rights struggles 60 years ago.” The film will debut at 7 p.m. central time on Sunday, Oct. 30 followed by an encore presentation at 9 p.m.

Presented by the Meraux Foundation, the hour-long documentary features never-before-seen photos of Fazendeville, a closely knit St. Bernard Parish neighborhood of Black families who were forced to leave their homes in the 1960s. Families in the neighborhood were paid pennies on the dollar by the federal government to leave their homes so the land could be used for an expansion of the Chalmette National Battlefield site. 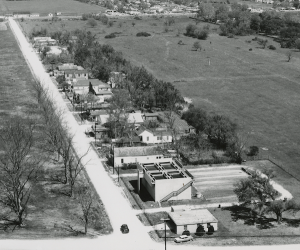 The documentary tells the story of a self-sustaining community called “the Village” built by a free man of color named Jean Pierre Fazende in 1867. The Village was originally established for recently emancipated slaves before being dismantled and bulldozed 100 years later, leaving scores of Black residents displaced to other areas of New Orleans.

“All that remains of this century old neighborhood are very emotionally raw memories of the Village’s displaced residents and some extraordinary pictures and historical documents of Fazendeville that were obtained by WLAE-TV,” said Jim Dotson, vice president of LAE Productions and WLAE-TV.

The Fazendeville village had expanded to 33 homes, a church, general stores, recreation facilities, meeting halls and bars. In 1963, President John Kennedy signed an order allowing for the park service to seize the property, which was bulldozed in 1966.

“Erased from the landscape that generations of families called home, even the memory of the village faded away – until now, with this revealing one-hour documentary that tells the heartbreaking story that has gone untold for decades,” said Woody Keim, the documentary’s executive producer and a descendent of Fazendeville’s founder and developer.