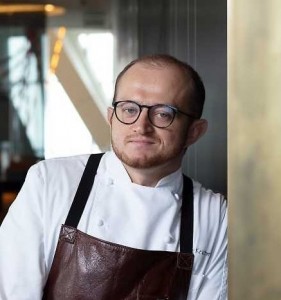 As a decorated Executive Chef and Culinary Director with significant, 14-year experience at exemplary hotels in major markets, gaining star chef Igor Krichmar as Culinary Director is a true feather in the Windsor Court cuisine cap, elevating the offerings well beyond guest expectation. Kirchmar’s dedication to the highest quality ingredients, his mastery of flavor and cooking techniques, balanced with his personality creates an exciting, consistent new culinary experience featuring a feeling of value while charming the most discerning of New Orleans’ palates. The gifted chef began his career at the notable Bouchon Bistro in Yountville, Calif., before landing in locations like Montage Deer Valley, Intercontinental Hotel Downtown Los Angeles and The Standard Highline in New York City. “In a world of instagrammable culinary experiences, I am thrilled to be leading the team and food and beverage program at Windsor Court Hotel in one of the greatest cities in the world. The legacy of these outlets, The Grill Room and Polo Club Lounge, and their commitment to the highest standards combined with an openness for an innovative take on New Orleans tastes, allows our culinary team to make a prolific journey,” said Igor Krichmar, culinary director of Windsor Court Hotel.