Where Are All the Women?

They make up half the population, but barely over 20 percent of film roles. What happened to art mimicking life?

Patricia Arquette’s recent call for wage equality and equal rights for women in America during her Oscar acceptance speech was a call for action to which you’d think nobody could find fault. But people did. Among the complaints was the view of, what are these super rich women doing calling for equal pay? These big-time Hollywood actresses make millions, what are they complaining about?

The recent Sony hack revealed a lot more than snarky comments from executives; it brought to glaring light a few startling examples of inequality in Tinseltown. The one that really got me was that of Charlize Theron and Chris Hemsworth, co-stars of “The Huntsman” – due out next year. Through the hacks it came out that Theron was being paid less than Hemsworth. When word got out, Theron, an Oscar-winning actress with 20 years of experience, demanded to be paid equal to Heron, an actor with half the experience and no Oscar.

To me, she would have been justified in asking for more, but in Hollywood, anything close to equality is understandably considered a win.
Here in Hollywood South, stuntwoman Leigh Hennessey says that while the pay gap is real, her big focus is on the limited roles and types of roles available to women.

“When you look at the number of big Hollywood movies where you have a strong female protagonist, it’s ridiculously low,” she says. (Something to think about next time you head to the movies or pop in your favorite flick – especially an action movie.)

“The only place in the industry where you see a lot of women is in wardrobe, hair and makeup,” Hennessey says.

“In the 1990s, SAG (Screen Actors Guild) kept record of who worked on films, including their gender, age and race,” she says. “When they started, women made up about 20 percent of the stunt roles. Ten years ago, that number had dropped to 15 percent. Then they stopped keeping a record.”

Hennessey’s frustration with the inequality led her to create the Louisiana Stuntwomen’s Initiative (LSWI) last fall. According to the website, stuntwomensinitiative.org., women currently represent 23.5 percent of acting roles in American films. That number drops to 15 percent for stuntwomen. The website is packed with sobering statistics.

Through LSWI, Hennessey and others are working with local production companies to encourage and aid them in hiring more women through the use of a comprehensive database of local professionals. If they don’t have what a producer wants, LSWI promises to “search all of Louisiana to find the right woman.”

Of course it’s understandable that if men are the ones making the movies, men are the ones in them. According to a study by San Diego State University’s Center for the Study of Women in Television & Film, only 9 percent of the top 250 domestic grossing films of 2012 were directed by women. (Of the locally filmed movies listed above, not a single was directed by a woman). In other behind-the-scenes roles, women held only 18 percent of the jobs – a whopping 1 percent increase since 1998.

If Hennessey has her way, Hollywood South will be where you see the tide turn toward more equal representation for women.

“If every industry treated women the way we do, that’s essentially half the population not contributing to the economy,” she says. “This is very much an economic issue.” 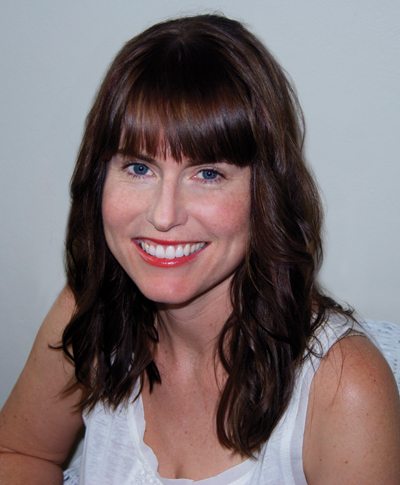