Leaders share thoughts on what the future may hold 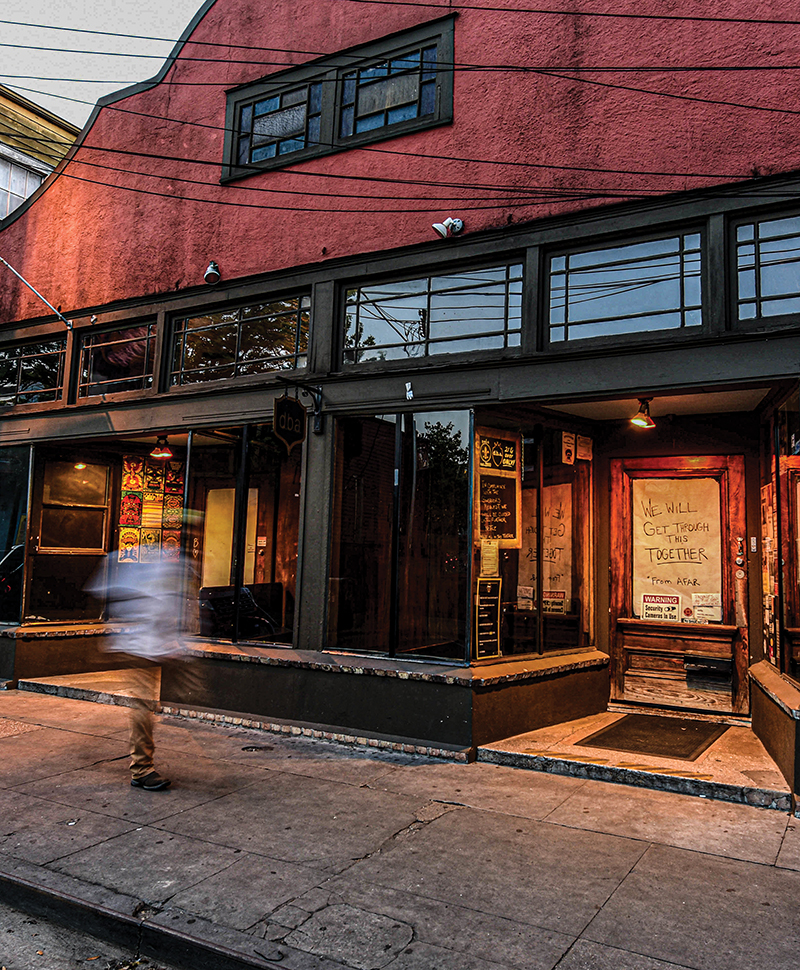 Gov. John Bel Edwards and New Orleans officials say that the social distancing efforts of the last few weeks have been successful in reducing the number of new patients needing medical care due to COVID-19, but it will be a long time before the city gets back to business as usual. So, while local business leaders adhere to recommendations, they are making plans for when it’s time to restart the city’s economy and begin life in the “new normal.”

Michael Hecht, the president and CEO of GNO Inc., one of the city’s biggest business boosters, said there will be three phases to bringing the city’s businesses back online.

“The first is the health crisis and that’s about flattening the curve,” he said. “The numbers at least on the south shore are starting to look better (as of early April, 2020).

Hecht said the second phase is about getting America back to work, but under new protocols and with new procedures. This would include new science like serological tests to show who is immune to coronavirus along with new workplace rules like frequent hand washing and more telecommuting.

The third phase, as he sees it, will come months from now when business leaders have time to reflect on the coronavirus crisis and consider its implications for workforce policy, supply chain strategy and healthcare strategy globally. Businesses will learn from this experience and be able to make changes to mitigate future events.

“We are hopeful that we are beginning to move into the second phase right now,” said Hecht. “The bridge to that second phase is federal programs like the Paycheck Protection Program, which is intended to inject liquidity into the market and allows people to remain employed and businesses to remain open until we get back to work in the new normal.

“That, of course, has been happening, and now the president and congress are talking about doubling down on the program. There will be some wrangling but the program that was originally $350 billion will eventually double in size. If we want the COVID-19 recession not to turn into a depression then we need to get the cogs of the economy turning sooner rather than later.

Tulane business professor Peter Ricchiuti said he thinks manufacturing and related industries will be the first to “snap back.” He thinks hospitality will follow suit even though the number of visitors to the city won’t be up to full strength.

“Even though they won’t get the guests for a while, they’re going to be bringing employees back, to be ready when it does come,” he said. “It would be awful to not be ready. That’ll happen for a couple of months before people get on a plane.”

Meanwhile, as Hecht points out, there are some essential service providers, like grocers, that never closed and some sectors, like construction, that have already adjusted to new rules by installing adequate handwashing facilities on site and ensuring that people are working 6 feet away from each other.

“A major factor is whether they’re business-to-business companies or business-to-consumer,” said Hecht. “Someplace like a chemical facility that is B-to-B and doesn’t really rely on customers is clearly going to be less impacted by stay-at-home orders, whereas if you’re talking to a restaurant now, even if they get money from the Paycheck Protection Program, they don’t have customers. It is a bridge, but it might be a bridge to nowhere.

When the state does relax stay-at-home guidelines, Ricchiuti said that people are going to be naturally cautious. As a result, he doesn’t think it’s going to be a V-shaped recovery for concerts, festivals and the other big gatherings that are synonymous with New Orleans.  “Once the gates open again, I’m having trouble visualizing myself going into the Superdome sitting next to 80,000 people,” he said. “Younger people will jump right back, and for people my age the confidence will have to dribble in over a longer period of time. Someone gives you a Saints ticket and you think, ‘Well, you get real great closeups on TV, you know?’”

John Zollinger, vice president at Home Bank, said this caution could lead to some noticeable changes in behavior.

“You see how many people are wearing masks on a Japanese subway,” said Zollinger. “They have been doing this for years and years. They understand a little better that the mask is not necessarily there to keep you from getting an illness but to keep you from giving it. There will have to be more education around that here. You’ll have to be conscious enough to not give it to someone else. If up to 80 percent of us are infected, then going out in public is like walking around shooting guns in the air.”

Ricchiuti believes the companies that will rebound the most quickly are the ones who have maintained their workforce throughout the crisis.

“It’s like the oilfield industry [during a downturn],” he said. “In cyclical situations, companies would keep employees much longer than they should from a business sense because they were so fearful that the turnaround comes so quickly that they won’t have the workers to do the job,” he said. “Somebody told me once that the second worst thing is having too many employees on the books; the worst thing that happens is you get calls for business and you have to turn it down because you don’t have the staff to do it.”

There’s also an advantage for businesses who have enough capital to make improvements during this time.

“The key to who’s going to do well on the other side depends on what they do during the down times,” said Ricchiuti.

“The ones that have enough resources during this time to do things like remodel, reestablish bank relationships and things like that are going to come out way ahead on the other side in terms of market share.  “The ones who have the resiliency to stay on top-of-mind with customers through social media and keep the doors open even at a loss are going to be rewarded. The restaurants who have been doing takeout and delivery even below break-even are going to see a payoff.

Suzanne Mestayer, a managing principal at ThirtyNorth Investments, said her industry will have an easier time transitioning than some others.

“In my company, an investment firm, much of the work is done electronically,” she said. “Our ramp-up is going to be simple: we’re going to move from our homes to our office. Others will have to adapt more to what the consumer and customers are looking for. The hospitality industry will, of course, have other issues to deal with as they convince the public they have safe places to visit. I think this will be part of our consciousness for some time. Measures will have to be taken to allow for more space around people … and New Orleans is a hugging and handshake kind of place.”

As for the stock market, Mestayer said she’s not going to say it’s hit the bottom, but she is certain it will rebound.

“The old saying is it takes the elevator down and the stairs up,” she said. “This was the quickest, biggest drop in the shortest period of time ever, but it will return and rebound. It’s a matter of doing it gradually. It won’t be a straight line, but we had strong market and good economy before this happened and we will return to positive momentum. This is for many people an opportunity if they have the courage and resources.”

The most obvious change to daily business life during the COVID-19 crisis is that everybody has learned how to use Zoom or one of the other video-conferencing platforms. But there have been a lot of other modifications that could become permanent.

Zollinger of Home Bank said that his customers’ habits are changing and the effects could be long-lasting.

king and more payment systems – people aren’t taking in cash now, so we’re not seeing cash coming in to be deposited,” he said. “There are a lot more electronic transactions. People have been saying for 30 years that cash is going to be obsolete, but we still have ATMs. This event might be the thing that pushes us toward more electronic transactions.”

Ricchiuti said many businesses may finally have learned the benefits of telecommuting.

“This work-at-home thing is going to change dramatically,” he said. “It used to be that if you were in a progressive law firm they’d give you an option so you could work from home and all the bosses secretly thought you didn’t get as much done. And now people have been more productive, so I’d be surprised if this doesn’t become a much bigger thing.

The same goes for online learning, which Ricchiuti joked has become “the most expensive pay-per-view event in the history of the world.”

“It works,” he said. “Especially for people who are part time and for graduate students. Maybe not undergrads — those four years might be about something else …”

Another possible beneficial change of the COVID-19 crisis? It’s put a spotlight on income inequality.

“It’s really clarified the difference in jobs,” said Ricchiuti. “You’re not going to say, ‘I’m a waiter and I’ve been working from home and it’s been pretty good.’ No, they’re going to have to go back to the front lines. I think income inequality is a huge issue and this is shining a light on it. There are two major different classes that people find themselves in.”

Experts agree the best way forward is to be thoughtful and cautious.

“There are two potential futures here,” said Hecht. “One is where we flatten the curve now and enjoy pent-up demand in the fall. If we do that, there will be economic damage but it will be a culling, not a killing. But If we have a double dip and have to stay at home through next year, then all bets are off and it would be a totally different situation.

“For all of us, it’s about striking a balance between being safe and being productive and figuring out how to get back to work in the new normal in a way that’s responsible but allows the economy to begin breathing on its own again.”

Recovery will come, but in the meantime, anyone experiencing anxiety can access a new chat line called #GetYaMindRight created by the Metropolitan Human Services District and The Institute of Women and Ethnic Studies (IWES).

The chat line is free and available to the general public on Mondays, Wednesdays and Fridays from 10:15 a.m. to 11:15 a.m. The line is hosted by IWES mental health professionals including psychiatrists and licensed master social workers and offers helpful tools and tips for self-care and wellness. For more information, visit mhsdla.org or call (504) 568-3130. 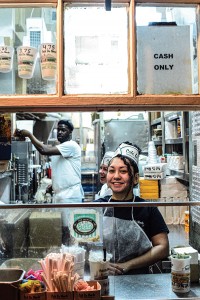 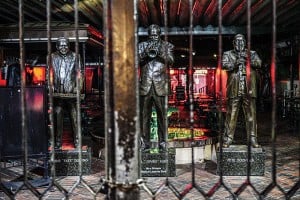 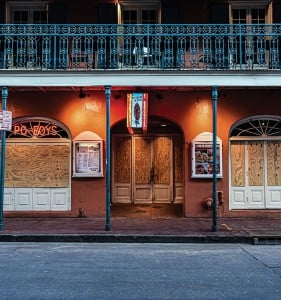