The answer’s not so simple anymore.

Leave it to technology to make once-clear things quite blurry. Think about it: What is a TV? Is Netflix TV? Is HBO Go or HBO Now on a tablet TV? Hulu on a smartphone, is that TV? What really counts as TV these days?

For TV stations, many battling dropping ratings, online viewership is becoming a huge problem, to the point that people leaving traditional television have a name — cord cutters. Cord cutters are subscribers of Cox or other broadband providers that decide to opt out of the many TV services and only subscribe to broadband or high speed Internet. In 2014, many broadband providers saw Internet users eclipse TV subscribers.

This line between broadband access and TV services is a central theme to the FCC’s sweeping Net Neutrality regulations. Businesses like Netflix or YouTube fear that broadband companies have an implied incentive to degrade their services. This makes sense. Why should Cox or AT&T freely allow its users to view Netflix videos while a whole product line slowly dies on the vine?

Broadcasters and cable providers haven’t sat dormant. Years ago, many joined together to launch Hulu, a service that offered a free, and now paid, alternative to traditional television. Using Hulu, you can watch a limited number of episodes from some broadcasters the day after they air. Hulu had early success, but many broadcasters invested in the organization’s future see it as the red-headed stepchild — not quite equal. This is something that continues to plague Hulu’s ability to expand its services and compete in a fast-changing market.

With this new world of TV options also comes increasingly complex rules. Some movies and shows appear almost instantly on Netflix, some broadcasters air shows with Hulu, some offer access through their website. These practices can confuse viewers, especially now that those same companies offer apps that stream shows in real time or after they air. The rules on when content appears, and the requirements to view it, can be quite daunting.

Technology companies are greatly aware that how we view TV is changing. Yahoo purchased the rights for season 6 of the popular show “Community,” Netflix has gone out on its own and developed a growing collection of original programming, including “Orange is the New Black” and “House of Cards,” with Amazon quick on its heels.

These changes, while interesting, continue to complicate things. This future forecasts a world that requires many separate subscriptions to services from Yahoo, Amazon, Google, Hulu, Apple, and maybe even Microsoft just to have our standard ability to channel flip or keep up on the latest exciting show. Toss in HBO’s new standalone HBO Now service and the potential costs quickly make you raise an eyebrow.

Local TV is an especially tough market. As these cord cutters grow in strength, local TV weakens. Local stations depend on cable networks — through lucrative deals — to broadcast their content. In the new web world of news, where will we find local news or other local content?

In 2014 we saw the end to weekend cartoons, why? Because kids, and parents, have so aggressively moved to alternate methods to watch TV that broadcasters gave up on the content.  These days, kid-targeted networks like Nickelodeon and Disney are finding numbers greatly reduced; however, the viewership of their content backlog on Netflix, Amazon Prime and Hulu remains strong. 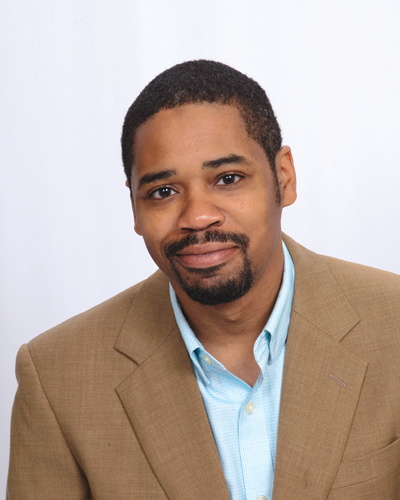 Jason MICHAEL Perry is Director of the Drupal Practice for Fig Leaf Software. May I borrow your HBO Go account? I’m behind on GoT and Silicon Valley.  You can tweet those credentials to @jasonmperry or email them to me at me@jasonmichaelperry.com. (Thanks in advance)