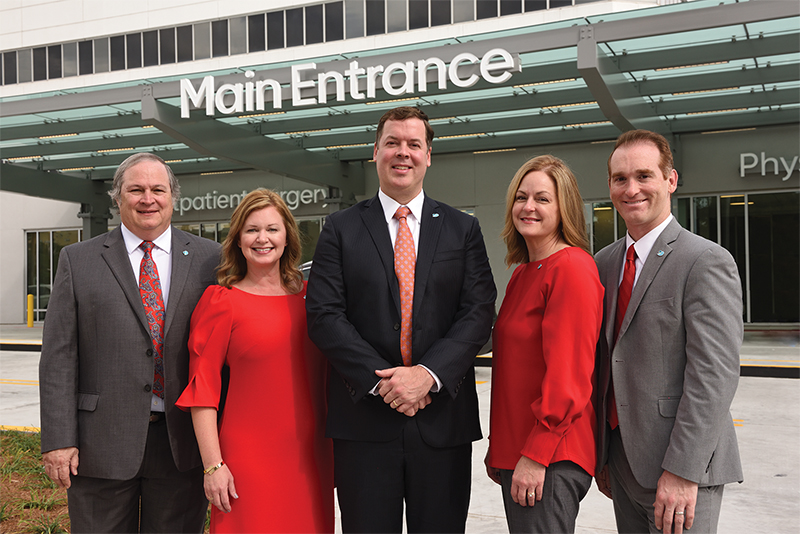 In April of 1960, the first community hospital on the Westbank of Jefferson Parish opened its doors to residents, becoming the first and best choice for healthcare in its region. Now, as West Jefferson Medical Center approaches its landmark 60th anniversary, it has firmly established itself as a prestigious community landmark and leader, with a broad economic and social footprint and national accolades.

With a staff of more than 430 physicians and 1,530 employees caring for patients, the 419-bed medical center also encompasses six primary care locations and two fitness center locations. Brain and spine care, cancer care and emergency care—are among a wide spectrum of other services offered—West Jefferson Medical Center is actively fulfilling its goal of creating a healthier future for its community, complete with compassionate and world-class care close to home.

The hospital continues to expand by partnering with LCMC Health to begin an $86 million renovation that will focus on some of the most critical healthcare areas, including the Outpatient Surgery Center, Endoscopy, Emergency Department and main hospital entrances. In July of 2019, they welcomed a new president and CEO, Rob Calhoun, who has a deep appreciation of the hospital’s legacy while keeping his vision towards the future.

Thanks to the partnership with LCMC Health, the executive team sees a clear pathway forward to expanding access to healthcare in the community through innovation and technology. With strong leadership and great collaboration, the hospital staff is coming together to celebrate sixty years of progress, growth and a history of unique care on the Westbank.