NEW ORLEANS – A poor fall harvest and increased demand during the COVID-19 pandemic have combined to create a shortage of red beans that will become visible to consumers in the coming months. The problem isn’t limited to New Orleans’ favorite legume. White beans, black-eyed peas, pinto beans and other popular varieties will also be a little more scarce. 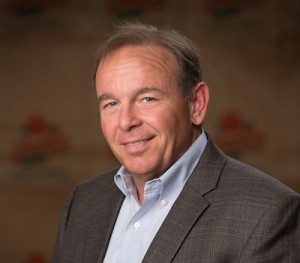 “Beans are harvested around September or October and last fall we did not have a good harvest,” he said. “Normally, that wouldn’t be a big problem. But couple that with everybody staying home during the COVID-19 pandemic and the consumption of dried beans has at least doubled. So it’s a perfect storm for there to be significant shortages, which we are anticipating happening in June, July or August.”

Hayward recently sent a letter to his customers explaining Camellia has had to raise prices to account for his increased costs.

“We probably won’t be able to ship out everything that everyone orders,” he said. “One of our challenges is that we’re very selective about the quality and appearance and even the variety of beans that go in our package. There are beans out there that don’t meet our quality standards.”

Even though red beans are a big part of Louisiana food culture, they aren’t grown here. The climate is too humid. Instead, Camellia’s beans come from farmers all over the United States. Michigan, Minnesota, Colorado, Nebraska, Kansas, California, Texas, Florida and other states are sources.

“Beans are dried on the plant, not in a facility or a machine,” said Hayward. “When the plants are mature, farmers go through the fields with machinery and chop them off at the base and then they lay them on the ground for a couple days. Then they flip the plants over to lay on their other side for a couple of days. And then they come through with a combine and it processes the beans away from the pods. It’s a lot of work and there’s definitely as much art as science in processing edible beans. That’s why much of our work is developing relationships with farmers who do the best job. That’s really our competitive advantage.”

Camellia is a regional brand available primarily in the southeastern U.S. from Texas over to Florida and up into the Carolinas. You can also find Camellia beans sporadically throughout the west. Some Whole Foods locations on the West Coast have recently begun carrying Camellia products. Overall, the company sells 20 different varieties of beans but red kidney beans represent at least 50 percent of its sales. Other popular choices are navy (pea) beans, black-eyed peas, large lima beans, baby lima beans and great northern beans.

“It’s funny because the top sellers fluctuate every year,” said Hayward. “The red kidneys are always number one but the next four are always a horse race. The great northerns are popular in eastern Louisiana and the navy pea beans are very popular in southwest Louisiana. In Cajun country they are all about the white beans and there’s no substitute.”

L.H. Hayward & Co. now has about 70 employees at its Elmwood facility after adding about a dozen workers during the last month.

“We really had to gear up to meet current demand,” said Hayward. “We’ve added people who were out of work from other food companies. We added a second shift. We’re working six to seven days a week – and knowing that we’re cruising full speed toward this supply shortage puts us in an interesting position.

“Our primary focus has been the safety and well being of our employees and customers. We’ve gone all in on the hygiene and protocols put forth for good manufacturing and, knock on wood, we haven’t had issues with the virus that you read about other food companies having, so a lot of our time has been spent helping out our team members who have been having issues with their family members.”