Lavon Burbank, chairman of the executive board of the New Orleans Regional Business Park, discusses hopes to get the park back on track.

Every workday, thousands commute to the New Orleans Regional Business Park in the eastern part of the city off Old Gentilly Road, ready to assemble space shuttles and roast coffee beans.

“This is truly an industrial gem,” says Lavon Burbank, chairman of the NORBP executive board, of the park. “When you’re talking its about proximity to railroad lines and to ports, you know, there’s a reason why these businesses chose to locate here. Whether or not they were guided by the state or the city, they looked at the location on a map and said, ‘This is just the place to be.’”

NASA’s Michoud Assembly Facility and the Folger Coffee Co., are just two of the 88 businesses taking up residence in the NORBP. In 1979, the Louisiana Legislature allocated over 7,000 acres of land for the complex’s construction in hopes of increasing state revenue and business prospects for the area.

Since then, the NORBP has been attracting national, regional, and local interests, generating billions of dollars annually and consistently providing jobs for a sizable portion of the New Orleans community.

The practical, convenient location of the NORBP is one of the keys to businesses’ attraction. Companies in the park are not only close to I-10 and US Hwy 90, but also near Lakefront airport. Access to six, class 1 railroads also provides additional convenient means of transportation and travel for businesses.

The NORBP’s draw is not just geographical, it’s economical. There are a number of incentives for prospective companies looking to lease space at the park. Venture capital programs, inventory and job tax credits, industrial revenue bonds, and manufacturing-facility property-tax exemptions offer businesses additional reasons to set up shop in eastern New Orleans.

“What’s driving [companies] here is warehousing and lower rent,” Burbank says. “The Regional Business Park has a range of rent from $4 to $12 per square foot, depending on the space, so the rent there is much cheaper than [other industrial parks].”

Regardless of the attractive deal it offers, the past decade has been especially bumpy for the NORBP.

“The park definitely took a hit from Katrina,” Burbank says. “And then our millage expired in 2011 after 20 years. Every economic development agency in New Orleans is funded by public dollars. It’s just not realistic to be sustained without it.”

By fall 2013, efforts to renew the millage had failed for the second time, and budget cuts dissolved the executive director position, the ED’s salary was split between marketing and park-wide improvements. No new business had come into the park for several years and State Sen. J.P. Morrell went on record saying that he thought the board should consider disbanding and putting the land up for sale.

While maintaining her role as the executive committee board chairman, Burbank found herself having to absorb many of the responsibilities of an executive director.

“We reprogrammed existing money in the budget into marketing and cleanup,” Burbank says. “And when I say cleanup, we’re not talking about little pieces of trash that people throw out their windows. We’re talking, you know, mountains of tires, couches, sofas, car parts…things that people obviously throw out the back of trucks because the park is so big.”

Burbank says the conversation for a millage needs to be had openly and honestly. “We need to talk to stakeholders and ask, ‘Do we support a constant financing tool like a millage?’ And if we do, we need to be having a conversation with the general public about why it’s important,” she says.

And then of course there’s the big issue of leadership.

“What we really need is a five year strategic plan,” she says. “Right now the board is doing the management, and we’re all part-time, unpaid volunteers. This shouldn’t be the case. A board should govern, not manage. This is the city and state’s responsibility. We need someone to take control and then we’ll happily follow their lead.

While cleaning up the park remains priority No. 1, the board is currently taking a number of other steps to increase the NORBP’s visibility and attractiveness. For instance, this month the park will unveil a new website, which will include detailed locations of its businesses, their functions and products, as well as links to land available for lease or purchase.

Burbank explains that the goal is not simply to drawi new companies to the area, but to retain existing businesses in order to continue revenue streams.

“In the two years that I’ve been chairman, what I’ve really been trying to do is show the public that we are using existing dollars to actually do activities in the park that benefit its businesses…[and to] partner with the New Orleans Business Alliance and Louisiana Economic Development. I think the Regional Business Park needs to get its foundation back in place, and I think the way to do that is to partner with these other organizations.”

“The DDD (Downtown Development District) does a very good job of using the millage that they collect to make sure that Downtown is cleaner, and to make sure there’s signage,” she says. “You see landscaping. You see art. You see things that make it an attractive place to want to work and live Downtown.”

With these examples in mind, Burbank would like to see a revamp of the NORBP, but she makes clear that the path to successful revenue streams does not lie solely with the executive board. In talking about the biggest hurdles for attracting new business, she points towards basic regional infrastructure challenges.

“We’re one of the biggest business parks in the area, but we don’t have things like one drive-through Starbucks,” she says. “And I’m not talking about just near the park, I’m talking about in all of Orleans Parish. But we can go down Veterans [Blvd.] and there’s maybe three or four. That’s an example of neighborhood amenities that are basic in other places that Orleans Parish just does not have.”

While at a state comparison level, areas like the NORBP are successfully drawing in businesses and revenue, a lack of basic, family-oriented businesses such as sit-down dining restaurants or the aforementioned Starbucks, means the park has struggled in competing with similar locations near the New Orleans area.

“If you look at the amount of money that Orleans parish has put into housing post-Katrina compared to economic development, there is a vast difference…At some point, you’ve got to have the commercial corridors,” she says.

Burbank admits that there has been some move by local government to bridge the gap, but it has been slow, and much too long in coming.

“You can see some work around Oretha Castle Haley Boulevard that is phenomenal,” she says. “And some work on Claiborne Ave., as well…But this is already 2015…the investment is just a little unbalanced here.”

In the future, Burbank hopes to see the park fully leased out, along with further improvement of the 7,000 acres for potential clients. If that were accomplished, she says, the board could apply for grants with the Economic Development Administration, and set in motion a means to create a self-sustaining system. 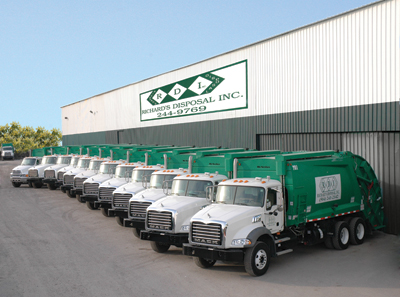 Richard’s Disposal is one of 88 tenants of NORBP. The park itself is undergoing cleanup efforts. 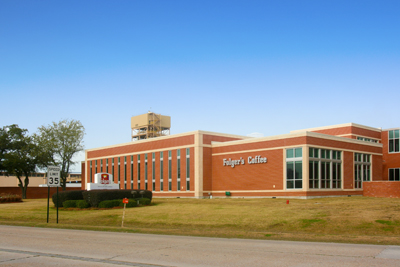 With improved infrastructure and a solid five year plan, Executive Board Chairman Lavon Burbank is hopeful that the park could attract more big names to the park.

• Operational since 1979
• Over 7,000 acres of land
• Close to both Interstate 10 and US Highway 90, six railways, and an airports
• NORBP’s leasers generate billions of dollars in profit annually
• Lessees include Folger’s Coffee, Vulcan Materials, NASA’s Michoud Assembly Facility and Gibson Services
• 30,000 square feet of space is currently available for lease at 13801 Gentilly Rd. For inquiries, please contact (504) 254-4603, or email admin@norbp.com

Week in Review, July 19-23: Caesars Superdome, Masks Are Back, No Veto Override

Felipe’s Invested in Me; More Businesses Should Do the Same

MSY Ranks No. 3 on 'USA Today' List of Top Airports