LAKE CHARLES, La. — It’s been an active August for Waitr, the Louisiana-based leader in on-demand food ordering and delivery. This week, the company launched their updated app for both Android and iOS. According to a press release, the new app features a more personalized and engaging user experience with an efficient order flow, and a variety of group ordering improvements and optimizations.

“Smartphones are a necessity for today’s fast-moving world. Having an intuitive app is equally essential for hungry customers who want to quickly place orders from the convenience of their phones,” said Coco Pahl, product manager for Waitr. “We’ve made substantial updates and included many quality of life features that will keep users coming back to the app, ultimately driving more sales for our restaurant partners.”

“It’s been a privilege and honor to lead this business since its founding over five years ago and I am very proud of the incredible growth we have achieved over that time,” said Meaux. “Over the past few months Adam has demonstrated that he has the experience, vision and leadership skills to successfully lead Waitr into its next phase of growth. I look forward to being involved as chairman, focusing on the long-term strategy of the business.”

Price joined Waitr in February of 2019 as chief logistics officer prior to being named the company’s chief operations officer. Before joining Waitr Holdings, he spent more than five years as chief executive officer of Homer Logistics, a provider of local delivery fulfillment solutions for businesses using logistics technology. From 2007 until 2013, he held various business development and engineering roles at ATA Engineering. 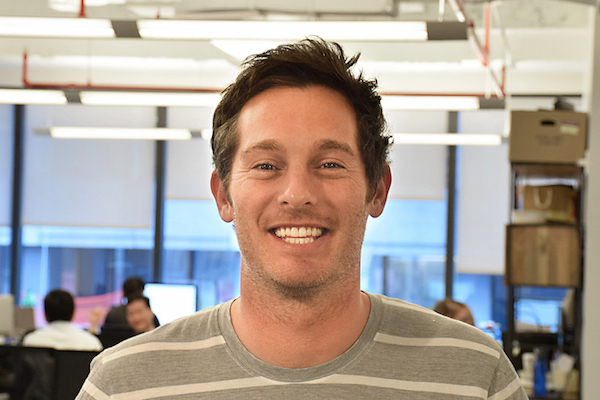 “I am very appreciative of the support that Chris and the board of directors have provided to me, and I’m excited to lead this exceptional business,” said Price, who holds a bachelor of science in aerospace engineering from the University of California, San Diego. “I look forward to working closely with the entire team and executing on our vision to be the most convenient way to discover, order and serve great food in local communities. Food delivery is in its infancy and having clear market leadership in most of our markets in addition to a well-regarded brand with restaurants, consumers and drivers sets us up well for future growth.”

Waitr, which was founded in 2013, is based in Lake Charles, Louisiana. The company now operates in small and medium sized markets in the United States, across nearly 700 cities.

In early August, Waitr released the financial results for its fiscal 2019 second quarter, which ended June 30, 2019.

“Our second quarter showed strong growth in our core markets, despite being a seasonally slower quarter for our business. Our revenue grew 218-percent year over year and active diners grew 248-percent,” said Price. “We remain focused on growing in our new and existing markets and successfully integrating Waitr and Bite Squad. We are committed to continue strengthening our team and processes as we deploy market strategies to win profitable business and maximize shareholder value.”

Details from the report are listed below.