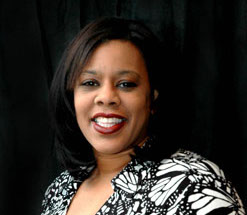 NEW ORLEANS – The members of the National Association of Black Social Workers announced the election of Melissa Haley as their 14th national president. Haley is the director of supportive services at Volunteers of America Southeast Louisiana. In her role, she manages the behavioral health and permanent supportive housing services for vulnerable populations, including veterans, throughout the 16 parishes served by the agency.

“We are so proud of Melissa and the wonderful work she does for the most vulnerable in our community,” said James LeBlanc, president and CEO of Volunteers of America Southeast Louisiana. “She continues to identify and develop new programs based on the ever-changing needs of the people we serve. The National Association of Black Social Workers could not have picked a better representative of their organization.”

Haley is a 25-year member of NABSW, following in the footsteps of her father the late Dr. Fredrick E. Smith, who was a NABSW pioneer and longtime president of the St. Louis chapter. For over 25 years, Haley has carried on the legacy of activism established by her father on both the national and local level. During her 15-plus years with Volunteers of America, she has managed programs that serve individuals and families struggling with mental health, substance abuse, child abuse and neglect, chronic homelessness, and disaster recovery.

“It is a privilege and honor to represent this 52-year-old organization in such a crucial time in our country,” said Haley. “I look forward to representing the 72 chapters across the country. Our communities are much stronger together.” Haley succeeds the 13th national president, Cheikh Ahmandou Banba Mbackė.

Haley is Volunteers of America commissioned agency minister and a 2016 Keymaker graduate. She is a graduate of Xavier University of Louisiana and received her Master of Social Work from Clark Atlanta University in Atlanta. She is also an adjunct professor at Southern University New Orleans and previously served as national vice president for NABSW. Haley is a native of St. Louis and lives in New Orleans with her husband, attorney Okyeame Haley, son of civil rights activist Oretha Castle Haley. They have two daughters in college.

Bill and Melinda Gates Divorce Could Shake Up Philanthropy