NEW ORLEANS – On Thursday morning, following a transatlantic flight from Ethiopia to New Orleans, Sir Richard Branson found himself standing in an empty parking lot on the corner of Baronne and Lafayette Streets – the future site of Virgin Hotels New Orleans.

“It's been a long journey from Ethiopia to get here. But I’m very excited to be standing in this parking lot,” quipped Branson, the owner of Virgin Group. “And just to think, when we come back here in a couple of years, there will be a beautiful Virgin Hotels here.”

Virgin Hotels New Orleans is slated to open its doors on 550 Baronne in 2021.

The property will feature more than 200 rooms, multiple dining and drinking lounges, a coffee shop, a rooftop pool, and a gym, along with dedicated meetings and event spaces.

Mathes Brierre Architects, CallisonRTKL Architects, and Broadmoor Construction will complete the construction of the building. Local interior design firm Logan Killen Interiors will create a clever and colorful setting inside.

“The hotel is designed for the locals to come be a part of the Virgin experience,” said Hope. “While we think there are plenty of great hotels (in New Orleans), there really isn't anything like a Virgin Hotel.”

The total project, which will cost nearly $80 million, will create 260 construction jobs.

230 associates will work for Virgin Hotels New Orleans once it opens.

“When Sir Richard goes into a new industry, he shakes it up,” said Mayor Cantrell. “He creates something new from a customer perspective, and he always keeps people at the center of it.”

Cantrell said the project began as vision back in 2015, when she was a city councilwoman. She knew at the time that it would lead to job opportunities and spur economic growth in the city.

“This has been a long time coming. Sir Branson, you were worth waiting for,” said Cantrell. “You are the man.”

Virgin Group is a multinational venture capital conglomerate that controls more than 400 companies. Its subsidiaries include Virgin Mobile and Virgin Atlantic airlines.

“It’s important to understand that Virgin has a network and a following of its own,” said Cantrell, noting that New Orleans will join that network.

She then playfully suggested that Virgin Atlantic would one day become part of the new Louis Armstrong New Orleans International Airport.

“As we continue to grow, we have to think about who we will attract,” she said.

Later this year, Virgin Group will launch a cruise company called Virgin Voyages. Four ships are currently under construction; each one can accommodate 3,000 people, said Branson. The first ship will be based in Miami.

“We can most likely help promote New Orleans through the cruise company,” said Branson. “We find that if people have a good experience in one Virgin company, they'll then want to try other Virgin companies. Hopefully one day, we'll be standing at the airport with a Virgin Atlantic plane coming in.”

See renderings of the hotel below. (Courtesy of Logan Killen Interiors for Virgin Hotels) 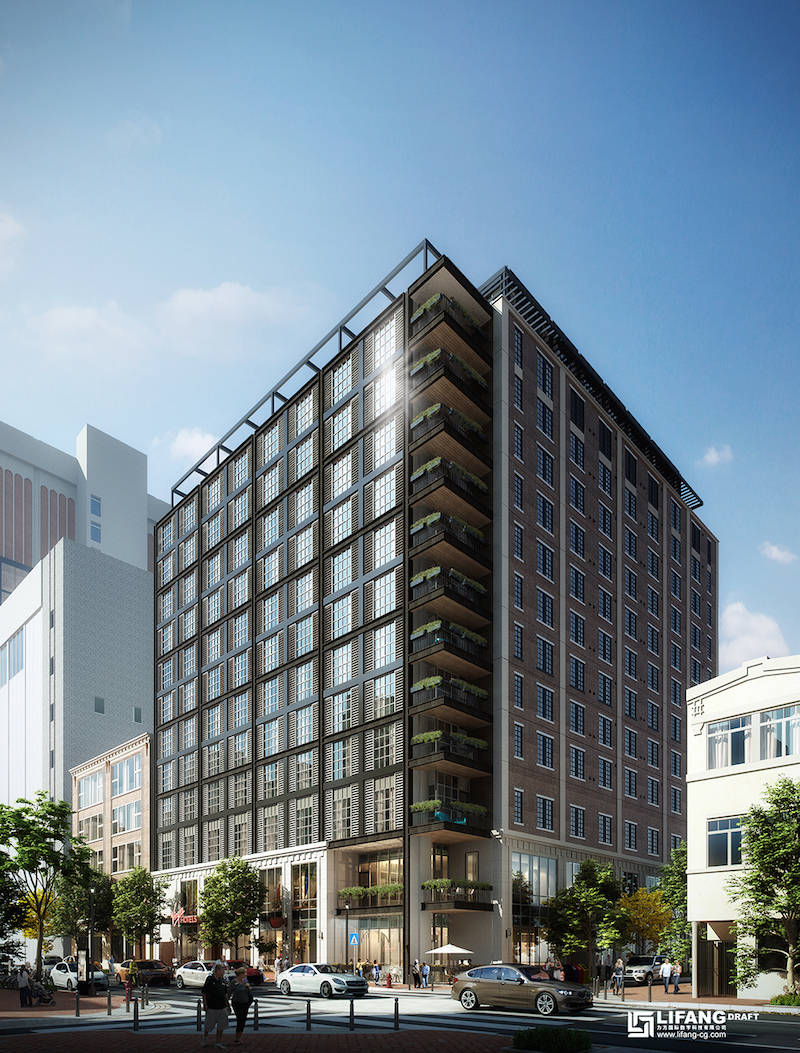 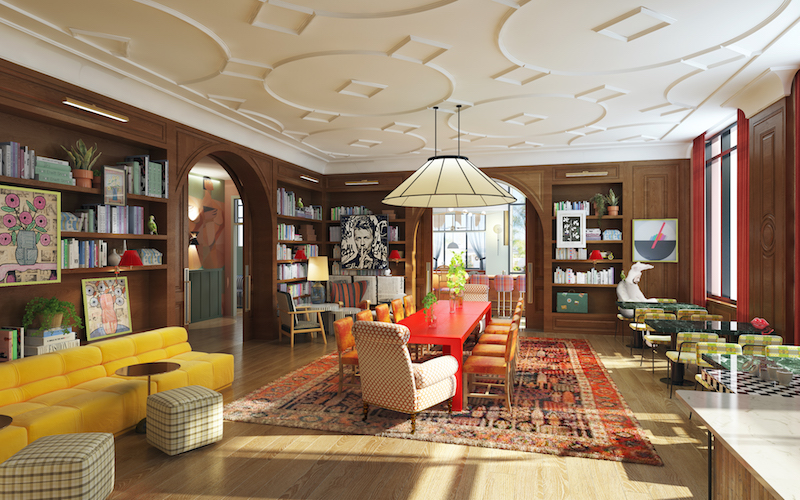 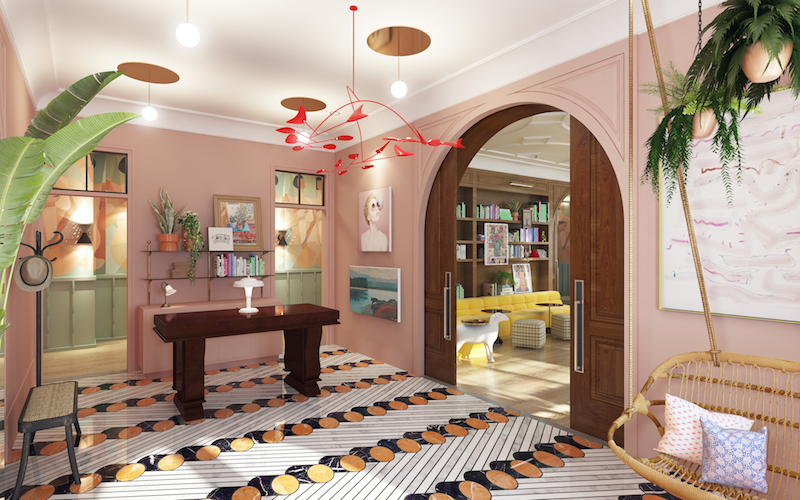 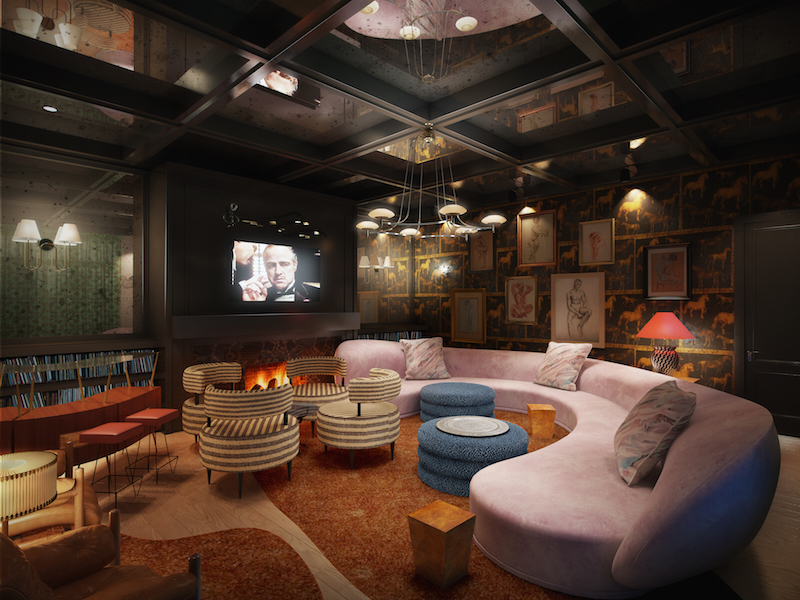 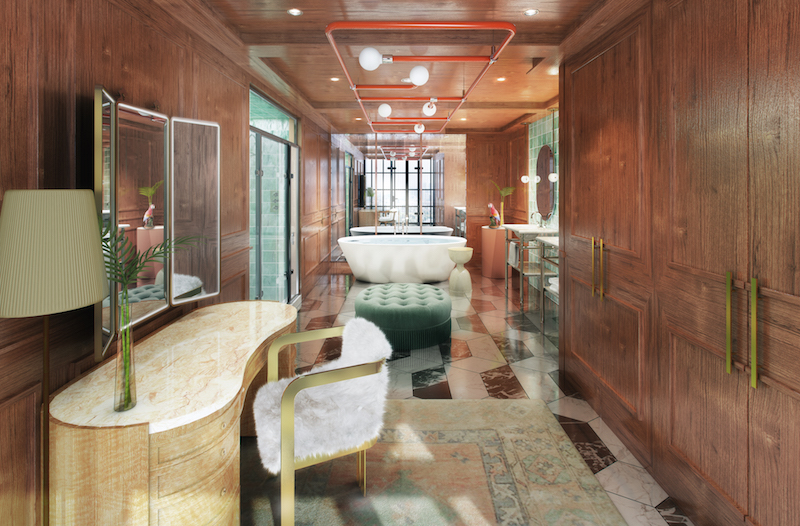 Suzanne Pfefferle Tafur is the associate news editor of BizNewOrleans.com.