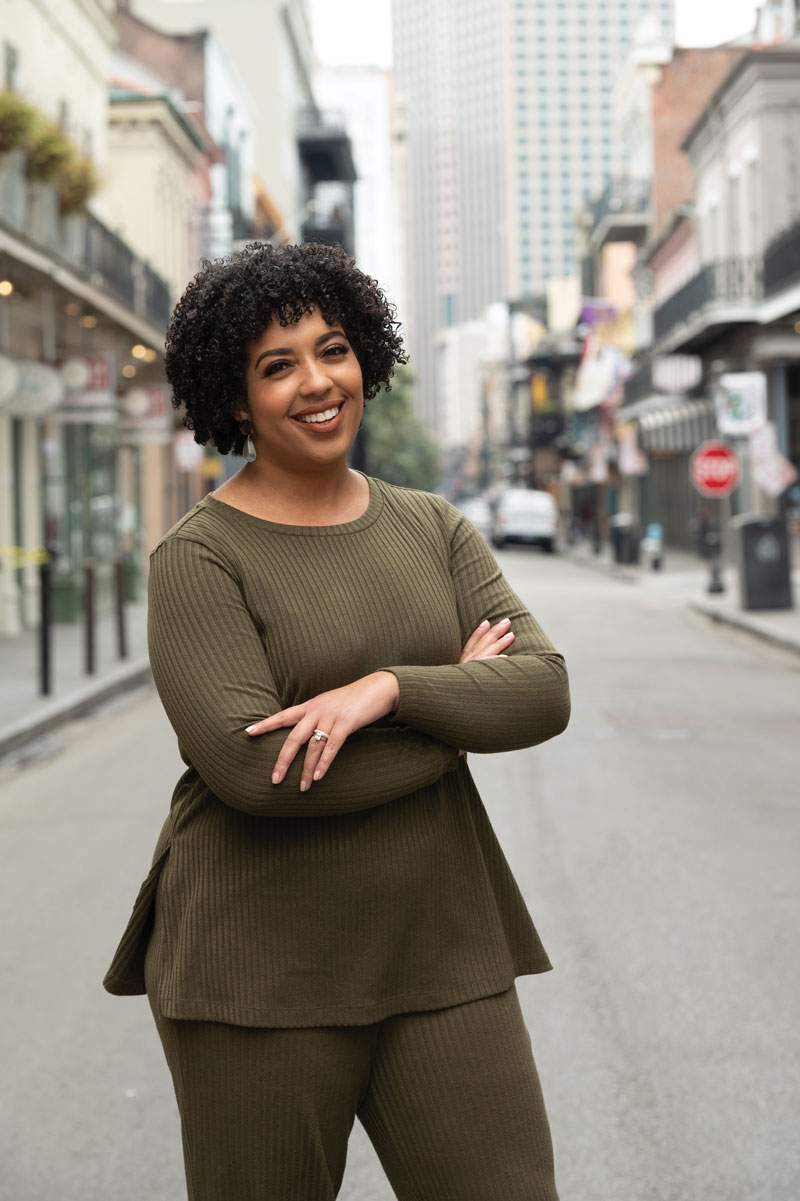 Victoria Adams Phipps is all about positive impact: for New Orleans, its community, its economy and, most significantly, for its people.

“As a graduate of Loyola University New Orleans, I believe deeply in the values outlined in the university’s mission: being welcoming of diverse backgrounds, leading a meaningful life with and for others, and working towards a more just world,” she says. “These values have shown up in the way that I’ve built my career and in the way that I show up with others on a daily basis.”

This philosophy is evidenced by the impact Phipps has already made. For eight years, she led and scaled New Orleans Entrepreneur Week, driving $4.3 million in funding and resources to local startups. She has guided and supported local nonprofits including Good Work Network, Junior Achievement of Greater New Orleans and the Louisiana Fair Housing Action Center.

Her greatest accomplishment, however, is also her most recent. When the economic effects of COVID-19 threatened the livelihoods of gig workers in the city, Phipps launched the Gig Economy Relief Fund and secured over $650,000 in funding to provide more than 1,200 gig workers with relief grants. It’s a move she felt was crucial: by linking arms and ensuring the stability of our neighbors, she says we can emerge victorious and united.

Ultimately, Phipps hopes that her professional journey can inspire other women to make an impact on their respective communities and industries.

“To the future female leaders, particularly those forging paths in unchartered territory, don’t be afraid to answer the call. You’re so much more capable than you know, and sometimes, you really are the one you’ve been waiting for.”

To inspire, empower, and equip others to embrace the possibilities.