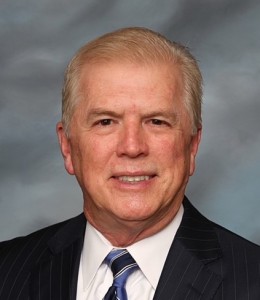 Hudson spent the last five years in Baton Rouge, where he headed First National Bankers Bank. Before that, he served on the executive team at IberiaBank, which bought Omni in 2011.

Hudson said he loved his experience at First National over the last half decade but he was ready to come home. He considered several opportunities in the industry and ultimately decided to tackle the most challenging one: helping Citizens make its greater New Orleans market debut. The $1.3 billion bank, founded 36 years ago, is helmed by President and CEO Jason D. Smith. It has 12 locations in north Louisiana.

For Hudson, leading this launch is a chance to help a bank he admires by leveraging his New Orleans connections.

“It was always in the back of my mind that I needed to get back to my hometown,” he said. “I’ll be explaining the story of Citizens National Bank as I reconnect with a lot of former customers and employees. I have a chance to create a market for Citizens in a robust area. We refer to this not as a branch opening but as the main office for south Louisiana because we think there’s going to be a lot of opportunity for growth.”

Scheduled to open in the fall, the new Citizens branch will take over a roughly 9,000-square-foot space at 3908 Veterans Memorial Boulevard formerly occupied by Regions Bank. The team leading the renovation of the building includes Chip Verges of Verges Rome Architects, Sid Artigues of Artigues Construction and Steve Hebert of HGI Facilities Management.

“Regions left it in good shape for us but we’re gonna add some personal touches and warm it up a little bit,” said Hudson. “I’m powering up the staff right now. We’re aiming for a soft opening sometime mid- to late-September with a grand opening in October.”

Hudson said the Citizens story is similar to Omni’s. It’s a business-focused bank with leadership that stays active in the community.

“We’re going to be very much a local bank,” he said. “We’ll be involved with the Jefferson Chamber in a big way. I have emeritus status with the Jefferson Business Council and will be an active member there. I’m on the Jefferson Community Foundation and hope to be active there. And we’ll be active in New Orleans as well. It is very much modeled after what Citizens National Bank has done historically in its 35 years, which also parallels what Omni Bank tried to do as a good corporate citizen in the New Orleans area.”

But what’s the top of your to-do list when starting a bank from scratch in a new market?

“It’s kind of hard to quantify,” said Hudson. “The easy thing for me was my connectivity back in the marketplace. I never left here really. I was working in Baton Rouge and stayed in contact with a lot of friends and former customers. And I’ve gotten phone calls from folks saying, ‘Let me know when you open up. We’re coming over.’ … There are a lot of good banks in New Orleans but that doesn’t mean there’s not room for one more really good one that’s going to be very attentive to its clients and has the capacity to do larger financings. We’re picking the best people who have great skill sets who understand high-touch customer service.”