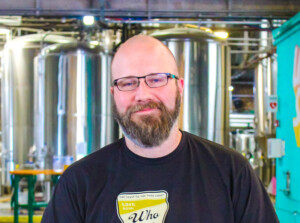 NEW ORLEANS — Urban South Brewery has named Chris Rakow as the new director of brewing operations for all its locations. Rakow has over 14 years of brewing leadership experience in the craft beer industry. At Urban South, Rakow will oversee all of brewery operations, including R&D, recipe formulation and brewing staff in all company facilities.

“Chris is a fantastic addition to the Urban South house of brands, which as of recently includes Perfect Plain in Florida. We are excited to have someone with his level of leadership experience and innovation expertise setting the brewing direction,” stated Jacob Landry, founder and president of Urban South Brewery. “We look forward to working together to expand our offerings and grow our team.”

Rakow’s love of brewing began while he was at Rutgers, where he was studying to become an engineer. He tried his hand at homebrewing and was hooked. While he did graduate with an engineering degree, soon afterwards he switched paths, attended American Brewing School and joined the brewing team at Harpoon Brewery in Vermont. He later moved on to run operations at New Jersey’s Riverhorse Brewery, where he helped grow production from 2,000 barrels to 20,000 barrels. His next role was as head brewer at Abita Brewing in Covington, La. for two years before joining Urban South Brewery.

“I am excited about joining the team at Urban South. The brewery has a great culture and laid-back environment,” said Rakow. “It is rare to be a part of a growing brewery in the industry at the moment, and I am fortunate to have this opportunity. I look forward to managing multiple locations all while unifying the breweries and maintaining their individuality. I’m excited to work with the team and to be able to show my skills and formulate delicious recipes for customers to enjoy.”

Rakow is passionate about making anything that can be made at home, from beer to soap. He also enjoys spending time with his family, playing the guitar, cooking and woodworking.

Tickets and Sponsorships for Lark in the Park Now Available