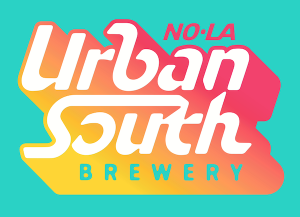 NEW ORLEANS — Urban South Brewery’s craft beers can now be found in almost every county in the state of Mississippi, thanks to a new partnership with Southern Beverage. A variety of Urban South’s core beers are now available in bars, restaurants and stores throughout the state, including both the Jackson and Hattiesburg metro areas.

“Mississippi was the first state outside of Louisiana that we chose to expand Urban South’s distribution footprint, and it was a very intentional choice,” said Kyle Huling, co-founder of Urban South Brewery. “Demand has been high from our fans in Mississippi as so many Mississippians have fond memories of time spent in New Orleans. We are very excited about this new partnership with Southern Beverage and look forward to sharing our favorite beers with new fans across the state.”

Urban South currently distributes its beer in Louisiana, Mississippi, Alabama and Tennessee. The brewery launched distribution on the Mississippi Gulf Coast in early 2021, and has now partnered with Southern Beverage to expand throughout the rest of the state with a focus on the Jackson and Hattiesburg markets. A number of launch events will take place throughout the week, featuring beer sampling, tap takeovers and merchandise giveaways. Events are currently scheduled for a variety of bars and restaurants in Jackson, Flowood, Brandon and Madison. Click here to view Urban South’s full distribution footprint.