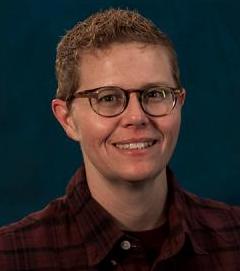 Compton is one of 10 new members selected for the committee which aims is to have a balanced representation among its members, considering such factors as geography, age, sex, race, ethnicity, technical expertise, community involvement and knowledge of census programs or activities.

“This is kind of a dream come true for a data nerd like myself,” Compton said. “The idea I might be able to help get a question on the census for sexual orientation and gender identity … I’m pretty excited.”

The committee is composed of up to 32 members appointed to three-year terms by the director of the Census Bureau.

Compton, whose two major research interests are social psychology and the demography of sexual orientation, has worked with census data and LGBT measurement issues for over 20 years. They have been a critical voice in new ways of capturing gender identity on large-scale surveys and have co-authored three books dealing with LGBT methods.

DCHC Prepped to Address a Potential Rise in HIV Cases