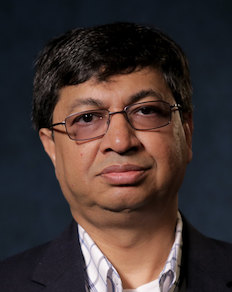 NEW ORLEANS — From the University of New Orleans:

UNO finance professor M. Kabir Hassan has been selected as a U.S. Fulbright Scholar for 2022-23. He said he will use his award to study small and medium-sized businesses in Saudi Arabia.

“My goal is to design a framework that utilizes alternative sources of Judeo-Christian-Islamic modes of financing for small and medium enterprises, also known as SMEs,” Hassan said. “This Senior Fulbright Fellowship allows me to take the next major step to derive policy implications in Saudi Arabia, a country with Islamic roots that is rapidly modernizing. This is a big honor for me and it will elevate my research through cooperation that is of value to both the United States and Saudi Arabia in ethical and responsible finance.”

Hassan’s Fulbright research will provide policy recommendations by exploring the current development of SME finance in Saudi Arabia and examining the role of Islamic financial mechanisms to overcome financial barriers for SMEs.

According to the World Bank, SMEs play a major role in most economies. They account for the majority of businesses worldwide and are important contributors to job creation and global economic development. However, SMEs are facing problems in expanding due to a lack of access to finance, Hassan said.

Hassan holds three endowed chairs in the Department of Economics and Finance. He is the winner of the 2016 Islamic Development Bank Prize in Islamic Banking and Finance. He is a financial economist with teaching, research and consulting experience in development finance, money and capital markets, Islamic finance, corporate finance, investments, and international trade and finance. Hassan has won several teachings awards and sits on a number of international ethical and Islamic finance bodies. He has more than 450 papers published as book chapters and in top refereed academic journals. He edits two journals, sits on editorial boards of several journals and has supervised 67 doctoral theses at the University of New Orleans.

Louisiana's Higher Ed Foundations Topped $4B in Assets in 2020