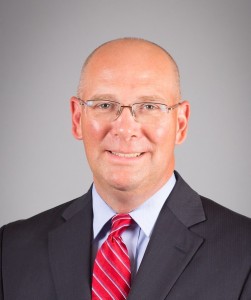 NEW ORLEANS – University of Holy Cross President Dr. Stanton F. McNeely III will continue at the helm for five additional years after UHC’s executive board of trustees unanimously agreed to the contract extension.

McNeely took over as the university’s 19th president in July 2019 just months before the COVID crisis shut down the world. The board said he successfully guide the university through both the pandemic and Hurricane Ida while expanding UHC’s scope of educational programs and services which has resulted in a more prominent recognition of the university.

The board of trustees lauded McNeely for expanding the university’s social services by opening the school’s mental health counseling services to all Louisiana residents free of charge as they struggled with anxiety, depression and fear during the COVID crisis. McNeely was the catalyst in launching the statewide PBS TV show “Coping During the COVID Crisis,” which helps Louisiana TV viewers navigate through the pandemic and which earned the Press Club of New Orleans’ Best TV Talk Show in 2021.

“Stanton’s expertise in guiding the University of Holy Cross through one of the darkest times in more than a century has demonstrated his leadership abilities and his enthusiasm to grow his alma mater in its diversity, enrollment, and community service,” said UHC Board of Trustees Chair Todd Matherne. “That’s why it was an easy and unanimous decision to extend his contract through 2027.”

Under Dr. McNeely’s three-year tenure, UHC made a major jump in U.S. News & World Report College and University Rankings. The 106-year-old New Orleans-based university rocketed from #99 to #62 on the annual listing of “Regional Universities, South.” In addition to the 62nd overall ranking, UHC is also ranked #16 for “Best Value Schools, South;” #388 for “Best Undergrad Nursing Programs, National;” and #136 for “Social Mobility, South.”  UHC was also named to Newsweek’s list of “30 Most Affordable Private Colleges in the U.S.”

“The University of Holy Cross is a shining light in our ever-changing world. We are proud to provide a transformational educational experience that lifts the hearts and minds of our students, their families, and our community,” said McNeely. “We have made a lot of progress in these three dynamic years, and I am absolutely thrilled by what we can do over the next five years.”

Prior to re-joining UHC in 2019, McNeely was president and CEO of the Louisiana Association of Independent Colleges and Universities. McNeely, an undergraduate of the University of Holy Cross, earned a Master of Business Administration from Loyola University New Orleans and a doctorate in higher education administration and leadership from Northcentral University. He previously served numerous positions at UHC including vice president for institutional advancement, director of admissions, director of student affairs and assistant to the dean of sciences. McNeely was also a business professor at the University of Holy Cross in the 2000s.