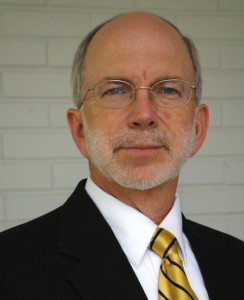 Lynch, who has served in an interim capacity since October, is the CEO of Tulane Medical Center in downtown New Orleans and Tulane Lakeside Hospital in Metairie, and he will provide additional oversight to Tulane’s Lakeview Regional Medical Center campus in Covington. He will also continue to advance the hospitals’ partnership with the Tulane University School of Medicine, leveraging his distinguished background in both healthcare and academia.

“Dr. Lynch’s legacy at Tulane is profound, as he led tremendous efforts to rebuild the hospital’s infrastructure and clinical programs after Hurricane Katrina,” said M.L. Lagarde III, president of HCA Healthcare’s MidAmerica Division, which owns and operates the health system in partnership with Tulane. “It is no overstatement to say Tulane Health System would not be the world-class system it is today without his leadership during that critical time, and we are excited to see where he takes us in the future.”

Most recently, Lynch has served on the board of directors for PhysIQ, a med/tech company that develops predictive analytics for the monitoring of patients. Prior to his role at Tulane, he served as the director of the South Central Veterans Affairs Health Care Network. He has also held academic leadership roles at the University of Texas Southwestern Medical Center and University of Mississippi Medical Center. Dr. Lynch is an Air Force veteran, and he earned his medical degree from the University of Texas Southwestern Medical School.

“I am thrilled to return to Tulane and the New Orleans region,” Dr. Lynch said. “I see tremendous growth opportunities for both the city and our health system, and I’m excited to help lead these efforts. Our mission is to provide world-class patient care, education and research, and we are well-positioned – as a health system and a community – to do just that.”

Dr. Lynch succeeds Dr. William Lunn, who was promoted within HCA Healthcare last year to a position in Richmond, Virginia.