NEW ORLEANS – While selling his new infrastructure bill, President Joe Biden cited the Claiborne expressway, built by the federal government in the 1960s, as an example of historic inequity. On this week’s Biz Talks podcast, local activist, planner and designer Amy Stelly explains why the elevated expressway never should have been built, why it should come down and how to get the job done.

‘Over the Overpass’ – Listen to the podcast now.

Here are some highlights from the conversation: 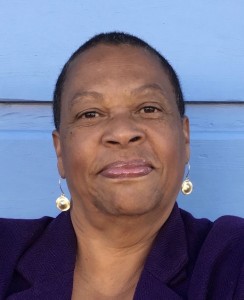 What is the history of the Claiborne expressway? How did we get here?

I read that they bulldozed the trees on Ash Wednesday.

Yes, and people vividly remember the pain of that. If you’re from New Orleans, you know how Mardi Gras is, you know it’s a whole lot of fun. And then on Ash Wednesday, you’re chilled out, you’re calm. If you’re Catholic or Episcopal, you get your ashes. But to have this done was really a painful move by the city.

This is when the federal government was building interstate highways across the country. Why did the planners here decide to put this section above Claiborne Avenue?

There are a couple things that came into play. From a physical standpoint, Claiborne was the right size for what they wanted to do. The median in this part of Claiborne is 100 feet wide. So the city just came in and plopped the elevated expressway down on top of it. That said, Treme in the 1920s had been declared a slum because the vision was to actually turn the neighborhood into an entertainment district. So the declaration of Treme as a slum opened the door for things like eminent domain – and the city practiced that, which is how we got the Municipal Auditorium. What made things worse was that this was a redlined neighborhood. So if you look at the history of highways, they went through historically black communities, very poor communities, communities that were redlined, communities that had been declared slums.

Can you explain redlining?

Redlining very simply was basically a mapping of neighborhoods that were considered undesirable for investment. White homeowners, in particular, were steered away from neighborhoods that were redlined. Banks tended not to make loans to people who lived in these kinds of districts, because they felt that they were bad investments. And those districts actually were historically black or brown. So Treme was redlined and, back in the 1930s, parts of the French Quarter were redlined. The French Quarter, as we know it today is not how it was. The French Quarter was much more bohemian and racially integrated. And that has changed over the years.

Can you explain the effects that the expressway had on the neighborhood once they put it in?

Well, what happened was eventually businesses moved out because it’s very hard to survive in that kind of condition. It’s dirty, it’s noisy and it brings traffic. One example: There is a business owner who owns an event hall on Claiborne and it’s a really beautiful place. She was supposed to meet a bride there and there was a homeless guy who had just kind of camped out on her ramp. When the bride saw him stretched out on the ramp, she told the owner that she was not interested in even going inside to see the place.

And also the foot traffic is different, right? Businesses in a retail corridor thrive on foot traffic. You need people on the street who are actually going to be intrigued by what they see in the window and go in. Claiborne used to have that but when the interstate came that all went away.

It’s the same as putting an expressway on top of Magazine Street.

Yeah, exactly. So when people say to me it’s different, I immediately ask them, ‘Do you want this by your house?’ How about we put it on Carrollton Avenue? How about Oak Street? We can have a ramp that comes down. And nobody wants it – so if you don’t want it, we don’t want it either.

How do you take it down? And what happens to all the traffic?

Okay, so let’s talk about what gets taken down, because I think some people think I’m talking about all of it – and I’m not talking about the whole of I-10. I’m talking about a roughly two-mile section, which isn’t a long distance, between roughly Tulane Avenue and Elysian Fields. So there’s that leg, and then at St. Bernard, I-10 branches off and goes towards 610 through the seventh ward. That leg has to be removed too. Claiborne was devastated but the damage in the seventh Ward I think is worse because people’s houses are literally almost under the Interstate.

So how would drivers leave the city to the east?

We had a traffic study done and the recommendation was that people who want to go east would actually take Highway 90 [the Pontchartrain Expressway] to 610. So you would loop around as opposed to going through. In terms of the traffic, what we’ve seen in other cities is that the traffic naturally disperses. Everybody’s on Claiborne now because it’s kind of a one trick pony, right? But New Orleans is a city of boulevards, and we have a lot of underutilized streets.

There are a couple of other things that we need to do to actually make it work. Number one, the streets have to be fixed so that you’re not living in fear of driving in a hole if you go down a major boulevard. But we also have to beef up transit. At one point we had a really, really robust transit system. So in order to make the cars work, we want to get some off the road. And I’m sure there would be a lot of people who wouldn’t mind taking transit –  especially if you work downtown, you wouldn’t have to park. The other thing we really need to do is seriously work on rail service between here in Baton Rouge. I would go to Baton Rouge a whole lot more if I didn’t have to drive all the time.

How much would this cost?

Well, I want to emphasize that this is back of the envelope, okay? This is not anything where we have really drilled down on the numbers. But based on the cost of doing this in other cities, we’re looking at about five to five and a half billion dollars to actually get the work done. So within that budget, we need to break it down to look at removal, what it costs to do the repairs, what it costs to actually make the connection around 610 work. And people get upset when I talk about the 610. But a lot of cities have beltways that go around them so that’s essentially what we would be doing.

Why do people get upset when you talk about 610?

Because they think that 610 is going to become another Claiborne. And it won’t. The traffic disperses. We just need a way to actually connect east and west. And that is where the connection is.

At one point, the [Port of New Orleans] seemed to be opposed to it, because they felt that it would interfere with truck traffic [even though] the study said that trucks would only have five minutes added to their travel time. So they were listed as an entity that opposed the removal. However, that said, before COVID, the leadership at the port had agreed to have a conversation about the removal [the Claiborne Expressway]. So I would like to think that they have had a change of heart. If there are other major opponents, they have not surfaced yet.

What about the gentrification concerns?

What we do have to do, because people are very worried about it, is we have to make sure that we have programs in place and tools in place to keep people who live here in their homes, because everybody is afraid that the interstate will come down, the neighborhood will be improved and all of the people who have lived here their whole lives will be forced to move. That is a very real concern. It has happened in other cities. But there are a couple of things in our favor. Number one, the Biden administration has recognized that this is a problem. So within the infrastructure bill, there are programs to help people. There are things in there for entrepreneurship, access to capital and training craftsmen.

The other thing that people are really worried about is the actual dismantling of the structure. And the concern is well placed because, god bless the administration for finally taking this project on to repair the city streets, but my street has been closed since January, and we’re now in May. And it should not take us five months to repair a block. So we do have to talk about the engineering piece of it. Engineers who are seasoned in this kind of work have told me that this particular style of interstate can be dismantled at the rate of a block a week because of how the concrete pieces lay on top of one another.

Looking ahead, what worries you and what makes you optimistic?

I’m totally excited about the possibility of transforming the city and actually building back an area that was devastated, but building it back in a way that is unique and rich and equitable. The thing that I’m concerned about is transparency and our city’s ability to really work quickly and efficiently. There are plenty of cities that are going to be vying for this money. The Washington Post story that actually started this whole interest in Claiborne quoted the mayor of Syracuse, which is going to be going after the money just like every other city, right? St. Paul has a plan that they want to execute, as does Austin and Tampa. If we do the, ‘Okay, we’ll get there one day … after the parade,’ the money is going to be gone. But I’m confident that we have enough skill and talent and vision here to actually get the work done.