NEW ORLEANS – Thanks to a long spring break season and exceptionally beautiful weather, visitors have been flocking to New Orleans again – but mostly on weekends and mostly by car. Attractions like the Audubon Zoo have been posting attendance numbers that are similar to 2019, but the city’s hospitality industry – ordinarily a source of more than $10 billion in visitor spending – is still lacking the meetings, cruises, big weddings and international flights it needs to return to full strength. 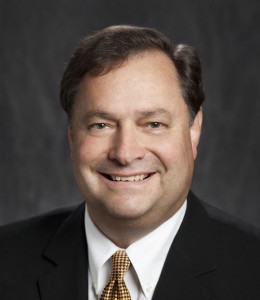 March was an important turning point, though, according to Stephen Perry, the president and CEO of New Orleans & Company. The nonprofit destination marketing organization is responsible for selling the city to visitors.

Listen to Perry on this week’s “Biz Talks” podcast.

“We began to get a feeling of cautious optimism,” he said. “This year, spring break stretched for a three- or four-week period because schools were on different schedules. But we also had great fortune in that the weather was spectacular. All of a sudden, instead of being at 35 percent occupancy on a weekend night, many of the more well-known properties in the Quarter were hitting 90 percent. If you were just alive in New Orleans, you could feel the change.”

Perry applauds the loosening of restrictions that is allowing bars and restaurants to serve more customers, but there’s one thing that’s still on his wish list: he hopes the city and state will adjust the rule that requires tables to be 72 inches apart from each other.

“If we could change anything as an incremental step right now, what we would do is reduce the 72-inch spread down to 48 inches and still keep to 75% capacity. Try that for a month. And then let’s see the numbers,” he said.

The reason, he said, is that the city’s many historic restaurants and neighborhood restaurants don’t have a lot of floor space to begin with, so the table distance rule is limiting them more than the capacity limits.

On the other hand, Perry said he thinks the city and state are wise to keep other safety rules in place.

“You may think this is heresy,” he said. “But let me tell you, everybody in our industry in New Orleans believes that masking up still matters. Now, we’ve seen states on either side of us eliminate masks. I don’t think it’s prudent. We’re not there yet. … One of the things we saw when Texas lifted the mask requirements is that three conventions in Austin cancelled. So there is a balance that you have to have right now and we’re trying to do that.”

So far this year, the city has hosted a few small conventions, which Perry describes as a sort of “spring training” session – but the real test for the industry will be this fall.

“Our leads are back up again,” he said. “We have a few really nice conventions this fall and we’ve been working with them almost on a weekly basis to make sure that we and they are crafting the right messaging and safety protocols. We actually have the National Association of Chiefs of Police the third week of September, and they are a tremendous group and a regular customer.”

As he ponders what the recovery could look like in October – when the city is scheduled to host French Quarter Fest, Jazz Fest, Voodoo and more – Perry thinks back to the year after Katrina.

“A lot of people questioned whether Jazz Fest should happen that year,” he said. “But that was the national planting of the flag in the ground that New Orleans was alive, its culture was alive. I think we’re gonna see a repeat of that this October. We can’t talk about the talent, but I will tell you Quint [Davis, producer of Jazz Fest] has got some unbelievable names lined up. And he’ll be able to make a final decision in July. But right now, things are looking awfully good.”

How good? Perry predicts that the city’s downtown hotels will have an average occupancy rate higher than 50% this fall – and that includes weekdays. During Jazz Fest, in particular, he expects many to be sold out.

After surviving months with occupancy rates in the single digits, that prediction is certainly music to the industry’s ears.