Too Much Too Quickly

Digital transformation expert Neel Sus, CEO of Susco, shares lessons he’s learned on how to successfully, and unsuccessfully, make big changes — both personally, and in business.

As the CEO of a Susco, a local software development consultancy, I’ve had the privilege of being involved in digital transformation (DX) projects for many clients large and small for almost 20 years. In that time, I’ve assumed many roles — champion, product owner, architect, developer, project manager, engagement manager, and business developer. In these roles, I am proud to have played a significant part in many successful projects.

Three years and 45 days ago, I turned 39 years old.  I was walking up the stairs when I realized my knees were really hurting… and then out of the blue, it hit me – I am a hot mess and I’m going to be 40 in a year: I was 100 pounds overweight, working 70 hours per week, smoking like a chimney, and constantly worried to the point that I needed Ambien on an almost daily basis.

It was at that time I started a “personal transformation” project, because I knew a quick fix wouldn’t help.  By discovering my “why,” learning how I met my needs, changing my limiting beliefs, and replacing bad habits with good ones, I’ve been able to get in a great place personally and greatly enhance my business’s performance.

I’m happy to report that personally I’m in great shape, I sleep like a baby, my personal relationships are amazing, and I have high baseline happiness no matter what is going on around me.

As I was going through this personal growth process, I began incorporating some of the principles and practices into our methodologies at Susco. This led to a series of important breakthroughs in the way we lead, coach, communicate with clients and execute our work.

I began to see and understand the many parallels that exist between digital transformation and personal transformation. Growth in one area made me much more effective in the other.

My goal is to help break down barriers in how we perceive problem-solving.

For this post, we’re discussing how implementing too many changes at once — whether that is rolling out a new system in your company or changing your personal health and habits — can lead to failure and leave you or your company worse off than when you started.

The sequence and speed involved in the steps of transformation play a critical role in the success of your project or results you’ll see in your personal life. I’m going to walk through the difference between a ‘monolithic rollout’ and an ‘iterative rollout’ in both legacy system conversions and personal habit changing, and look at why many people and companies fall into the pitfalls of implementing too many changes too quickly. Finally, I’ll share how you can avoid burnout and introduce a series of smaller features and habits to improve your professional and personal systems for the long-term.

As the name suggests, doing something in a monolithic way involves introducing a massive, complex set of changes into a system at the same time.

In legacy system conversions, this takes the form of doing a single development effort to replace a legacy system, add new modules, and concurrently change the business processes.

By contrast, an iterative rollout is when you migrate the legacy system with minimal changes to the business processes (a.k.a. workflows), and then once that project is complete, live, and defect-free you phase in new modules or process changes to the current feature set of the system.

In personal transformation, this is the classic case of deciding to simultaneously start going to the gym, quit smoking, cut out sugar and meditate every single day from day one. Spoiler alert: that method did not work for me!

By contrast, in iterative personal improvement, you would pick a habit at a time to change (be it quitting a negative habit or adding a positive one), then make it part of your routine for 30-60 days before tackling another habit.

When we examine the same issue from both sides, we find that there are a handful of troublesome outcomes that arise as a result of monolithic rollouts in both digital and personal transformation.

Although we may have the best intentions when we attempt to bundle our new habits and change our lives all at once, we are unwittingly weakening our ability to change each individual habit due to negative synergy.

I remember it like it was yesterday – it was December 31, 2015, and I said to myself, “My New Year’s resolution is to get in great shape. I’m going to go low-carb, quit smoking, work out daily, and start meditating!”

By January 5th, I stopped meditating. By January 10th, I had dropped all new habits, and because I was so disappointed in myself, I was eating and smoking even more… and forget about the gym!

What on earth happened?

The nicotine in cigarettes activates a pathway in the brain that suppressed my appetite. As a habitual smoker, my body was used to this feeling. However, once I removed that appetite suppression, I felt hungrier. As I attempted to eat healthier and drop pounds, my body was demanding more food. Ironically, I decreased my odds of successfully implementing any good habits by increasing the number of bad habits to overcome. I set myself up to fail, and I quit trying due to the strain.

In digital transformations, this is all too common. Ages ago, before we knew better, a client of ours had a legacy system that handled both CRM and accounting. There was a big customer in the system who had 10 unique client codes (as they had acquired 9 companies). The sales team had us merge them into one client. We went to roll out the new system, and, because no one realized that two of the accountants were using the client codes to report on the end client by region, the general ledger was now off by $1.5 million. Had we waited until we had gone live, we would have understood this accounting edge case when the sales team requested the change.

We only have a certain amount of willpower we can tap into to get things done. When there are too many arduous tasks on our plate, we become physically and mentally exhausted. Our energy levels drop, we lose stamina and our initial excitement fades due to lack of focus. Trying to improve your overall health is a much more tiresome task if you are all of a sudden exercising every day, eating clean, cutting out sugar, meditating, journaling and reading. Remember my New Year’s resolution story? Don’t drain yourself trying to overtrain yourself.

For example, it takes me a lot of effort to write for a large audience (like this, for example). I know if I have to write a blog or presentation, I need to work on it first thing in the morning. If I don’t, I may be drained by a multitude of events — a difficult coaching session, many urgent tasks or attending long meetings. It’s worth noting that there are habits I’ve adopted to increase willpower — mid-day meditation or strength training in the morning —but I still need to be cognizant of my personal power bar.

The same concept applies to users of a software system. When you do a legacy conversion, you’re already placing a great strain on the user base by asking them to accept a new system that they aren’t familiar with to do their jobs. If, on top of that, you’re adding new modules and/or changing workflows on them, it’s much more likely you’ll have frustrated users that don’t support rolling out the new system.

Just as you only have a finite amount of energy to put toward a task, you also only have a certain amount of time in a day or week to devote to your new habits.  Attempting to stack as many activities as you can is not only going to leave you overwhelmed with how much time each one takes, but could also cause you to neglect other important aspects of your life. While, eventually, we would like to incorporate every new habit into a completely new, healthy lifestyle, there is a learning curve involved before you are able to maximize efficiency.

Part of the reason my New Year’s resolutions failed is that they were competing for time. I attempted to add meditation (20 min.) and working out (1 hour) to my morning routine, and that was too large of a change to add in the morning, given my obligations to also do my part preparing my children for the day.

When an organization commits to a legacy conversion, they have to allocate internal staff to support the project, even if they are outsourcing the development. Oftentimes, I’ll see many of these organizations allocating project manager(s), business analysts, and subject matter experts. Requiring these resources to help support new module development and process changes during the legacy conversion takes much-needed attention away from the core project.

Many times we aim to reinvent ourselves in order to start something new or eliminate something bad. However, if we don’t take the time to set parameters and measure effectiveness before we begin, we can easily burn ourselves out, spinning our wheels without ever achieving a specific end goal. Each new habit should have its own measuring stick we use to define success. When you start five new habits at once with the intention of simply “being better,” you aren’t giving yourself a tangible finish line. You’re just running to run.

Whether in business or in life, we tend to want to make dramatic changes, start fresh and immediately switch from the old to the new. It feels more energizing to say to ourselves, “This is the new me.”

In software, rolling out an entirely new system can be a huge headache in general, let alone dragging it out over the course of a year. You’ve established your processes and trained employees using an existing system. It’s no wonder that you would like to rip the band-aid off and only go through this process one time. Plus, having a specific cutoff date makes a rollout easier to plan. “We will launch February 12th!” sounds much better than “We will slowly introduce new features piece by piece for the next nine months.”

In our personal lives, it’s much more refreshing and inspiring to think about our new self as an overnight success. We don’t want people to think we’re not giving our all on self-improvement. No, we want to show everyone that we have reinvented ourselves, and we don’t want to linger on bad habits. That was the “old me.”

However, it’s very easy to measure the impact of one personal change at a time, as I’m controlling the variables. By only adding meditation in Feb 2017, over the next month I can say with confidence it’s the reason I went from needing Ambien every night to fall asleep to never needing it again.  Had I also added working out at the same time, I wouldn’t have known the root cause.

The same thought process occurs when we talk about digital transformation. It’s very easy to measure success when you stick to doing the legacy conversion first. You can compare apples-to-apples regarding performance time, error rates and employee satisfaction with the new system. Once the waters are muddied with new features and changed processes, you can’t measure the change in overall effectiveness.

The following are the benefits of an iterative approach to legacy system conversions and personal development: 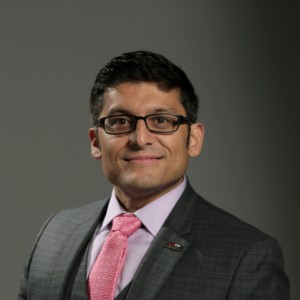