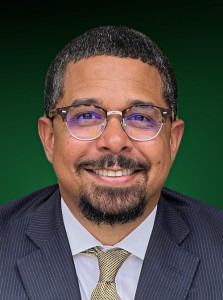 NEW ORLEANS — The board of directors of Liberty Bank and Trust Company have announced that Todd O. McDonald has been named the bank’s president effective May 2. Current Liberty President and CEO Alden J. McDonald Jr., Todd’s father, will continue to lead the Liberty Financial Holding Company.

The younger McDonald, who is 41 years old, takes the reins of an iconic financial institution with more than $1 billion in assets. He joined Liberty in 2003 after earning an undergraduate degree from Morehouse College. He received an MBA from Northwestern University’s Kellogg School of Management in 2013.

McDonald has held numerous executive positions at Liberty Bank and was selected to serve on the bank’s board of directors in 2017. Most recently, he served as executive vice president of corporate strategy. The board said his accomplishments include forging national partnerships that have produced several new revenue streams, helping raise $30 million in “tier 1” capital, and refining existing initiatives around the bank and within the Liberty Financial Holding Company.

“I am excited about the opportunity to continue to serve Liberty’s community focused mission and the legacy of helping people build generational wealth,” Todd McDonald said in a press release. “I’ve been singularly driven to build solid stakeholder partnerships and evolve financial products which meet the financial needs of an ever-changing world. This next 50 years will be extraordinary as we reshape our culture, talent and organizational capabilities which will make us more agile, more competitive, and more effective in our efforts to close the wealth gap in underserved communities across the country.”

“Todd has the leadership skills, vision, and drive that the Bank needs in these unprecedented times,” said Alden McDonald. “I’m excited to see him continue to build a culture and team committed to pushing the bank to new levels. I know that our amazing staff, friends, and family will allow him to enjoy the same levels of support and dedication to which I have been privileged for the last fifty years.”

Week in Review, May 9-13: Target Renovation, Payton's Speech and More