NEW ORLEANS — During a candid interview for the May issue of Biz magazine, cover star Ti Martin revealed how she’s furthering the work of her mother — the late Ella Brennan, who revolutionized the city’s dining scene — while taking on new challenges. Martin also discussed her experience as a female entrepreneur in the competitive hospitality industry, at one point noting that her “whole life is one big collaboration,” partially because she’s a woman.

“I like to surround myself with the best people I can and get input from everywhere I can. That’s one of the first things you teach a young cook,” said Martin, the board chair and co-founder of the New Orleans Culinary and Hospitality Institute (NOCHI), and the co-founder of Picnic Provisions & Whiskey in Uptown. Perpetually busy, Martin helps run Commander’s Palace family of restaurants. But she still finds time to support and mentor aspiring chefs.

Last week, in fact, Martin spoke with a group of women hoping to one day own and run a business in the hospitality industry.

Her speech was part of Owning It, a James Beard Foundation program designed to introduce emerging leaders in hospitality-related fields to the best practices for planning and launching a business.

The James Beard Foundation’s mission is to nurture and honor the people making America’s food culture more diverse and sustainable for everyone. Mia Devillier, Kristin Essig, Kelly Fields, and other notables from the New Orleans culinary world spoke during the illuminating event, which took place at NOCHI. 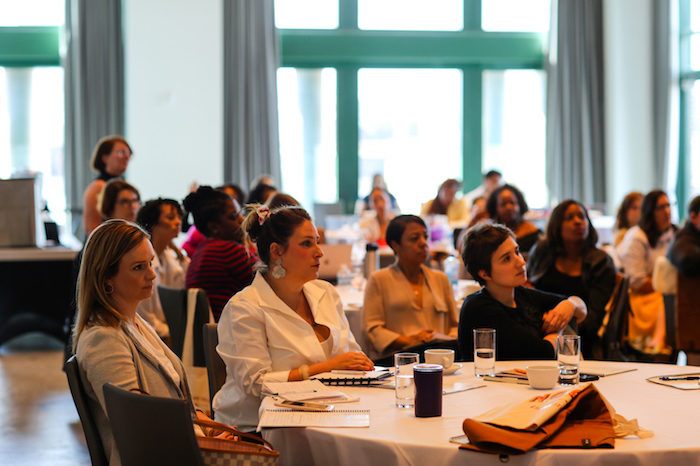 Owning It workshops have also taken place in Chicago, Illinois and Phoenix, Arizona. Sacramento, California is the next stop.

“(James Beard Foundation) is here with a focus on women and trying to get women into ownership, hence the name of their event,” she added. “I am just wildly grateful for New Orleans being one of the cities that they’re focused on.”

During Owning It, Martin recalled the groundbreaking careers of Leah Chase, Ruth Fertel, and Ella Brennan, and she encouraged women to follow in their footsteps, despite the challenges they may face along the way.

“In my particular position, I never gave it a damn thought,” Martin admits. “I was surrounded by strong women going out and doing their thing and that’s what we did. My mother and her sisters and brothers opened businesses, and then we came and did the same thing. However, I’m quite aware that there are issues with that. But you just go forth.”

Martin and her colleagues also discussed strategies for funding a business, the pros and cons of working with a business partner or an investor, and other logistical concerns faced by startups.

“These young people are right in the thick of needing to understand all that, and there’s not really a good roadmap,” said Martin.

“I heard one young lady saying she wanted to do this, but she didn’t want to have to put a personal guarantee on her business loan. And I thought to myself, ‘Well then, you’re not an entrepreneur.’,” said Martin. “If you’re not willing to bet on you, why should the bank, or the investors, or anybody else bet on you? When you bet on you, you’re betting. I have had everything I own on the line many times. That is something that a lot of people aren’t willing to do.”

Several program participants spoke about their desire to help one another succeed, which Martin found relatable. After all, she is close friends with chef Susan Spicer, and she acknowledges that the two have confided in one another throughout their respective careers.

“Developing a network is very important,” she said.

During the event, Martin acknowledged that “entrepreneurship is no walk in the park,” and it’s simply not for everyone.

“They better face that sooner rather than later,” she said, adding that the women who do move forward should take calculated risks and find support from programs like Owning It.

“It’s okay to want to succeed in multiple ways: personally, professionally, and career-wise,” said Martin. “And when you do that, then you can turn around and help a lot of people, including people in your city and your industry. That’s been my personal mission in life.”