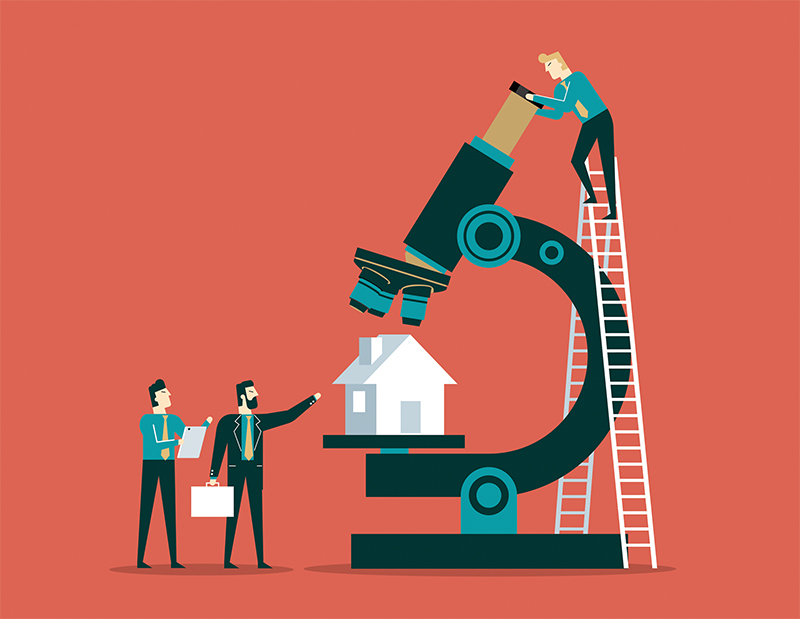 Real estate regulations change all the time, making things confusing for those looking to rent, purchase or sell a home, or even invest in properties. That’s why anyone involved with any of these activities should consult a lawyer and make sure they understand everything before signing a contract. A real estate lawyer keeps up with all the changes and knows how to navigate what can often be a confusing system, especially when it comes to sales and investments.

The following are some of the top issues in real estate according to lawyers in the metro area.

Julie Quinn, a partner with Quinn Alsterberg, a firm that specializes in all aspects of real estate and construction, represents a wide variety of investors, developers, contractors, subcontractors, third-party inspectors, agents, purchasers and business owners.

“I assist in due diligence of acquisitions through negotiations, as well as the zoning and permitting and waivers/hearings associated with those issues and contracts involved,” she says. “My partner, Justin Alsterberg, specializes in construction contracts and construction litigation.”

Quinn notes one of the major issues this year continues to be short-term rentals. Initially, STRs were about nothing more than a homeowner renting out an extra room for money. However, in response to the demands of the lucrative STR industry, coupled with zoning restrictions, savvy developers quickly morphed STR developments into limited-service hotels, whereby a hotel license was obtained, but the “hotel” was rented on a traditional STR platform and managed by an STR management company.

“These ‘hybrid hotels,’ with bare-minimum basic hotel services in order to maintain licensure, coupled with expanding technology, are merely one step short of the next wave of vacation options: kiosk-based hotels,” she says. “City officials will soon be faced with managing the strong lobby of the hotel-motel association against innovative progress and demand for efficiencies by cost-conscious consumers.”

Not unlike grocery stores, car rentals and airports, consumers across the country are already able to check into a hotel via kiosk, and it is predicated that soon these kiosk hotels will completely lack front desk personnel. Quinn says city officials will soon be faced with a slippery slope of what constitutes a traditional hotel, versus what constitutes a kiosk hotel or an STR.

“The change in STR laws within the city of New Orleans will impact such investments,” Quinn says. “Current investors are in a gray area, while future investors will need to review the law more closely to determine what is allowed and what is not allowed.”

Ryan M. McCabe is a partner with Steeg Law Firm, LLC, which specializes in commercial real estate, including condominiums, development, zoning and land use, leases, purchase and sale, property administration, real estate financing, and title insurance for virtually any type of property.

He agrees that STRs are something that should be on every attorney’s radar, but says another top issue in New Orleans right now is affordable housing, and the two go hand-in-hand.

“The two issues are intertwined, of course… when long-term rental housing that is taken off the market for use as short-term rentals, it has the effect of increasing rents and housing prices,” he says. “This is either a positive development or a negative one, depending on whether you’re a property owner or a tenant, and the issues have sparked policy debates on the local and national level.”

The issue of increased property values in New Orleans is particularly timely given the assessor’s recent reassessment, which has resulted in many property owners seeing their assessments (and property taxes if the current mileages remain in place) skyrocket. That, McCabe says, will drive the importance of the issue even further.

Kelly Longwell is a director in the New Orleans office of Coats Rose, which maximizes tax credit benefits for real estate developers and investors in structuring real estate developments across a wide spectrum of projects — including hotels, apartment complexes, office buildings, residential condominiums and retail commercial space. She agrees the top issue in real estate law is affordable housing, mostly because of the way it impacts communities.

She explains an estimated 50 million Americans are considered severely rent burdened, paying more that 50 percent of their income in housing costs (rent, taxes, utilities and insurance). And the problem is only getting worse with communities desperate for money that are increasing property taxes and insurance companies recouping losses from natural disasters. These increases are passed on to the tenants or homeowners.

“We have been involved in giving presentations to public bodies, including municipalities, parishes, counties and state agencies including housing finance agencies, and federal agencies including HUD,” Longwell says. “We also assist in the policy discussion to help marry various financing sources with separate rules and regulations and navigate master planning and zoning, and we have firsthand experience with assisting clients in addressing the concerns of important constituencies.”

“The people on the ground in charge of the department or the inspectors themselves — it’s my belief that they are concerned about job security and why an independent company is going to come in and do the same job they are going to do,” Longwell says. “They may have some legitimate fear that if they don’t have control over the process, it won’t be done correctly.”

Longwell says agencies she’s seen that have used third-party inspectors have been happy with the experience.

“Contractors love the convenience because you can just call and they are [on site] that day,” she says. “The public agencies don’t have those resources, and you may be forced to wait days or even weeks, and a contractor could lose a crew waiting. Also, in places where they have implemented [third-party inspectors], it has saved public agencies a ton of money. People just need to get over the fear of the unknown.”