As the year comes to an end and we look back to measure the year’s success, I asked some fellow business owners what they look for in their companies as successful benchmarks other than revenue and profits. Everyone can measure a year by numbers, but success is not always measured by a statistic. Sometimes success is a feeling of winning at an opportunity.

Across the board, I received so many great ways to value a company’s year as a success. One business owner opened a new division with product lines, spending capital for growth, while another hired a new employee who is making a difference in the company with improved productivity. Every one of them could point to opportunities that presented themselves and later became a measurable success that wasn’t tied to a number or statistic.

At Renaissance Publishing, we had great opportunities presented to us as well, and we are focusing in on those long-term successes. Whether it was a new custom publishing title coming on board, a redesigned magazine, a well-deserved promotion, a new digital product in development or a new hire excelling at their position, all these and so many other successes made for a great year.

This year, success was also measured in industry accolades, via awards for the content in our magazines. Once again, our editorial team across the company won local, national and international editorial awards showcasing their excellent talents in writing, photography and layout and design. This marks 16 years in a row, since the formation of Renaissance Publishing in 2006, that our editorial team has taken home awards. They have never missed a year without a gold award for their excellent work, and we are so proud of them.

So, as the year closes out, I invite you to investigate your company and make a success list, a list of those opportunities that were presented to you that became great wins for the future.

A note from the desk of Todd Matherne 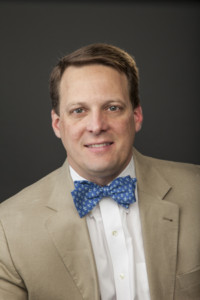 Todd Matherne started his career in 1987 and fell in love with the business of  publishing.  In 2006 along with other  partners he created Renaissance  Publishing, which today publishes seven magazines and over 20 custom titles.  He serves on many boards and is  involved in committees and events  throughout New Orleans. He has a  Bachelor of Science from The  University of New Orleans and because  he is local we will add "he went to  Archbishop Shaw" Class of 1985.  He is  married with three daughters and lives  in New Orleans.

To reach Todd Matherne directly, contact him at todd@bizneworleans.com.

It Is Winning Season