Debbie Lindsey, co-owner of the Kitchen Witch culinary book store in the Quarter, showcases her own recipe for style.

If you own a shop in the French Quarter named the Kitchen Witch it is ok to be a pretty witch who wears tights to work.

There may not be a broom for Debbie Lindsey to ride but there are 8,000 mostly gently used cookbooks filling every nook and cranny in her interesting shop on Toulouse Street.

“All of our books are up for adoption,” she says with a smile as she explains that it was Philipe LaMancusa’s idea to open a culinary book shop. “A chef by trade, Philipe had collected 5,000 cook books and he always wanted to have a shop in the French Quarter to recirculate his books.”

When quizzed about her fancy for tights, she explains, “I’m just a shop girl who likes dramatic, quirky and eccentric attire. Actually, what I wear depends on what is hanging up clean and not too wrinkled. My style also depends on whatever is on sale at the thrift store or hand-me-downs, and I always remember what my mama told me, ‘Clean underwear makes all the difference.’”

Debbie and Philipe met at CC’s Coffee Shop on Royal Street 15 years ago.

“It began as friendship and quickly led to romance,” Debbie says. “I still remember the day he asked me ‘Hey, do you want to go into business with me?’ It was all because we had made it through Hurricane Karina, and Philipe seemed to think if you don’t die, why not open a shop.”

Philipe had an earlier culinary book shop before Katrina that had failed because of a poor location.

“Fortunately, the ill wind of the hurricane created a vacancy in an ideal spot between Chartres and Royal streets complete with a landlady who offered fair terms for a lease,” she says. “We got the world’s smallest bank loan, signed the lease and opened in November 2005. Now I know it was the best thing I ever did.” 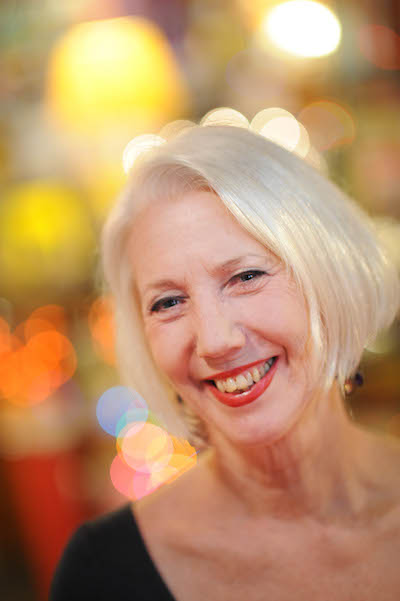 A native of Mobile who came to live in New Orleans in 1989, Debbie says, “I knew New Orleans well because my parents weaned me on trout almandine at Galatoire’s, their favorite restaurant. You could say New Orleans was in my blood (and stomach) at an early age.”

With a degree from the California Culinary Academy in San Francisco in hand, Philipe came to New Orleans many years ago. He worked with Paul Prudhomme at Commander’s Palace, and also at other well-known restaurants such as Peristyle and Muriel’s before he ventured into the shop business.

“When we first opened, Philipe worked as a chef to pay the rent, and I was running the shop most of the time. I didn’t know MFK Fisher from Cajun chef Justin Wilson when we began, but as co-owner and business partner, I had to step up my game and learn, learn, learn. I had worked as a waitress at Café Maspero on Decatur Street before I became a shop girl at the Kitchen Witch, so I could ‘talk’ food and ‘serve’ our customers. Now instead of selling someone a plate of food, I sell them a book on how to cook the food.”

Debbie says she loves tourists, which is good because they make up a large portion of the shop’s customer base. “Whenever I get a little burnt-out on dealing with folks, I just remember how I felt when traveling and how being treated with kindness made me feel at home and truly made my day,” she says. “Tourists are so receptive to being taken under your wing and they appreciate the extra friendliness.”