The Wise Women of STEM

GNO, Inc.’s mission to diversify one of the most rapidly growing industry sectors in Greater New Orleans.

Liyah Ernest used to fear that question. Even though she’s a brilliant and confident student—she took advanced physics her freshman year of high school and was accepted into Stanford University with a full scholarship—she still wasn’t sure what to focus her college studies on or which career path she wanted to pursue.

That began to change after an ordinary afternoon at the hair salon, where she heard about the program that would change her life. Her hairdresser told her about a mentorship program called the Women in the STEM Economy (WISE Women) initiative. Ernest applied to the program and got accepted. She said that in just a few weeks, her entire worldview—and the way she saw her hometown of New Orleans—was different.

While the Crescent City is known across the world for its unique culture, food and music, it’s also rapidly establishing its reputation as a hub for STEM (science, technology, engineering and mathematics) industries. Through the WISE Women program, Ernest was able to explore and experience some of the STEM opportunities right here in the Greater New Orleans region.

Ernest says that she, like many of her peers, just wasn’t aware of what was possible–and which industries were creating jobs–in her own backyard. Ernest graduated from Ben Franklin High School in early 2022 and took dual-enrollment classes at the University of New Orleans. But it wasn’t until she participated in the WISE Women program that she learned a biotech company, Obatala Sciences, was also operating on UNO’s campus, just steps away from her classroom.

“WISE Women has shown me that New Orleans, my home, does offer successful and cool–like very, very cool–careers,” Ernest says. 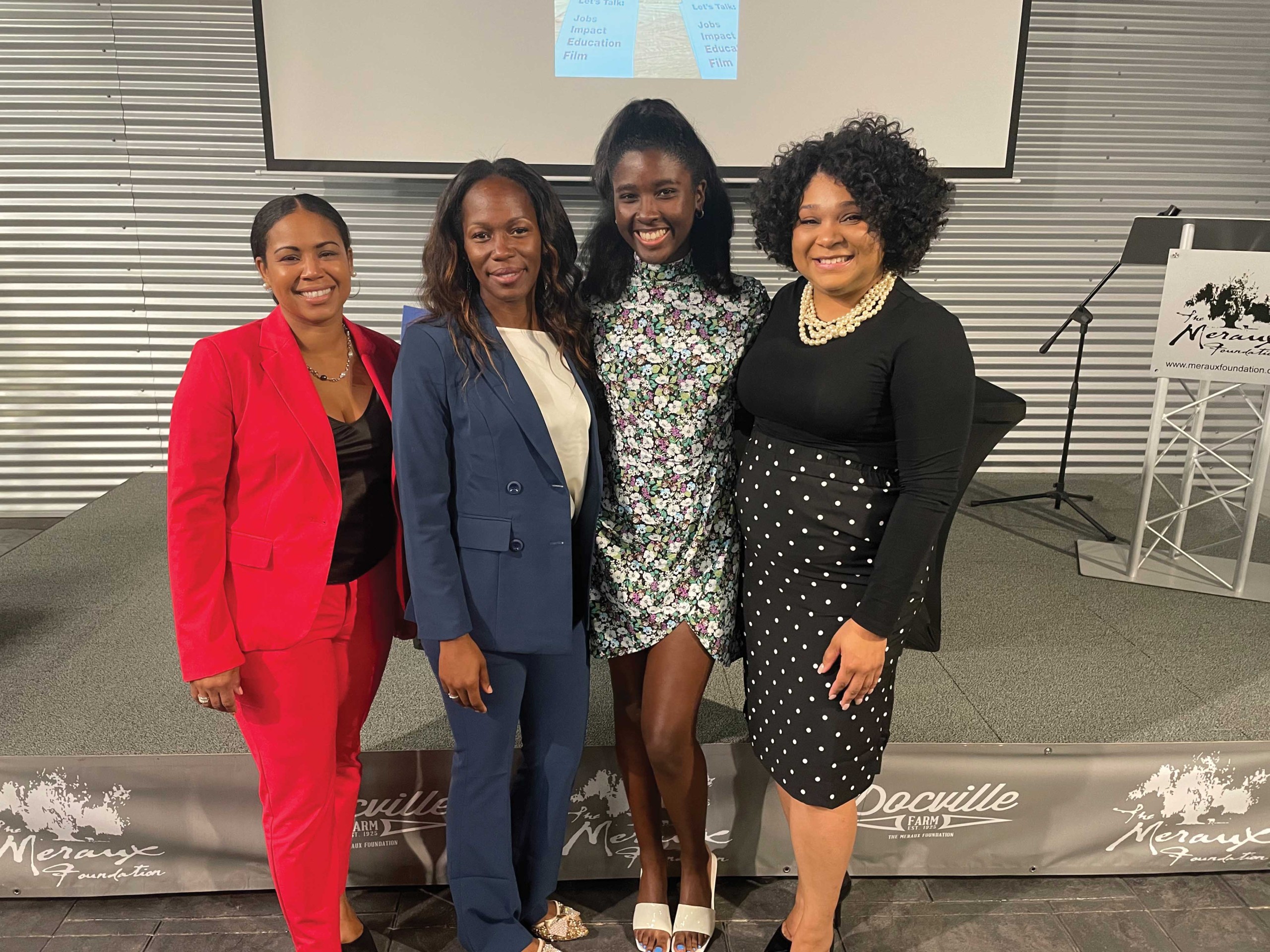 Louisiana has historically lagged behind the rest of the country when it comes to STEM jobs and education. A 2014 study from Georgetown University found the state was nine percentage points behind the national average for STEM job opportunities for new graduates. Additionally, a majority of STEM workers are white and men, who are paid more than women for the same or similar roles.

But Louisiana is trying to change that, and initiatives like the WISE Women program will help close the gap and boost STEM learning in the region. That includes closing the opportunity gap for underrepresented and underserved populations, such as women and people of color, to engage in Louisiana’s STEM workforce and economy. ACT 392 of the 2017 legislative session created and funded nine regional STEM centers throughout the state to help communities, parishes, multi-parish regions, and the state improve access to STEM education, participation and advancement.

Daphine Barnes, Director of STEM and Economic Mobility at GNO, Inc., is the Region 1 STEM Director for Louisiana, as well as founder of the WISE Women initiative. “Historically, there has been a significant gap in women, especially those representing racial minorities or have socioeconomic disparities, in science, technology, engineering, and mathematics careers,” Barnes says. “The program was created to expose, engage and inspire young women to pursue STEM careers where they are typically unrepresented.”

Barnes says her goal is to increase the number of young women selecting, matriculating through, and becoming employed by STEM companies—hopefully within the region. She said that the program is currently engaging these young women at a transformative point in their lives–such as high school graduation–and giving them insight on lucrative careers that can change their entire life trajectory, positively impact future generations, attract and retain businesses, and improve the community as a whole. “If I can encourage just one young woman to pursue a STEM career, or help her discover her capacity for STEM, I have done my job.”

Since its formation this year, more than 200 young women throughout the Greater New Orleans region have applied for the WISE Women program. Twenty-two mentees were selected for the first cohort and were guided by 25 mentors representing a wide and diverse range of STEM occupations, including trade professionals, educators, engineers, computer scientists, doctors and more. These mentors taught and advised their mentees about opportunities that might align with their individual interests.

One of those mentors was Kelsey Maneau, the first woman to ever work on the space launch system team at NASA’s Michoud Assembly Facility in New Orleans East. As a young woman of color herself, Maneau says she welcomed the opportunity to share her insights and what she’s learned through her own personal experiences navigating the STEM industry.

“I didn’t have a representation of what a woman in STEM looks like,” Maneau says. “As a mentor with WISE Women, I hope to build positive and effective connections to support, empower, and inspire the other young women in STEM academically and personally.”

A native of New Orleans, Maneau was displaced by Hurricane Katrina and briefly moved to Alabama with her family. While she was there, she attended a NASA Explorer School, which she says piqued her interest in STEM.

“I knew I wanted to be a part of that world,” she says. Maneau returned to New Orleans, got an internship at the NASA facility, and later accepted a full-time position. She credits her exposure to STEM jobs at a formative time in her life with sparking her professional journey, and she hopes she can help guide the next generation of STEM leaders in the same way.

Maneau says what she loves most about being a mentor is watching the reactions of mentees when they visit an exciting new place, like Obtala Sciences, Ranch Movie Studios, NASA, or the New Orleans International Airport, and realize they could work there someday. She says it’s “priceless” to see their faces light up when they are inspired and empowered. “Sometimes, hearing a reminder from another woman on the same mission is all one needs to get through,” Maneau says. “It does a lot of good.” 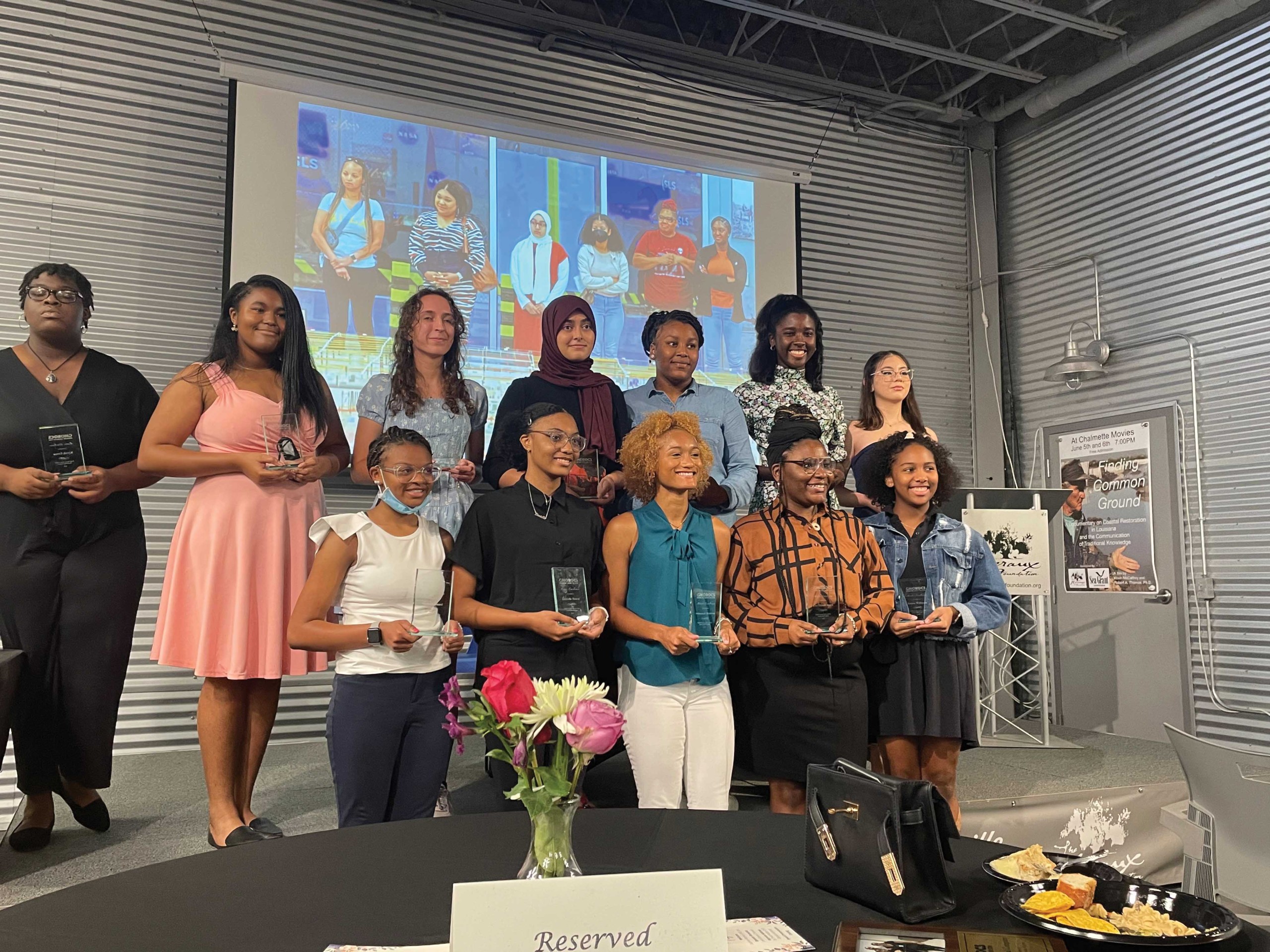 In fact, the positive effects of representation and diversity can span generations, as STEM careers are often lucrative, high-wage, high-growth opportunities. Barnes says the statistics don’t lie. “Women who have these types of careers have a multiplier effect throughout the community that is stronger than those of men—especially women of color,” she says. “If we increase the number of young women who have these high-wage, high-growth careers, we can decrease poverty and increase generational wealth.”

Barnes says that’s why it’s crucial that education, community, business and industry work together to increase the number of students who pursue STEM careers. They have the potential to improve entire communities by increase tax bases that can create better schools and infrastructure and increase community investment—especially through home ownership and small business ideation and creation.

In addition, when companies are determining where they will headquarter or expand their business footprint, a pipeline of talented workers is crucial to their decision making. If New Orleans has a highly skilled, employable workforce, the region can attract and retain even more businesses. “We want and need businesses within our region,” Barnes says, “so it is incumbent upon us to make sure that we can support them.”

Of course, that all starts by inspiring the next generation of STEM movers and shakers–like Liyah Ernest–and introducing them to the opportunities available right here in Greater New Orleans. On the other side of her WISE Women experience, Ernest says she has the knowledge and confidence to open new doors before deciding on a path to follow.

“Most importantly,” she says, “WISE Women has taught me to embrace my answer of ‘I’m not sure what I am going to major in…yet.’”