NEW ORLEANS — “Where are you watching the game?”

It’s a question that comes up a lot during Saints season. And given that New Orleans is teeming with restaurants and bars airing the matches on flat screen televisions, and touting drink specials throughout the day, the answers are wide-ranging.

This fall, locals have a slightly new option that offers a different experience than the others. The Vintage Rock Club (1007 Poydras St.), which opened in November of 2018, will host rollicking watch parties during away games, and pre-game watch parties for games happening at the Mercedes-Benz Superdome. Boozy VIP packages are available for groups. There will be $5 cover charge on game days; the first 100 guests receive free admission.

However, the music-inspired downtown venue requires a unique business approach.

Vintage Rock Club currently opens to the public on Thursday, Friday, and Saturday nights at 9 p.m., which allows the outfit to host private events – from high school reunions, to birthday celebrations – earlier in the evening. Vintage Rock Club also throws pre-concert parties and quarterly themed costume bashes that focus on rock music from the 1960s through the early 1990s, and creates a “concert-like experience” by displaying throwback music videos and old footage of concerts.

Brechtel launched the club with his business partner Rick Farrell, who had been “dreaming of this concept” for nearly 30 years. It’s housed in an event space above Walk-On’s Bistreaux & Bar, and next to Copper Vine, on Poydras Street.

“It allowed us to take a space that was only open for private events and turn it into an identified brand that still focused on private events, but also opened a few nights of the week for walk in-guests,” said Brechtel.

Vintage Rock Club and Fulton Alley, which also frequently hosts private events, share a similar business model. But Brechtel has had to discover what works – and what doesn’t – for Vintage Rock Club while moving forward. 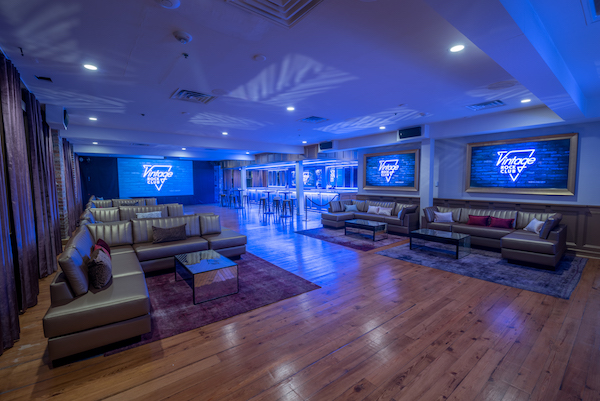 “The strategy is always tweaked slightly. Being a venue that’s not open all of the time is good and bad,” he said. “The good part about it was that we could be patient, because we already have the space. We’re already paying for it. So there was no real pressure to drive a lot of revenue right away so that we could pay our bills. We were able to do it the right way, to where we knew over time, as more and more people came to it, it would kind of take hold.”

The concept has evolved and soon, Brechtel says, it will expand. The building behind Vintage Rock Club, Walk-On’s, and Copper Vine will eventually become a private event space that generates additional revenue for Brechtel Hospitality.

“We try to create concepts that are relevant but also very experience-driven,” said Brechtel. “And so even though we obviously make our money from selling food and beverages, we can make a real experience, and we find that has a more lasting impression with guests.”

Brechtel’s team has promoted Vintage Rock Club through social media, PR campaigns, and around events happening throughout the city – including the Saints games that took place towards the end of the team’s most recent season.

“We got a lot of people in the venue during those game days,” said Brechtel, adding that he believes “word of mouth” is the best form of advertising. “I think by being able to get people in on those busy days really helps expose the brand to people who might not otherwise have seen it.