The Prize is in the Few, Not the Many

A new marketing tool, addressability allows you to target your media to your perfect audience at the perfect time. 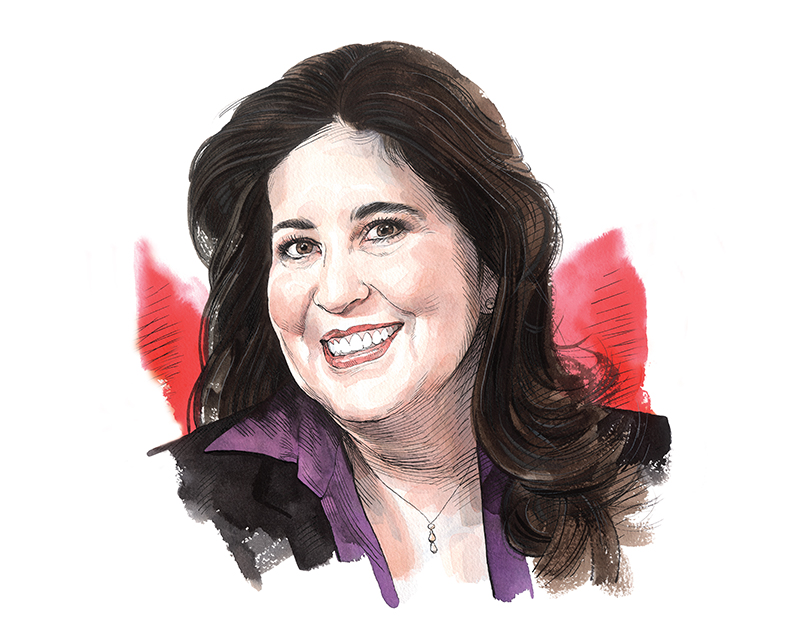 Julia Carcamo is president and chief brand strategist at
J Carcamo & Associates, specializing in brand and marketing strategy. She is also the co-founder of espNOLA, a Hispanic marketing and engagement agency. Learn more at jcarcamoassociates.com and espnola.com.

In the “Mad Men” days of advertising, it was easy to get your point across. There were only a few TV programs to watch, so it was easy to get your message out to the masses. However, changes in the media landscape over decades and the habits of the viewer have made it more challenging to get a message out to today’s audiences. Moreover, because of time-shifted viewing, ads are more skippable than ever. Relevancy has become an essential part of your ad strategy.

These same changes in media and habits, however, HAVE made it easier to get a relevant message to its perfect audience.
Today, the art — or rather, science — of placing advertisements in mass media is undergoing a rapid evolution from one-to-many to one-to-one. Metrics such as GRP (gross rating point) and CPP (cost per rating point) are becoming less of a foundation in how we choose where to place our ads.

We should all be paying attention to two addressability options: addressable television and addressable geofencing.

Addressable advertising is the ability to direct a message to a specific group or individuals through their specific devices — in home and out. With increasing time-shifted viewing, addressable television advertising has become a primary way to ensure your message is seen, not by a broad audience per se, but by the right audience.

Addressable TV selectively segments the ads seen by viewers. While various groups of people may watch the same program, they see different, targeted ads. In the simplest terms, this means you and your neighbor could be watching the same television show, or surfing the same website, but see completely different ad messages (hopefully) targeted to you due to some interest or demographic insight.

Chevrolet was an early mover in the realm of addressable advertising when the brand attempted to market the 2013 Silverado through the Dish Network and DirectTV. The results were amazing. The automaker saw a 23-to-1 ROI, an 11% increase in sales for the model itself, and an overall sales increase of 209%. Clearly, they understood they didn’t need to reach 100% of the media-buying demographic, but rather enough of their specific target audience.

Some of us are starting to hear the terms “over-the-top” or OTT with more regularity. That refers to connected television — basically when a TV screen is connected to the internet through an over-the-top (OTT) device that provides streaming programming: Roku, Apple TV, Amazon Fire, etc. This also includes smart TVs, which connect natively to those services. Over-the-top viewing has quickly become a mainstream behavior in the United States, with average OTT viewing hours per household jumping to 86 hours per month. Smart TVs have expanded the most year over year when it comes to OTT, according to Comscore’s latest study.

What’s nice about OTT is that ads are non-skippable. As marketers, we’re always asking ourselves, “How can we get our message to customers in a way that makes an impact, and how can we make sure it’s being seen or heard?” Because streaming viewers tend to be much more engaged, OTT may hold the key to message engagement.

New, But Worth A Look

Addressable advertising is still a new tool for marketers. The Video Advertising Bureau (VAB) found that 71% of marketers using addressable TV have been buying it for less than one year. The study found that 15% of advertisers include addressable TV regularly, and 35% have experimented with it. However, because it’s still such a new arena, inventory currently is limited (though growing). Even with the current state, VAB projects spending on addressable TV ads to rise to $3.3 billion by 2020, up from $2.1 billion in 2018.

Next month, we’ll take a look at addressable geofencing, and I’ll offer some tips on how to get started using addressable advertising to your advantage.