The Latest Advances in Eye-Tech

The next generation of security cameras is helping businesses protect against everything from employee theft to worker’s comp fraud.

When shooting erupted on Bourbon Street on a Sunday morning in June, the horrific scene was captured by surveillance cameras mounted on top of one bar and inside another. Shortly after, in a speech decrying the violence, Mayor Mitch Landrieu said police would make use of this “video evidence and eyewitness accounts” in order to catch the perpetrators.

Landrieu’s statement highlights the importance business owners and police officers attach to surveillance cameras in their quest to prevent crimes or apprehend criminals.

Improvements in camera quality, along with lower prices, have led homeowners to install surveillance equipment as well.

Landlords, property owners associations and residents are increasingly monitoring who enters and leaves their properties 24 hours a day.

Essentially, whether you are shopping, eating out or even visiting friends, there’s a good chance a camera somewhere is recording your every move. 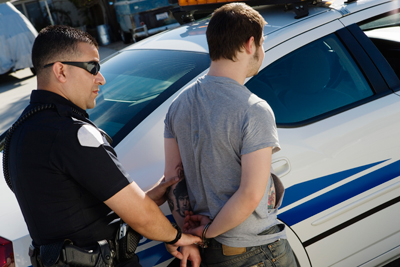 These cameras, which are monitored according to each customer’s request, provide what Charney calls “proactive protection.” If an intruder is seen, his company can trigger an alarm on site. Often, the noise is enough to chase away intruders. If they continue, police are notified.

According to Spencer Smith, president of Alarm Protection Services in Metairie, captured video can be stored on a hard drive or in the Cloud, making it available at any time to be viewed on smartphones, tablets, notebooks and laptops.

In addition to looking for intruders, the cameras can be used to monitor employees, or to figure out what times of day a business is usually swamped with customers and needs more help.

According to Smith, even smarter surveillance is coming online. Using “object tracking analytics,” cameras can be designed to look for unattended packages or anything out of place. This type of surveillance is used mostly by places with very specific security needs, such as airports and government buildings.

Diane Ritchey, editor of Security Magazine based in Troy, Mich., says retailers and shopping centers use surveillance cameras to watch not just shoppers, but employees – actively tracking inventory and making sure clerks are ringing up every sale.

“The amount of goods leaving with store employees is shocking,” she says. 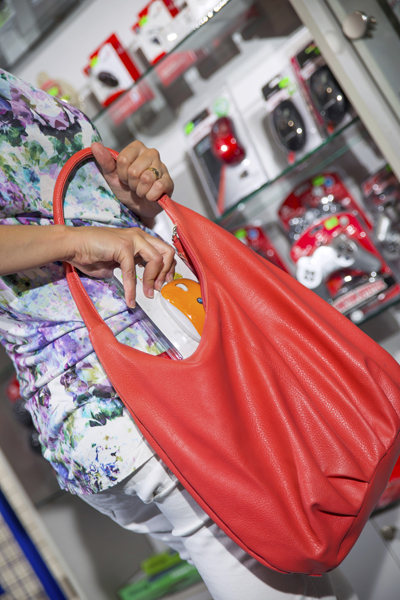 In some cases, merchants are gathering data to have just in case, or to try and prevent crime. Malls may scan license plates in the parking lots, with an eye toward using the information if a shooting or burglary occurs. They may also scan faces in the hope that monitors may be able to pick up clues to dangerous behavior.

Lou Sepulveda, vice president of USA Fire & Burglar Alarms/ASG Security in Harahan, has been in the security business for 41 years. He says one of the most exciting improvements is the way people can use their devices (cell phones, tablets, etc.) to arm and disarm security systems, check their status and receive text messages from the systems.

As an example, Sepulveda has a shed where he stores valuable equipment, so his security system is programmed to send him a text message anytime the shed door remains open for more than 30 minutes.

He says that once, while he was on vacation, he began receiving text messages during a storm that the electrical power was cycling on and off at his home. He was able to open his garage door remotely so a neighbor could go in and remove the food from his freezer. He also turned off the alarm system so the neighbor wouldn’t set it off. He could watch, from out of town, as a surveillance camera showed him his neighbor in action. And when he saw that the neighbor was finished, he remotely turned the alarm back on and relocked the door.

Monitors can also come in handy for cases of slip and fall charges. Retailers and insurance adjustors are able to use recordings to go back and see if an accident really happened or whether a customer faked the injury.

Hotels also make good use of security cameras, says Mike Cahn, president of security for the Greater New Orleans Hotel & Lodging Association. The cameras can be subversive (hidden) or fish eye (you see the camera but can’t tell what it is monitoring). They can even zoom in to read a credit card number as a clerk is ringing up a charge.

Bill Gordon, property manager for Superior Property Management in New Orleans, says most of the condo associations and retail centers he manages don’t opt for surveillance cameras. They discuss the pros and cons, he says, but usually decide they don’t need to spend the money.

Most opt instead for simple but effective measures such as keeping all outer doors locked, installing phone entry systems at front doors and security gates with key pads or transmitters.

“I do think people are a little more security conscious than they were 20 years ago,” Gordon says. “The world’s not quite the same as it was.”

He recalls an incident in the 1990s where some assaults occurred outside of a building with an open parking lot. Criminals had easy access to the streets behind the building, so in this case, gating the parking lot solved the problem.

Because most of the condominiums he manages have very stable resident groups, Gordon says just the act of neighbors watching out for neighbors seems to provide a good level of security.

It’s true that no system is foolproof. Clay Talbot, owner of Safe & Sound Alarms in Mandeville recalls a recent case where a burglar cut a hole in a roof, disarmed an entire alarm system, and left with the goods.

“That’s a professional hit,” he says.

But sometimes it just takes a small dose of security to solve a problem.

Brett Gaudet, sales manager at Metropolitan Electronics, Inc. of New Orleans, has had customers who want a few cameras installed to catch kids vandalizing cars, or to make sure their housecleaners lock the doors when they leave. People even buy dummy cameras in the hope that prospective robbers will take the hint.
“Cameras are just peace of mind,’ he says. 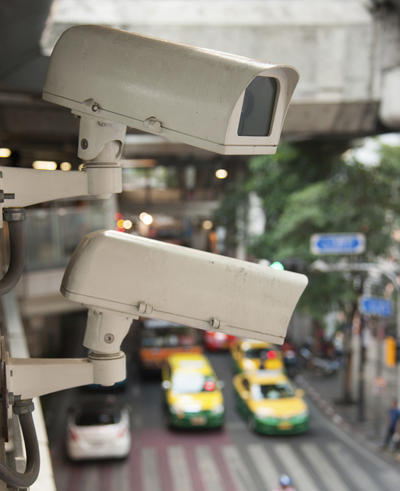 Although innovations in security cameras make them effective and convenient for many businesses, some companies still prefer to have a human presence on site.

According to a study by The Freedonia Group, a Cleveland, Ohio-based market research firm, security guards and patrol services make up a large sector of the security market. By 2016, the U.S. market for these types of guards is expected to be $24.5 billion.

Other study highlights include:
• By 2016, some 655,000 guards will work for private security firms in the U.S.
• Especially in demand will be value-added guards, such as those with first aid or concierge experience.

• One-third of small business bankruptcies are the result of employee theft.

• The average amount stolen over time by an employee is $20,000