The Garden of Earthly Delights

After more than a year of construction and doubling in size, New Orleans Museum of Art’s (NOMA) Sydney and Walda Besthoff Sculpture Garden opened to the public May 15. The six-acre expansion in City Park features 26 new pieces by primarily contemporary artists, increasing the total footprint of the Besthoff Sculpture Garden to 11 acres with more than 90 works by artists from the 19th century to those still creating today.

“The Besthoff Sculpture Garden expansion celebrates NOMA’s primary mission of sharing significant art and artists with the broadest possible public. It also incorporates contemporary, innovative approaches for a healthy and sustainable environment into a compelling experience of art,” said Susan Taylor, NOMA’s Montine McDaniel Freeman director, in a press release. “We look forward to sharing with our public new work by some of the most interesting and important artists working today.”

I have long been a fan of the original Besthoff Sculpture Garden. It always felt like a charming combination of man-made objects and thoughtful landscaping. The expansion doubles down on that premise. Pathways lead you below bridges and bring you (well, those of you in my height range) nearly eye-level with the lagoon. Trees curve around sculptures asking visitors, “Who is prettier?” And the newly planted greenery promises a lush oasis for contemplation.

On a sun dappled afternoon last week, I visited the expansion for the first time of what I hope will be hundreds in my lifetime. Visitors were admiring the sculptures up close, some were lounging in the grass, and some were completely ignoring their surroundings having found ideal benches to sit upon and lose themselves in a book. Three different conversations about where to go for dinner were overheard, and I realized very few people were looking down at their phones. Visitors were spending time with each other and with the art, in a way that feels easier outdoors than it does inside a museum.

I took photos of a few of my favorite pieces in the expansion. 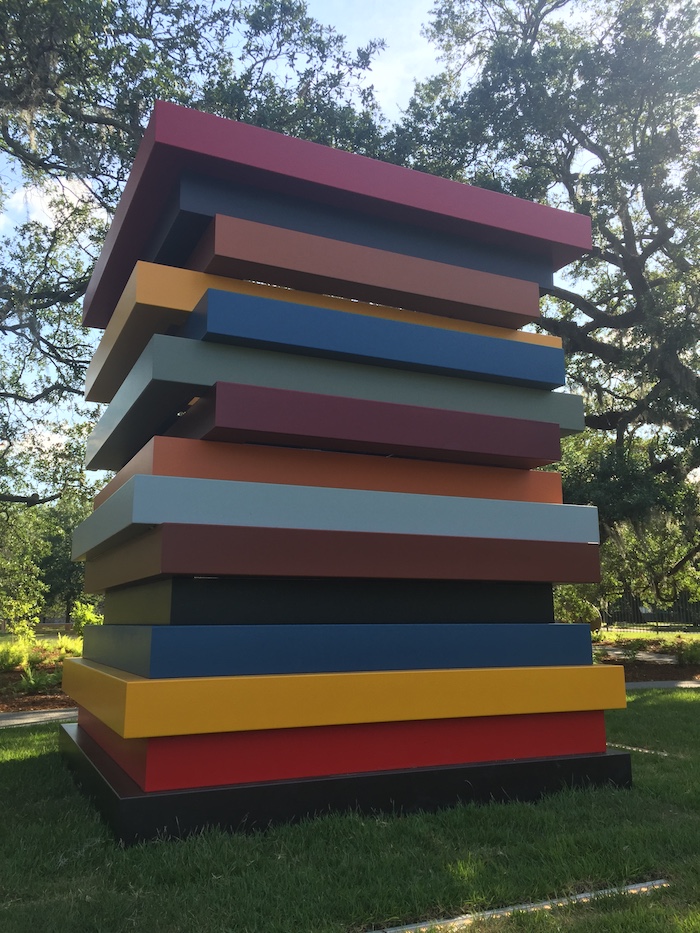 “Colored Stacked Frames” by Sean Scully is a stainless steel and paint work created in 2017. Its muted colors are those found in nature yet contrast with the natural surroundings. 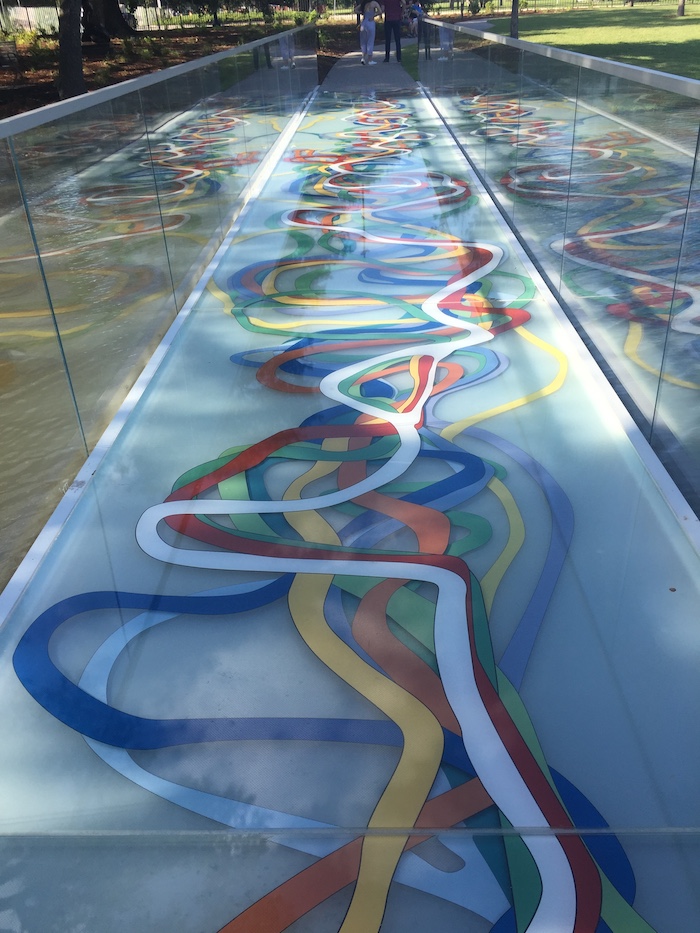 “Mississippi Meanders” by Elyn Zimmerman is a laminated tempered glass installation on a bridge. It depicts the changes in the course of the Mississippi River captured in the geological survey by Harold Fisk in the 1940s. 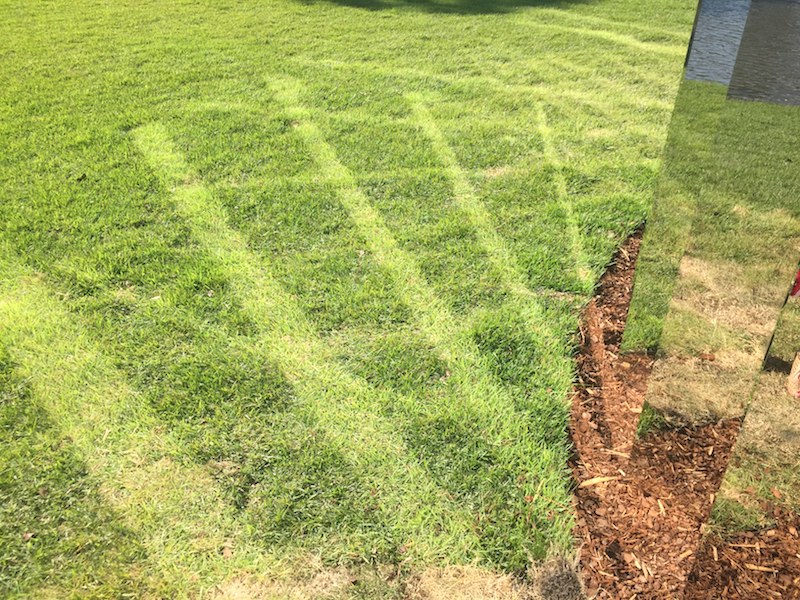 “Mirror Labyrinth” by Jeppe Hein was created for the Besthoff Sculpture Garden in 2017 and constructed of steel and mirrors. It is guaranteed to be popular for selfies on Instagram, but I admired how the sunlight reflected off of it onto the grass. 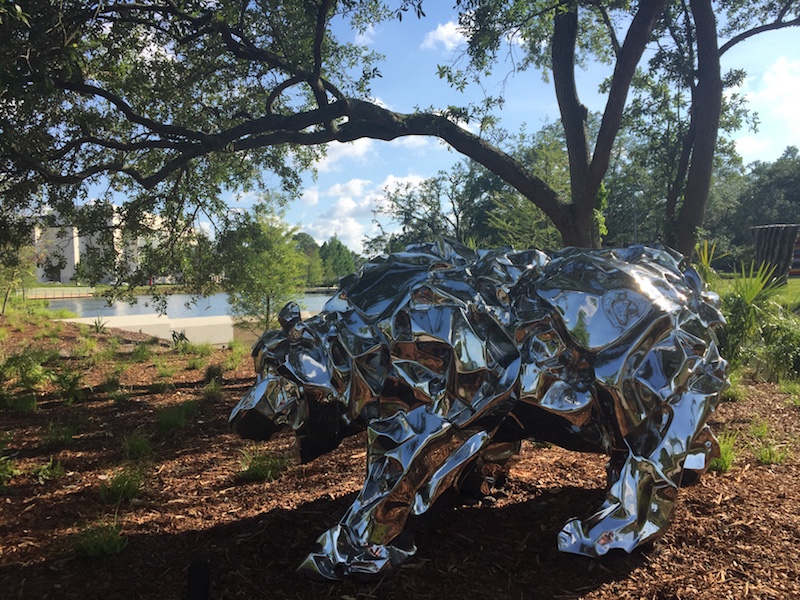 “Bear with Us” by Frank Gehry is a 2014 stainless steel sculpture of bear that looks like the artist got frustrated with himself, crinkled up his sculpture, threw it away in the waste bin, then later changed his mind and tried to get some of the creases out.

Xavier Calls for Jeff Davis Parkway to Be Renamed