By anyone’s standards, Courtney and Mike Frugé are in the middle of nowhere, just off Highway 35 in Branch, Louisiana.  But from a small, 20-acre rice farm, they’ve built a successful business that includes Frugé Seafood, Frugé Aquafarms, Cajun Crawfish and JT Meleck Distilleries.

Right in the middle of “Cajun Country” near Lafayette, the farm now operates on 3,500 acres and employs 74 people.

Back in 1983, when Frugé and his brother Mark were looking for a way to pay for college, crawfish wasn’t really considered a viable crop, but they saw an opportunity. Once rice season was over, they flooded the fields and seeded them with crawfish.

“The crop rotation is a win-win,” Mike Frugé says. “The crawfish feed on the rice stalks and grow. In the process, the crawfish clean the fields to prepare for next year’s rice crop.”

As the years passed, their farm grew, as did the popularity of the crawfish crop. Ultimately, the brothers realized a specialized distribution arm was needed to coordinate moving this highly perishable product, and Frugé Seafood Company was born.

“Now we grow them, we catch them, we put them in a box and track FEDEX all the way to your home,” he says.

Next, the Frugés wanted to start investing in something they could own long term and that had value beyond the sale of a commodity.

“It turned out to be a spirit, but the initial goal was to build a brand tied to the family business,” Courtney Frugé says. “The ultimate goal was to pass it on to the next generation.”

The couple built a distillery right beside the rice and crawfish fields and they now produce JT Meleck, an American rice vodka made from their rice and named after a beloved uncle who started it all with his rice field back in 1896.

“This is literally the best tasting vodka in the country right now,” Mike Frugé says. “We won Best in Class in the American Spirits Institute with double gold. We’re proud to take our rice from grain to glass as it goes straight from our farm to your front porch.”

Cajun Crawfish is the online storefront for the Frugé’s crawfish delivery business. The site shares recipes and sells Cajun cookware and other Cajun delicacies, including turduckens.

“Rice fields got us crawfish,” says Courtney Frugé. “Crawfish got us going to Texas. Having empty trucks coming back inspired Frugé Seafood to have every kind of seafood and be able to service Texas and Louisiana. Then, we went on to create the vodka — something else from the rice.  We’re authentic. We’re real people using what’s been around for generations but creating something new. We’re also farmers at heart and the whole family is involved.”

Mark Frugé continues to be a part of Frugé Aquafarms and Cajun Crawfish.

The Frugés and their team work together to build a dream that will continue their family business past this generation, and they’ll do that the way they’ve been doing it for decades.

“We get up every morning early,” says Mike Frugé, “and work all day long.” 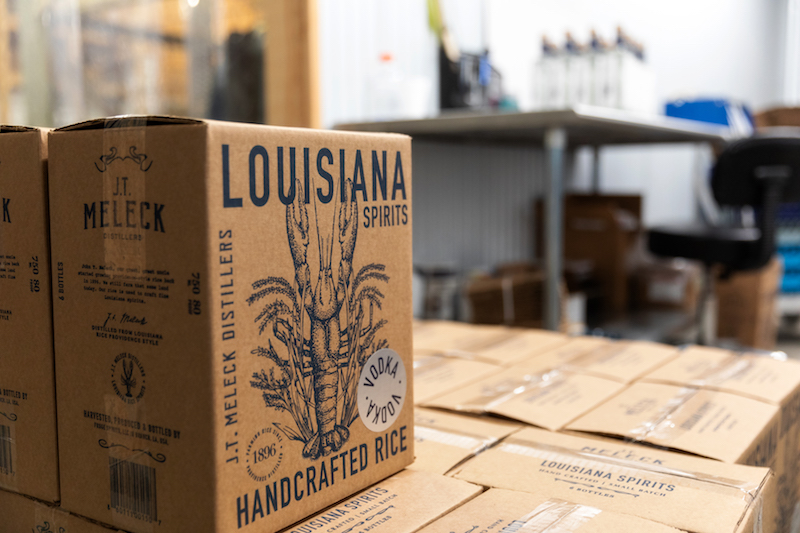