A look at the present and future of space entrepreneurism 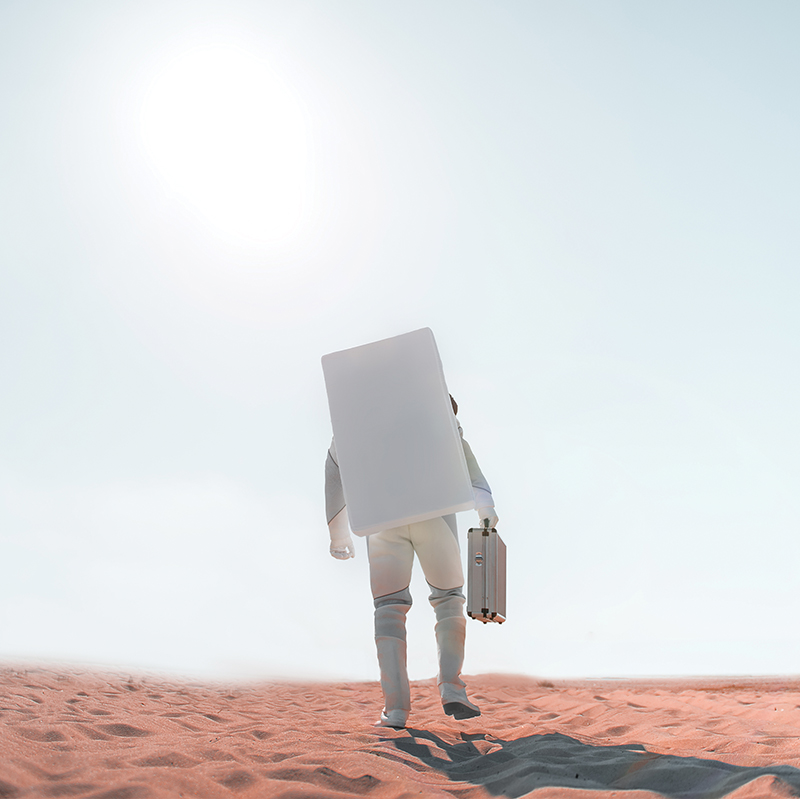 The mission of the crew on Star Trek was “to boldly go where no man has gone before.” This is also the mission of many entrepreneurs. So, let’s jump on board our own Starship Enterprise (interesting name) and explore the amazing world of space entrepreneurship.

With the federal government de-emphasizing space exploration, the National Aeronautics and Space Administration (NASA) has increasingly turned to the private sector to partner and even lead in the development of new technologies, and to help it fulfill its mission. Among the most obvious examples is NASA contracting with Elon Musk’s SpaceX company to deliver supplies to the space station.

Not content with just being a high-altitude delivery service, Musk has stated his intention to have humans, possibly including himself, set foot on Mars within the next decade. Given the enormous challenges this poses, and the number of failed attempts by SpaceX to solve them, one has to wonder if what Musk is really contemplating is a return to his home planet.

A more plausible entrepreneurism opportunity is space tourism. Companies such as Sir Richard Branson’s Virgin Galactic have been claiming for several years that they are on the verge of being able to offer wealthy adventure-seekers a ride through the ozone, though that chatter has quieted a bit more recently. One does have to ponder the notion of sitting back in a comfortable rocket seat, tightly sealed adult beverage in hand, and looking down on our home planet. The re-entry could give martini drinkers an entirely new experience of shaken, not stirred.

A more practical outcome of the attempts to establish space tourism may be sub-orbital travel that would greatly reduce the time it would take to get from, say New York to Beijing. Package delivery services like FedEx have expressed interest in this concept as well. Indeed, depending on which side of the international date line you are on, you could order a package today and have it delivered yesterday. Sadly, there appears to be no progress yet on that icon of Star Trek travel, the transporter beam.

A less flashy but already very successful aspect of space entrepreneurism is the satellite business. There are now dozens of companies involved in satellite design, launch, management, data delivery and more, helped along by the development of nano-satellites. Weighing as little as just a few pounds, these tiny technological marvels cost much less to build and place in space, opening the field to far smaller companies.

Like every other entrepreneur, visionaries seeking to play in the space race need funding. To meet this growing demand, there are now investor networks focusing exclusively on space entrepreneurism, as well as several space industry entrepreneurial contests and prizes.

One byproduct of the space program back in the 1960s was the development of products that also proved useful in daily life on earth. For example, space suit materials developed by NASA have become widely used in athletic shoes (Space Jordans, anyone?) and now make firefighters’ protection suits lighter and more flame-resistant. Memory foam mattresses came from research designed to improve comfort and safety for astronauts’ seats. New products, and companies to produce and market them, will surely emerge as space research continues.

New Orleans has its own connection to space — in addition to a few of the stranger clubs in town — the NASA Michoud facility in New Orleans East. The fuel tanks for the space shuttles were assembled there, and the Michoud plant is currently working on the next generation of rockets. While the facility is not open to the public, the Stennis Space Center just across the line in Mississippi, right off I-10, has a spectacular visitor center and is well worth the short drive.

If you’re a budding entrepreneur who has not yet found inspiration here on earth, maybe you should look to the stars. Even the sky is no longer the limit!