The Economic Impact of Sunday

Towering and unmistakable, the building bears no resemblance to the apartments and retail businesses that are scattered along interstate exits east of the Industrial Canal. But now, after over two years of construction, the striking facility is finally performing its purpose.

Part of the mission, for the Rev. Fred Luter Jr., is providing an adequate space for believers to meet and pray — in this case, a $30 million, 3,500 seat church on the South I-10 Service Road.

It’s a process that Luter said has taken over a decade of work, with a couple of unexpected turns for his congregation, ultimately leading to the church making a major investment by rooting its future in Eastern New Orleans.

At 5,000 members strong, the congregation was formerly bursting at the seams of its 2515 Franklin Avenue location, the home of the church since its founding 21 years ago.

Though the church owes its name to the site, there was no more room to grow there and the parking situation was “really, really bad,” Luter said.

That is no longer a problem for churchgoers as of Dec. 9, when Luter held the first service in the church’s giant new West Lake Forest location.

But the size isn’t the only advantage, Luter added. Perhaps even more important is the location.

Luter said the church has looked at moving to the East for years, dating back to even before Hurricane Katrina. It’s that area of the city where most of the congregation lives, including Luter himself, whose home is on Bullard Avenue.

And the church is ready to start getting to work in the community, he said.

“We believe in going outside the four walls of the church. We don’t just want to have a service and say, ‘Hey, come see us.’ No, we believe in finding out the needs of the people in the community,” Luter said, adding that the congregation plans on quickly reaching out to residents in the nearby apartment complexes to see how they can offer help to the community.

But, while Luter touted the direct help the church would be able to provide, he said simply having thousands of people traveling to a noticeable, central location in Eastern New Orleans might just be enough help to the region by bringing something those living there have been asking for — business.

Becoming some sort of symbol for development in the East wasn’t the initial goal, though.

Instead, Luter said when the congregation decided to buy the property five years ago, they were “just looking for somewhere to build a new church,” which they funded through tithes and a loan.

It was only later Luter realized there might be a chance to make an impact beyond the spiritual.

Luter isn’t alone in thinking that the addition of a big, new church might be a boon for the local economy.

Scott Thumma, who keeps a database of American “megachurches” and was one of the first to start studying the growing phenomenon in the mid-1990s, said there’s a number of ways building a new “megachurch” — which he defines as having seating of 2,000 or more — could help a local economy.

The first, he said, is simply the symbolic nature of the building itself, which might be especially important in the East.

“We’ve decided to anchor ourselves here so that’s going to send a message, ‘We’re not giving up’ and we have 5,000 people or whatever that are going to be traveling here,” said Thumma, the director of the Hartford Institute of Religion Research in Hartford, Connecticut.

That drives the next way a church can impact its local economy.

Then comes the traffic, Thumma said, which is a good thing.

“The nice thing about megachurches is they’re not just Sunday morning traffic, right? They’re often busy multiple times throughout the week and they have a staff and all of those things,” he said. “It really does change the dynamic from a typical, traditional church where there might not be a lot of traffic except on Sundays. That’s not true for a megachurch.”

With its position at the center of the community and thousands of attendees, the megachurch might then take on a political role, even if unintended, Thumma said.

Local politicians, realizing that thousands of people also mean thousands of registered voters, might then push for improvements in areas around the church, with tax dollars and development money potentially flowing into the area that isn’t directly linked to the church, but still might be the root cause.

And while Luter hopes to bring this with the new church building, it won’t be the first time New Orleans East has seen a megachurch, according to Thumma’s database.

The Greater Saint Stephen Full Gospel Baptist Church on Read Boulevard once had at least 10,000 members, according to Thumma and church pastor Debra Morton.

But after Katrina, the church was forced to move to Atlanta. It would come back to New Orleans, with three locations. The one in New Orleans East is now the only one left operating, Morton said.

Morton added that the membership is also now down to about 3,000, still enough to be considered a “megachurch” by Thumma’s standards, but as he put it “a significant drop from their glory days.”

Morton said the church still helps in the community and contributes to the economy of the East, but “there is a lack of upscale shopping and entertainment for adults as well as children.”

And while Thumma said there’s no guarantee Franklin Avenue Baptist Church moving in will lead to a building boom, he added his research shows there is certainly room for hope.
“It really does, I think, at least indirectly drive development and help the economy,” Thumma said. “It certainly doesn’t hurt it.”

Mtumishi St. Julien, a member of the East New Orleans Business Development District, said it’s about time for something to drive development in The East.

St. Julien said though population levels in the area are getting back to pre-Katrina levels, commercial development is lagging behind.

“We’re scratching our heads as to why commercial and retail development is so slow in coming back,” St. Julien said, compared to residential. “We don’t have the similar developments. We don’t quite understand.”

Census data also confirms a quickly growing population in the area. According to the most recent population estimate for the 70127 ZIP code — home of both Greater Saint Stephen and Franklin Avenue Baptist — 25,866 people lived there in 2016, more than a 26 percent increase from the number reported in the 2010 census.

That number still comes short of the pre-Katrina population, however, reported as 31,635 in the 2000 census.

Combined, though, the population for ZIP codes in Eastern New Orleans exceed the total population of the city of Lake Charles and St. Bernard Parish, something St. Julien noted. But development in The East is lacking compared with those two areas.

But now, with Franklin Avenue Baptist Church moving in, St. Julien said it might finally send the message that the most obvious spot for future development in New Orleans is in the East.

“They’re moving their congregation here because the people have moved here. The East — in terms of land — is still the growth area for the city of New Orleans,” he said.
Luter, for one, agrees. The area for him has always been the obvious choice to put his church. It’s home.

It’s just taken a while to get there.

The first attempt to move started in May of 2005, when the congregation agreed to buy some land near Six Flags.

But then “a woman named Katrina came,” and then he was told the site couldn’t be used since the U.S. Army Corps of Engineers needed mud from the site to reinforce levees in the area.

The storm led to a drop in church membership, from almost 8,000 pre-Katrina to about 1,500 afterward. At that point, there was no need to move, Luter said, as the building on Franklin Avenue could handle the smaller crowds just fine.

But then, people started coming back.

“By God’s grace we started growing back again and got to the place where we almost had the same situation with very little space to expand,” Luter said.

The congregation then decided to get a real estate agent to find some land, and “the rest is history,” Luter said.

“I leave here every Sunday, man, and I pinch myself,” Luter said. “So when I go home, man, and just look over there to the right, I just can’t believe that God has blessed us to be able to build something like that.” 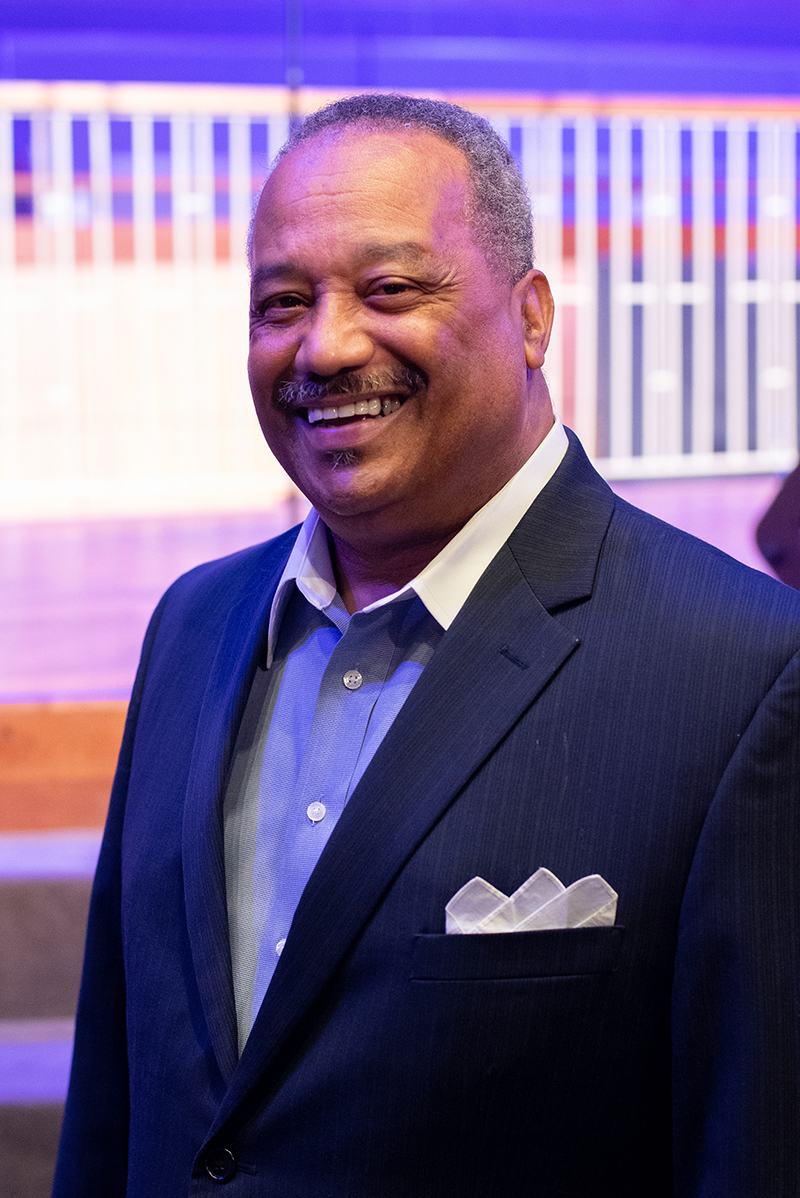 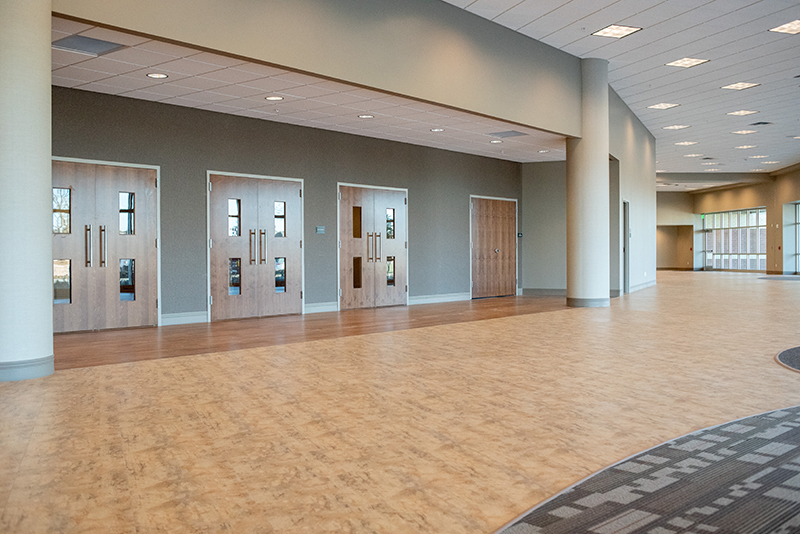 Want to hear more about the churches making an impact in New Orleans East?

Click below to see the church profiles from this issue.