The Digital Age of Medicine

Electronic health records are part of a new wave of health care management.

If you’ve ever looked at a doctor’s handwriting and thought an Egyptologist might be needed to translate the hieroglyphics they’ve put on your chart, relax. That time has passed. So too have the days of filling out mounds of paperwork at the doctor’s office, much with the same information on it. Also gone are identical tests ordered by a primary care physician and a specialist to review the same issue. Dropping off a prescription at the pharmacy and waiting to have it filled? Over. At least they should be.

With the advent of electronic health records, patient care is being streamlined in a way that is benefiting patients and providers by helping to improve outcomes and cost savings while reducing error and redundancy.

An electronic health record (EHR) is a comprehensive digital version of a person’s medical history, which may be shared instantly and securely with authorized health care providers and organizations involved in a patient’s continuum of care. EHRs bring together information from current and past doctors, emergency facilities, school and workplace clinics, pharmacies, laboratories and medical imaging facilities. They include key clinical data relevant to an individual’s care, including relative personal information, vital signs, past medical history, allergies, prescribed medications, immunizations, test results, X-rays and scans.

“Today’s doctors are techno-savvy and are using electronic health records for their efficiencies in making their medical practice and their business practices better,” said William G. Esslinger, Jr., CEO of FOGO Data Centers, an IT company that offers Cloud technologies and infrastructure through a network of regional facilities in New Orleans, Atlanta and Carrollton, Georgia.

Because they are sharable electronic files, system automation in EHRs makes it easier to transfer records; send prescriptions, orders, and laboratory tests; and correctly code services and treatments. All of this makes it easier to file claims with insurance providers, said Tanya Townsend, chief information officer at LCMC Health, the system that runs the new $1 billion University Medical Center in New Orleans.

Electronic health records differ from electronic medical records (EMRs), a digital version of a patient’s paper chart, which contains the medical and treatment history of the patients in one practice. EMRs are usually not interoperable with other programs or apps, whereas EHRs include records from multiple providers and are designed with compatibility so that information may be easily shared.

The movement to EHRs came as a result of the Health Insurance Portability and Accountability Act (HIPAA) of 1996 and the HITECH Act of the American Recovery and Reinvestment Act of 2009, Esslinger said.

The federal government has established Medicare and Medicaid EHR incentive programs to help health organizations integrate EHRs into their practices. Providers who adopt the system are eligible for up to $44,000 in the Medicare EHR Incentive Program and up to $63,000 in the Medicaid EHR Incentive Program. Additionally, hospitals may receive $2 million, depending on certain criteria, to help launch EHR systems at their facilities.

While she wouldn’t reveal the total amount LCMC has invested in implementing its EHR system at its five hospitals in the region, Townsend said it has been a multimillion-dollar effort.

“It’s a huge investment, not just from a capital standpoint as far as dollars, but in human resources, too,” she said. “Implementing an EHR system touches almost every employee in the organization. It changes workflows, how a practice works, setting standards. But turning it on is just the beginning. It’s a journey. There’s a huge cultural component and personal impact involved.”

One of the most recognizable changes in medicine in the digital age is electronic prescribing (e-prescribing), where the doctor sends his orders directly to the pharmacy during your appointment and the prescription is often filled before you arrive at the drugstore. E-prescribing prevents prescriptions from being lost or misinterpreted, plus safeguards are built in to check for drug interactions. It is proving more convenient and safer for patients and cheaper for doctors and pharmacies. 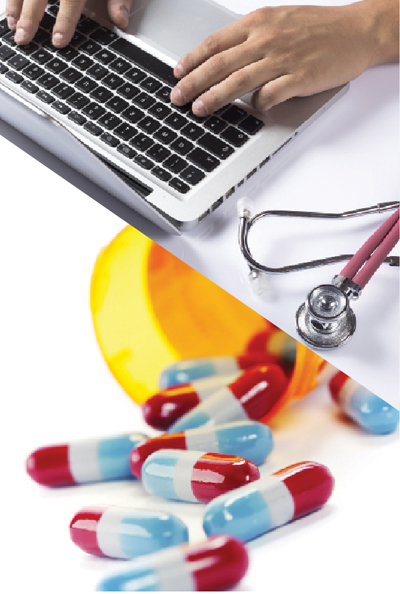 Arguably, the main benefit of an EHR is that it gives attending medical professionals instant access to the most up-to-date information on the full spectrum of their patient’s health, improving the accuracy of diagnosis and treatment. This helps patients to move between providers seamlessly and reduces treatment delays, which is especially beneficial in an emergency situation if the patient is unconscious or doesn’t remember their medical history.

“Diabetes patients are happy that when they go from provider to provider; their information is sharable,” said Holly Sanchez, IT services director at Slidell Memorial Hospital. “It’s more efficient, costs less, and, for the patient, results in much fewer needle pokes. So there’s definitely a quality-of-life issue there.”

EHRs also let patients view their own health records, set appointment times and see physicians’ instructions, which can help motivate them to take medications and keep up with followup care.

But EHRs provide much more

Modern medicine has become fragmented. Depending on the ailment, a patient may see a primary care physician, specialist, nurse practitioner, nurse, technician, or other clinician. Each has limited time with the patient.

“They were able to get in front of it before it affected the whole population,” she said. “It’s definitely doing what it’s intended to do.”

Benefits of EHRs For Providers

For all that EHRs are giving patients, they’re offering providers even more, including improving patient outcomes and office management, reducing medical error, increasing cost savings and faster billing and payment for services.

Many EHR systems have automatic alerts for potential problems, which are helping to reduce or eliminate potential errors and liabilities. When doctors prescribe medications, the system will check the order with the patient’s current medications and allergies to ensure it is safe. In hospitals, before staff administers a drug or treatment, they can often scan it by bar code for accuracy and keep a record of time, date, dose and who administered it. These records are available for review for quality standard adherence and, in the case of a malpractice suit, a complete ledger of treatment provided, informed consent and medication administered.

A benefit for rural general practitioners includes the use of online-based medicine, in which they may confer with specialists from a remote location via the Internet. With EHRs, information can be transferred in real time, so a collaborative effort may be made between the physicians to treat patients.

“We’re right on the cusp of being able to begin to realize the cost savings,” Sanchez said. “In the past five years, we’ve been focused on laying the infrastructure and training the clinicians to use the technology, but I think we’re in a turning point right now where we’re going to start to realize cost savings.”

A February ransomware attack on Hollywood Presbyterian Medical Center in Los Angeles raised concerns over cyber security in the health care field. Hackers infected the hospital’s computer system with malicious software that encrypted hospital files, making them inaccessible, and then demanded a ransom to unlock the data. After its network was affected for longer than a week, the hospital paid hackers a $17,000 ransom in the hard-to-trace cyber-currency bitcoin to regain control of its system. 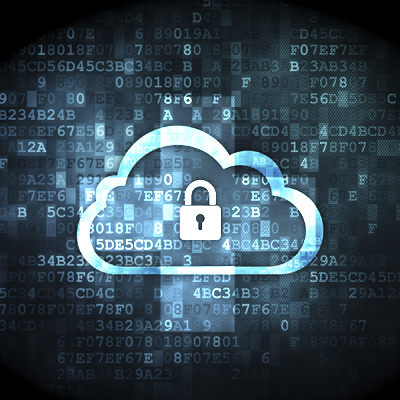 “If they had their information backed up in the cloud, or even if they’re running servers on-site, then they would have been safe,” Esslinger said. “They would have had a HIPAA breach (for release of patient information), but they wouldn’t be vulnerable to the hacker, ransom or negative press.”

According to the FBI, Hollywood Presbyterian isn’t alone. From April 2014 to June 2015, ransomware victims paid more than $18 million to regain control of their networks.

Hollywood Presbyterian was the victim of a “spearphishing attack,” in which someone in the hospital clicked a link in an e-mail that installed malware that encrypted their information, locking it up until the ransom was paid.

“We see these kinds of attacks daily,” he said, “and they’re coming from everywhere – China, Russia, some from the middle of the sea.”

Most EHRs have built-in security to detect and block ransomware attacks from getting through to their intended target, he said.

For the individual, Internet-based portals allow patients to access their own health records, control who is authorized to access their information and see which providers have accessed what parts of their files.

If there are any challenges facing EHRs, it’s in rural areas that need more infrastructure.

“Imagine trying to stream the latest ‘Star Wars’ movie over an old 14.4 fax modem from 20 years ago,” said Ned Fasullo, chief marketing officer for Global Data Systems in Baton Rouge. “In certain areas of the state, they can’t get access to the quality of infrastructure and bandwidth to make it meaningful. That’s the biggest challenge over the next decade for Louisiana, the gulf states, anywhere there are vast stretches of land.”

Fasullo said the federal government has funding through a program called Rural Health Care to help lower the cost burden to help them go digital.

“A lot of rural health care providers are not aware that they can be reimbursed for paying for top-tier infrastructure and bandwidth.”