A match made in New Orleans

Here in New Orleans, the desire to help others is more than evident. Owners and chief executives of numerous companies and businesses have embraced the concept of ‘corporate giving’, and have realized that their success is due in no small part to the loyalty of their friends and neighbors.

Paying it forward is alive and well in the Crescent City.

“I think most companies feel like they’ve been blessed and really want to give back to the communities they serve,” says Betsie Gambel, president of Gambel Communications, a well-known New Orleans public relations firm. “That is the whole reason for giving: If our community is better, then the companies that work in those communities will be more successful.”

At the heart of Gambel’s work is community relations, and at the heart of that, so to speak, is helping a company with its giving program.  “One of the things we are passionate about is putting people and ideas together.”

But taking the mission of a for-profit and finding the perfect nonprofit match isn’t done in an instant. Putting the right donor with the right recipient requires some careful thinking and a bit of self-analysis.

“We are mindful and sensitive to spreading financial resources across as broad a base as possible,” says Fidelity Homestead’s Alton McRee. “Yet at the same time, we realize there are more opportunities than there are resources.  Therefore, we have to be strategic and selective in nature.”

Being strategic and selective meant McRee and Fidelity had to look beyond itself. “We had to ask, ‘What kind of overall added value does a particular donation bring?  Does it bring added value to the community?”

In 2011, Fidelity decided it wanted to make a serious commitment — a major gift, a lead gift — to the arts. They found their perfect match in the Louisiana Philharmonic Orchestra (LPO) and its parks concert series.  “At $50,000-plus, they are our largest corporate sponsor,” says LPO chief executive officer James Boyd. “Fidelity’s support is crucial for the LPO because the parks concerts are very expensive; it’s an outdoor venue and very visible events with very large audiences. We wouldn’t be able to do any of that without Fidelity’s sponsorship.”

In addition to sponsoring the entire parks concerts series (most sponsors cover just one concert), Fidelity looked at another tool that could make the series just a bit easier. “We donated one of our large courier vans so that those crucial instruments could make it to the venues. Our logo’s on the van, which carries the name ‘LPO on the Go’. So, not only did we address another need, but it also provided a great marketing opportunity for Fidelity.”

Wait a second: Marketing opportunity?  In a philanthropic venture?  You bet. Actually, it makes perfect sense, and goes so far as to strengthen the donor/recipient relationship.  In fact, that has played a key role in Gambel’s development of a giving program for one of its clients.

“When we are forming a giving program for Banner Chevrolet Ford,” says Gambel, “we know they ultimately need to sell cars for them to continue giving. It’s got to be from the heart, but it also has to make sense for them.”

Banner Chevrolet Ford president Richard Flick has been giving for many years to causes such as Boys Hope Girls Hope, Second Harvest Food Bank and Bridge House. But as he and the people of Gambel Communications work to take that corporate giving to the next level, there’s that new realization that, with the right for-profit and nonprofit, ‘giving’ and ‘marketing’ can form a perfect marriage.

“I think Richard is grappling with, ‘I already do this and I want to do more, but how can I leverage this to help the business in some way?’” analyzes Gambel’s director of strategy Amy Collins. The new corporate giving program, called ‘Banner Cares,’ will officially begin in 2015. “We are trying to figure out a few key marquee things where Banner will have a prominent presence, and where the community will readily identify Banner with those things.”

“… We don’t give in order to receive; we give because we want to help others…” 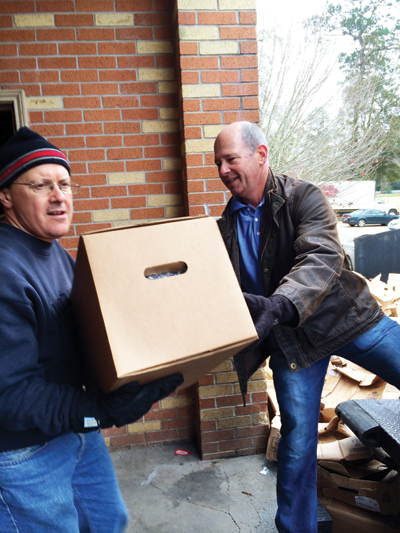 Whatever the giving and marketing strategy turns out to be, Flick, whose Banner Chevrolet Ford gives well over $100,000 each year, wants to make sure it reflects his view that it’s never too early to set an example for our area’s young people. “People don’t slow down to think how lucky it is to have what they have, or to think about those less fortunate in that situation,” ponders Flick. “I think it is very important to get children involved at an early age.”

Setting an example for children, and at the same time, meeting their needs, is at the heart of City Year New Orleans, a program that sends college students from AmeriCorps into five area schools. A team of 10 AmeriCorps members goes into a school such as Samuel J. Green Charter School, and works with the students to keep them in school and on-track for graduation. Entergy gives $75,000 to help keep City Year New Orleans up and running, and is recognized as a vital partner.

“It is a full-time service before school, in class and after school, providing assistance for the academically challenged,” says City Year New Orleans executive director Peggy Mendoza. “It is imperative we have a company like Entergy supporting us. Without their support, 10 percent of our budget would not be met. Entergy knows the quality of our program and sees our results.”

From Entergy’s side, those results drive the bus in the corporation’s decision to give to City Year New Orleans. “The decision boils down to accountability and outcome,” offers Patty Riddlebarger, Entergy’s director of corporate social responsibility. “Is it really a return on our investment? And does it accomplish the greatest impact and greatest good? City Year has measures that are trackable and accountable and make impact.”

Sometimes a giving opportunity falls in line with an historical celebration. As the law offices of Baldwin Haspel Burke and Mayer prepared to celebrate its very own centennial as a business, partners became aware of a need tied into the bicentennial of the Battle of New Orleans. A cannon used both in the Battle of New Orleans and the Civil War needed a new carriage, and the law firm came in to cover the $10,000 cost of repairs.

“The cannon is one of the highlights for the Louisiana State Museum’s upcoming bicentennial exhibit,” explains Baldwin partner Jerry Reso, Jr. “We wanted to tie our history into the history of the cannon, and at the same time, create such a relationship with a nonprofit that it helps us focus on what we need to do to be good citizens.”

For these corporations, connecting the dots to partner with the right non-profit is the key to truly helping the community at-large.

“If you can position yourself as a marketing opportunity, you can place yourself in bigger money, and everybody wins,” says Amy Collins. “The nonprofit gets more money, and the corporations get exposure they might never have had. It all makes for a stronger community.”

“…Why do we give? It’s part of our corporate responsibility
to be a good community citizen…” 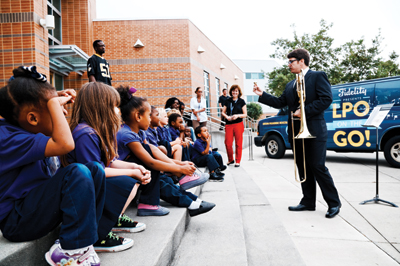 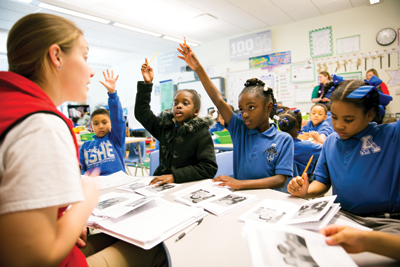