The Company Behind St. Roch Market Rebrands and Expands its National Reach

NEW ORLEANS – When the New Orleans-based St. Roch Market opened in 2014, it joined a movement of modern food halls sweeping the country. And yet at the time, the developer of the now flourishing multi-vendor market thought of St. Roch as a “one-off” endeavor.

“It was just supposed to be a fun project,” said Will Donaldson, the cofounder of St. Roch Market. “Once it was up and stable, we were going to move on to some other projects.”

But St. Roch Market quickly became a neighborhood hangout, and a hotspot for locals seeking fresh meal options from a diverse, collective menu that includes raw Gulf oysters, Haitian and Vietnamese street food, and Cajun-inspired Italian cuisine, along with craft cocktails and coffee. 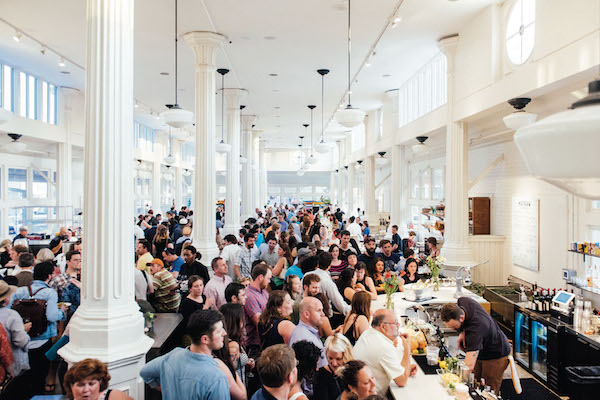 “It was a fun place and incredibly well-trafficked, and the vendors were making money,” said Donaldson, who is also the cofounder of the Launch Pad communal workspace for entrepreneurs. “We realized it was a platform that could help a lot of people, so we decided to (build) more of them.”

Since establishing St. Roch New Orleans, Donaldson and his team have launched the Auction House Market on Magazine Street and St. Roch Miami, and they have two new food halls in the works: Politan Row Chicago, which is expected to open in May, and Politan Row Houston. The family of properties are run by Donaldson and his newly minted company, the Politan Group. 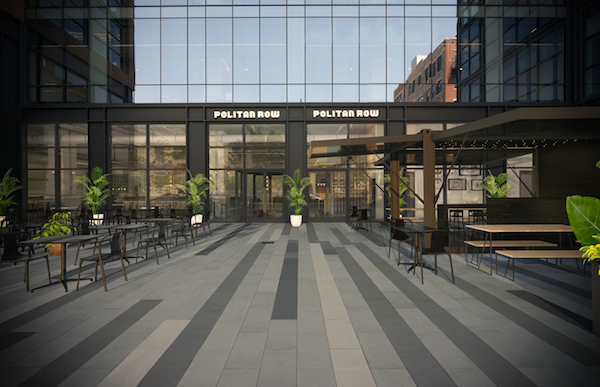 “Politan Row is our evolved brand under which we plan to develop new food halls, and they're a little bit different than what you've seen in the past,” said Donaldson. “They feature more exterior spaces, updated software tools, and things to assist the entrepreneurs directly.”

Those entrepreneurs – the food vendors – also bypass the expensive and complicated process of opening a brick and mortar restaurant.

“It costs anywhere between a half-a-million and $2 million to open a restaurant,” said Donaldson. “We were able to provide these different food and beverage companies an opportunity to get off the ground by essentially sharing costs.”

In addition to developing new food halls, the Politan Group has created a new propriety software in conjunction with a local company called CotingaSoft. The software handles accounting and similar tasks, so that the vendors can focus on preparing and selling food. It even rates the business owners’ progress and performance, sets aside tips, files sales taxes, and sends them their profits on a daily basis.

The Politan Group is also in the process of creating a system that allows customers to order food for delivery, straight from their phone. This technology, along with the proprietary software, can be used by food halls across the country. 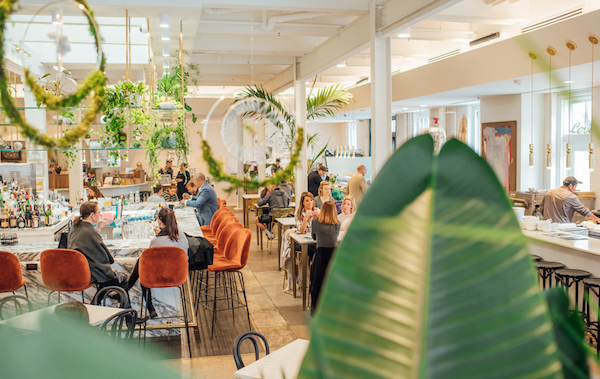 Their headquarters is located next to St. Roch Market (2381 St. Claude Avenue) and comprises 12 employees. But Donaldson believes that when workers on the “property level” and the people who work for the food vendors are taken into account, Politan Group employs nearly 250 people in New Orleans.

His team’s local outreach efforts include the Market Supper Club, which takes place at Auction House Market and welcomes guests for a four-course meal, created by onsite chefs and chefs from around town. And during this year’s Mardi Gras, when the Intergalactic Krewe of Chewbacchus and the ‘tit Rex parades passed in front of St. Roch Market, the patio became a party scene.

“I don't think our expansion in New Orleans is physical yet, but I do know that we’re really building off of the offering that we have in the individual locations,” said Donaldson. “We’re getting deeper and deeper into the food community, which is what we're all about.”