The Business of Living Healthy in the Big Easy

NEW ORLEANS – New Orleans is famous for its diverse dining scene, food-centric festivals, and laissez fare lifestyle. But health and fitness? Not so much.

According to a February report from WalletHub, New Orleans ranked 99 out of 174 major U.S. cities as the healthiest, or – depending on how you look at it – the unhealthiest place to live. To be precise, The Big Easy placed 115 for fitness, 114 for food, and 158 for healthcare. (On the brightside, New Orleans ranked 22 for “green space.”)

But despite those findings, entrepreneurs in the wellness sector believe that the city’s future as a health hub is bright, because they are on mission to make nutritious food options and exercise more accessible to locals.

Robin Barnes, a well-known singer and the founder of Move Ya Brass, and Dylan Maisel, the owner of The Daily Beet restaurants, are two of the trailblazers who are leading the charge.

Move Ya Brass is a fitness community and lifestyle group that welcomes people from all walks of life. The outdoor group classes happen in popular areas of the city, such as Crescent Park, City Park, and Duncan Plaza – and they take advantage of that “green space” that helps New Orleans narrowly escape the triple digits of WalletHub’s report.

Barnes, The Songbird of New Orleans, launched Move Ya Brass in 2012 after suffering from a severe kidney infection that left her unable to perform.

Those words led to a catchphrase and the beginnings of a business venture. 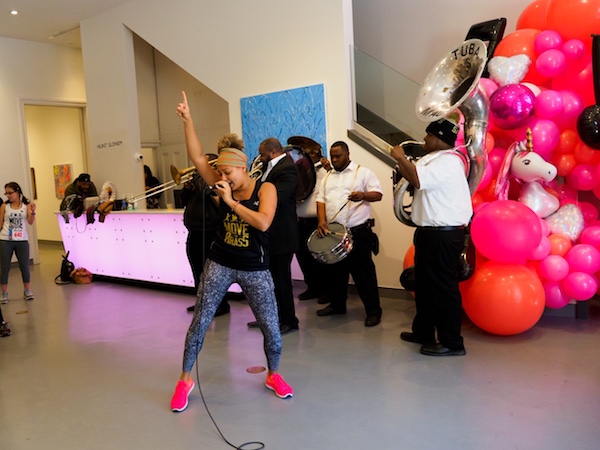 Barnes, a native New Orleanian, grew up enjoying fried foods like most of her local counterparts and playing competitive golf – a sport that doesn’t require cardio. But she vowed to improve her diet and began exercising. She even launched a Facebook post inviting her fans to join her for a run in New Orleans City Park.

“Ten people I had never met in my life showed up, and the organization has grown by the masses since,” said Barnes, noting that the participants come from diverse racial and financial backgrounds. “We’ve really created a community.”

Move Ya Brass still organizes free Shakeout Runs in City Park, along with dance classes called Bounce Ya Brass, Hip Hop Ya Brass, and Twerk Ya Brass – all led by certified trainers and professional dancers.

She recently created a nonprofit called the Make Your Move Foundation, which provides free Move Ya Brass community workouts and programs for adolescents. The organization will host classes in City Park throughout the month of June.

“We try to operate on a low overhead because it's really about servicing the community,” said Barnes.

Barnes received her master’s degree in business with a minor in marketing from the University of New Orleans, but she credits much of her success to the city’s flourishing entrepreneurial scene.

“New Orleans is one of the most unique incubators of any business in the world, because we have so many amazing things happening here all the time,” said Barnes, explaining that the challenge is capturing the attention of potential clients.

“Move Ya Brass is so unique, but at the same time so successful, because we didn't go into it thinking about making money,” she said. “I wanted to make something fun that I could see myself and my friends doing all the time. With our programming and work within the community, we’ve tailored it to become more than just a fitness class … it's an experience.”

The Beet Goes On

“It's going to take a very holistic approach,” he said.

Maisel owns two Daily Beet locations – one in the Central Business District and another inside the St. Roch Market. He’s opening a third location in July at 3300 Magazine Street. Each one specializes in tasty meals packed with fresh ingredients, brimming with health benefits.

“New Orleans been a really good environment to grow a health food business. I think it's just what people want right now,” said Maisel, acknowledging that some diners may be intimidated by the menu, which boasts dishes containing goji berries, currants, kimchi, and sunflower seeds.

“My idea is to keep it simple and approachable, so that we can attract new customers who may have not come into the restaurant a while ago, but now feel a little comfortable doing it. You start to have this community of people coming in regularly and getting to know us,” he said. “It's so important that we don't appear exclusive. Our doors are open to anyone. We're here to answer any questions.” 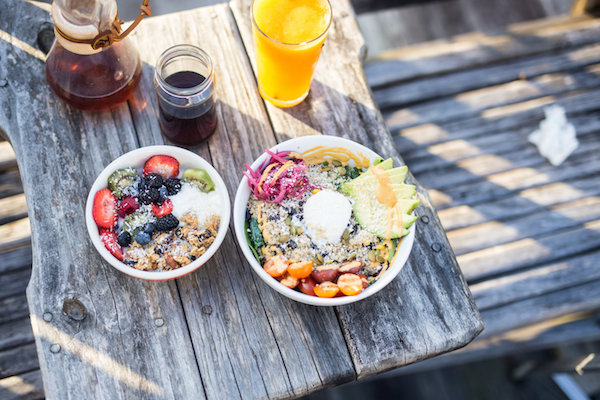 Although the Daily Beet continues to grow, each restaurant is still a small business, Maisel insisted, adding that he’s not driven by “the bottom line.”

“I want to live a comfortable life, but there are so many other values that are in that equation that I think about, besides just turning a profit,” he said. “Many companies, as they grow, their bottom line becomes so important that they end up compromising their values. I don't want to become one of those companies.”

Maisel moved to New Orleans from Vermont, where eating healthy and exercising is the norm, all year round. He knows that New Orleans is behind cities like Denver and Chicago, in terms of healthy lifestyles, but that’s not necessarily a bad thing. Finding a balance, and eating fried or butter-soaked foods within moderation, is what’s important, he said.

“I'm happier living in New Orleans,” said Maisel. “And it's because of the way that we live here.”