The Business of Bites

It’s a fact known around the world: New Orleans boasts exceptional cuisine. But innovators in the food and beverage industry have found other ways to capitalize on that common knowledge, and over the years, breweries, distilleries and food brands have emerged throughout the region. Not only have the owners linked their name to the Big Easy, but they’ve also created their products right here before distributing them nationwide, and they’ve buoyed the local economy in the process.

Company founder Aaron Gailmor moved to the city in 2015 to be with the native New Orleanian who is now his wife.

“I fell in love with the city, and we decided we would stay here and raise a family,” Gailmor says.

At the time, he was in the process of developing Brass Roots. Established in 2019, the company creates tasty bites built around the sacha inchi seed—“a healthier, allergen-free version of a peanut.” The name Brass Roots alludes to the company’s grass roots origins, and the lively brass bands that permeate New Orleans culture, Gailmor explains.

“I decided at that point to commit to New Orleans as our headquarters city. I thought we could build a brand where we not only sold products, but helped the community through our brand,” he says, explaining how the company collaborates with local organizations, like Youth Run NOLA and Covenant house.

Gailmor also felt that since so few companies touting nutritious fare existed in the New Orleans area, Brass Roots would stand out as a big fish in a small sea.

Brass Roots—now a team of six employees—began selling products online only in 2020. But today their merchandise is sold in more than 400 stores across the U.S. The company brings in seven figures in annualized sales, says Gailmor.

Gailmor is helping similar businesses flourish through New Orleans Food and Beverage (NOFAB), a network he created after moving to the Deep South from New York City, where “an abundance of industry groups” work together.

“I thought, ‘It seems like we should have a food and beverage group that gets everybody together on a periodic basis, and allows us to help each other out by sharing best practices and sharing resources,’” Gailmor says. “If we have some of our members become successful, we’ll help bring our other companies in the New Orleans area along, and help them all succeed.”

The growing, 200-member group alerts other members about job openings, available warehouse space and distributor information. During meetings, guest speakers from around the country share success stories and offer advice.

But the group’s ultimate goal is to create more jobs in the food and beverage sector —including professional positions, such as marketing consultants and operations specialists.

Over the past few years, Gailmor has witnessed contract manufacturers and packaging companies emerge, and he believes NOFAB helped make it happen.

“I can’t take full credit,” he says. “But I would say it’s partly a result of our work.”

While helping NOFAB expand, GNO, Inc. has simultaneously fostered a new wave of talent within the regional food and beverage industry.

Through its signature workforce program, GNOu, GNO, Inc. created the Mechatronics Apprenticeship Training Program. The idea for this program began about three years ago when Elmer Chocolate, which is based in Ponchatoula, addressed GNO, Inc. about its need for a mechatronics technician.

“At first, we had no idea what that meant,” says Josh Tatum, who runs GNOu. “We had to do our research.”

“If you’ve ever looked inside a factory, you see all these robots that people say are taking our jobs,” Tatum explained. “Well, there needs to be people that know how to work on those robots. And so you’re really creating an opportunity for people to continue their skills and learning, to work and operate these robots.”

After realizing other food manufacturers were making investments in similar types of equipment—and that they too would need mechatronic technicians—GNO, Inc. began looking for training providers.

The two-year program is made possible by a Department of Labor – Delta Regional Authority grant. Employer partners also contribute by paying each apprentice’s tuition and books, and by providing them with a $10 an hour stipend when they are both on the job and in the classroom. Employers also offer the participants full-time employee benefits.

The program’s first cohort will graduate in July.

“The Greater New Orleans region has a unique value proposition for attracting businesses and growing businesses, because we’re cultivating talent here in the region,” says Tatum.

Through his work with NOFAB, Gailmor has also noticed new talent emerge.

“We are adding jobs, because we’re giving people the ability to stay here and keep their operations here,” says Gailmor, underscoring that companies are still successfully exporting products outside Louisiana. “We take income in and keep that income within our state. And we pay people to work within our state from that income.” 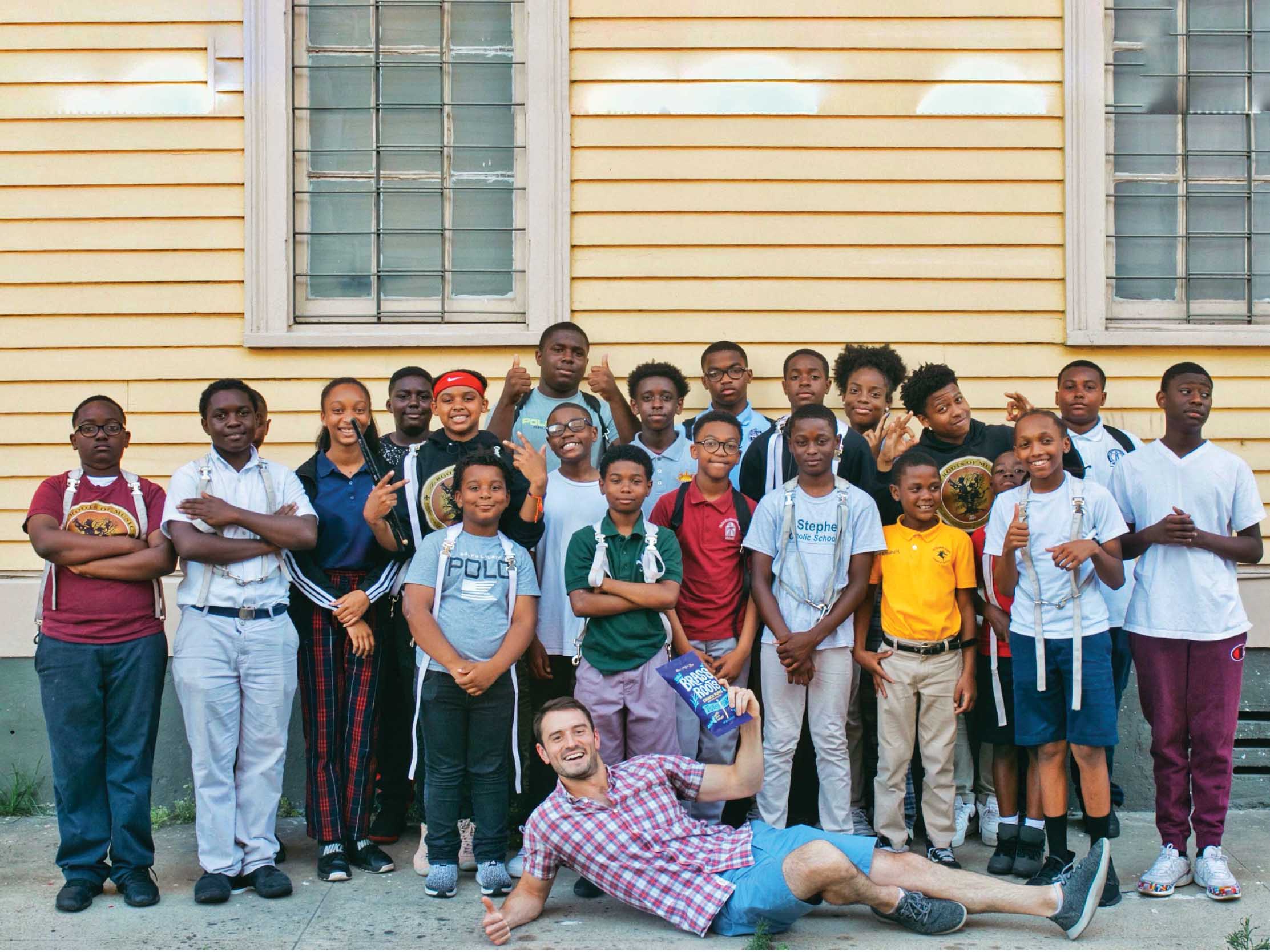 Brass Roots founder Aaron Gailmor with students from the Roots of Music after a lesson on pickling vegetables as part of the company’s community work with local youth organizations.

Average US Gasoline Price Falls 45 Cents to $4.10 Per Gallon