At-home baking was all the rage during lockdown, causing yeast to be as hard to find as toilet paper. But for those craving carbs, professional bakers, like those at Breads On Oak, have you covered. 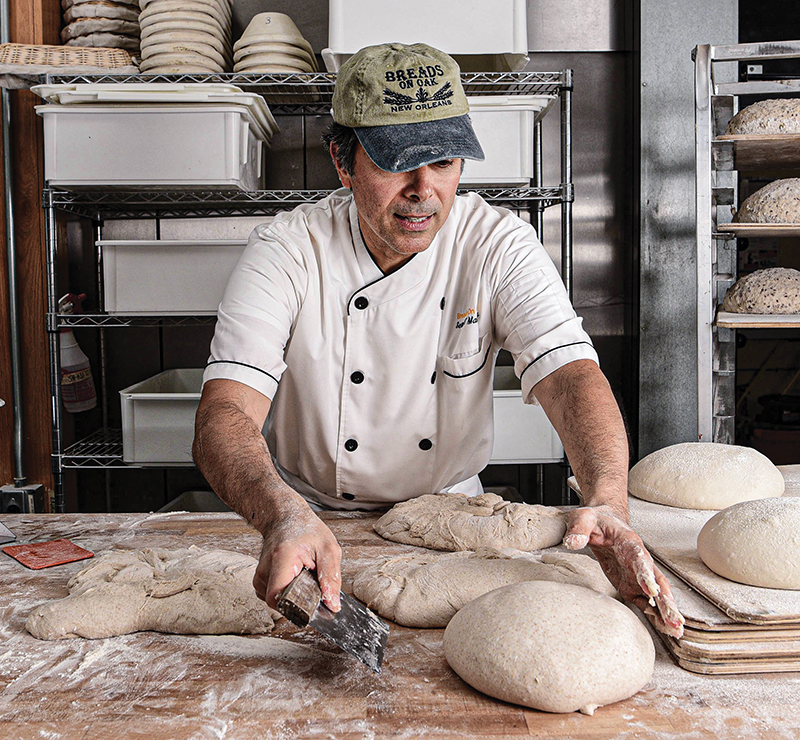 DRIVEN BY A DESIRE TO BRING OLD WORLD-STYLE BAKING BACK TO NEW ORLEANS, Sean O’Mahony and his wife, Chamain, opened Breads On Oak at 8640 Oak Street in Uptown in June of 2012. The artisan, 100% plant-based bakery and cafe quickly gained a following strong enough to support a second location, which opened this past January at 222 Carondelet Street. While the newest location had to close temporarily during the shutdown, Oak Street remained open seven days a week. “Initially we saw a huge drop in business,” said Sean O’Mahony, “but we’ve come back pretty strong. We’re still nowhere near our original numbers, but we’re pulling through.” BreadsOnOak.com