The 2018 Farm Bill: What Does It Mean for CBD and the Cannabis Industry?

Lately it seems that CBD is everywhere. CBD, which is an abbreviation of cannabidiol, is a nonintoxicating component of the marijuana plant. Suddenly, it appears that products containing CBD are all around us, as the touted ingredient in foods, drinks, dietary supplements and cosmetics, among others. But why the sudden prevalence? A consumer might assume that it's because of a recent change in law that has legalized certain cannabis products. But that watershed moment hasn't happened. At least, not yet.

Many in the cannabis industry had hoped for major legal changes in the form of the 2018 Farm Bill, which was signed into law last December. And in many respects, the legislation lived up to the hype. Significantly, the Farm Bill carved out a distinction between two forms of cannabis: marijuana and hemp. Simply put, marijuana can get a user "high" whereas hemp can't. Marijuana, which is listed as a Schedule 1 controlled substance under the Controlled Substances Act, causes it intoxicating effects through its psychoactive component: tetrahydrocannabinol or THC.  THC is not present at the same high levels in hemp, though.  As defined by the Farm Bill, hemp is cannabis having less than 0.3 percent THC content.  Despite the low THC levels, hemp still retains other biologically active components, or cannabinoids, including CBD.

With the passage of the Farm Bill, hemp and hemp-derived products are no longer listed as Schedule 1 controlled substances. Additionally, the Farm Bill draws a roadmap for a nationwide hemp industry. The legislation instructs states to develop their own regulatory plans to govern the cultivation, licensing, testing and commercial sale of such products within their jurisdictions. These plans are to be submitted to the US Department of Agriculture. The Secretary of Agriculture is to release a stopgap federal plan to apply to states that opt not to promulgate their own regulations. While states retain the right to regulate the hemp industry in a stricter manner than the federal regime, states can't bar the interstate transportation of these products through their borders.

For all these changes, though, the Farm Bill kept a key regulator in place: the US Food and Drug Administration (FDA). The Farm Bill preserved the FDA's authority to regulate hemp and hemp-derived products pursuant to the Food, Drug and Cosmetics Act (the FD&C Act). Whatever parades the hemp industry might have been planning to celebrate the Farm Bill, the FDA was quick to rain on them.  Immediately following the passage of the Farm Bill, the FDA released a public statement on its implications.  The overall message was one of caution. Specifically, FDA Commissioner Scott Gottlieb wrote that the FDA continues "to be concerned at the number of drug claims being made about products not approved by the FDA that claim to contain CBD or other cannabis-derived compounds." The statement re-urged the FDA's position that "it's unlawful under the FD&C Act to introduce food containing added CBD or THC into interstate commerce, or to market CBD or THC products as, or in, dietary supplements, regardless of whether the substances are hemp-derived." The statement advised that the FDA would be holding hearings to evaluate how it will treat hemp and hemp-derived products going forward.

The only certainty here is more change to come in the near future. The states will promulgate their regulations for the hemp industry. The Department of Agriculture will articulate its plan for states that do not develop one of their own. The FDA will eventually release its new position on hemp derivatives. Meanwhile, individual cities may take their own enforcement actions. Through it all, market participants large and small will be working to understand this regulatory patchwork and how to comply with it. In sum, those interested in starting or expanding their hemp business can expect further shifts in the dynamic legal landscape. 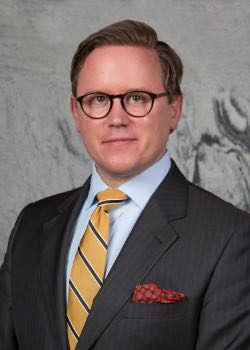 Bryant York is a member of Stone Pigman Walther Wittmann LLC.  As an attorney, his practice focuses primarily in the areas of commercial litigation, intellectual property, antitrust matters, government relations and trade regulatory counseling.  He is admitted to the bars of Louisiana, New York and Texas.