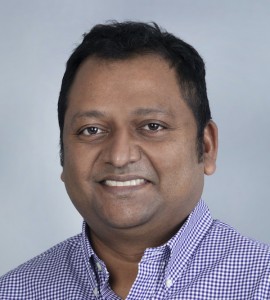 ARABI, La. – Terry Tahal has been named the refinery manager at the Domino Sugar Chalmette Refinery, where he will be responsible for driving continuous improvement and operational excellence at the Arabi plant.

Tahal has more than 20 years of experience in engineering, projects, operations and plant management in the sugar industry and a bachelor’s degree in chemical engineering from the University of Queensland in Australia. He began his career with American Sugar Refining Inc., owner of the Chalmette Refinery and member of ASR Group, as a corporate project manager in 2015. In 2019, Tahal became a process technical manager and was promoted to assistant refinery manager.

“Terry’s more than two decades of experience and his leadership of the Chalmette Refinery these past two years position him well to take the helm of the plant,” said Kelly DeAngelo, ASR Group’s vice president of North America operations. “We look forward to his leadership, as he carries out ASR Group’s commitment to producing quality products sustainably at the Chalmette Refinery.”

The Chalmette Refinery has been active for more than 110 years, operating on the banks of the Mississippi River since 1909. It refines more than 7 million pounds of sugar per day and produces more than 70 grades and package sizes of products on 32 packaging lines. The refinery employs 425 people and generates an additional 100 jobs through trucking, terminal operations, cargo handling and ship piloting.