Taking the Job Hunt to the Next Level

GradSquare Co-Founder, Marco Altamirano talks about a career hub for grad students to connect with employers and recruiters while providing data to their alma maters.

When New Orleans native Marco Altamirano was a graduate student at Purdue, he found that both he and his colleagues across STEM (Science, Technology, Engineering and Math), humanities and social sciences were having the same perplexing conversation: What were they going to do after they finished their degree? While some of his colleagues and friends wanted to become professors themselves, a lot of the people he knew wanted to go into industry, or business or even government.

“The problem was that no one knew where to go,” says Altamirano, co-founder of GradSquare. Grad students are typically repelled by LinkedIn's image, so you had all these masters and PhD scientists and engineers trolling blogs and Craigslist for jobs.”

Altamirano felt that something needed to change, so he took matters into his own hands.

“The universities weren't tracking the industry placement of their graduates,” he says. “So no one knew who was where or what was happening to grad students after they finished their programs. So I basically decided to start GradSquare to help my colleagues network and find jobs while providing universities with analytics on their graduate placement and market traction.”

His company is simple. It’s an online network that allows graduate students a place to find relevant jobs, and it allows universities opportunity to track students and see a data-driven picture of their graduates.

“Grad students can message employers and recruiters and vice versa,” he says. “They can also browse a job board to see what opportunities are out there.” 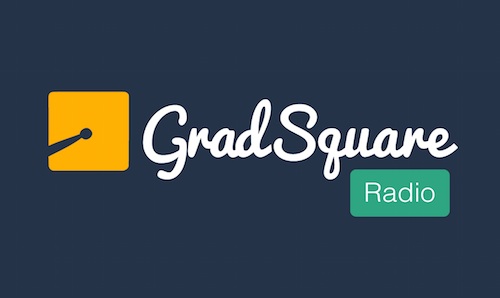 Altamirano and his team set up their headquarters in New Orleans and in the last five months have signed up over 5,000 graduate students. Three universities have subscribed and 11 additional are under contract.

“We have an office in the Nelson Building in the Lower Garden District,” Altamirano says. “My co-founder and I are natives, and we both wanted to stay in paradise, I mean New Orleans, so I guess that's why we're here.”

While the experience of early success is exciting, Altamirano says there are currently facing some challenges.

“There are certainly advantages to being new, like having a fresh product,” he says. “But there are a lot of challenges too. People typically don't like to adopt a product that encourages them to change their behavior, and they wonder if you'll be around for awhile and if it's worth their time and investment. Overall, I think the biggest challenge is to get people to check out your product and see its value.”

As for how they’re spreading the word, the GradSquare team is using every resource available to them, including Podcasting.

“We have a podcast series called GradSquare Radio where I interview humanities, social science and STEM grads who have pursued successful careers in industry,” he says. “You can check it out on iTunes. We promote the podcast on social media and we also put out ads on LinkedIn and Facebook. But our email campaigns remain the most productive way of getting users on site.”

Altamirano says that, despite being in a high growth period accumulating around 1,000 users a month, he’s proud that the company holds a 40 percent returning user rate.

“We feel like we've built a product that people want to use,” he says.

Are you a recent graduate? Do you know people who are? If so, visit GradSquare’s website to learn more.