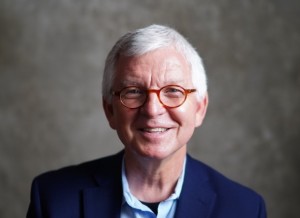 This weekend, however, at least 26 of the NFL’s 32 teams will play their contests in mostly empty facilities. Health restrictions put in place to battle the COVID-19 pandemic have made this a season like no other.

Mark Romig, the stadium announcer for Saints games at the Mercedes-Benz Superdome, said the unusual circumstances haven’t altered his preparation for the game one bit. He’s going about his usual routine even though there won’t be anybody sitting in the Dome’s roughly 74,000 seats to hear him work. He’s still studying the rosters of both teams to familiarize himself with player numbers, names and pronunciations. On game day, he will arrive at the Dome a few hours early, find his spot in the “house controls” booth on the 300 level and get ready to do the job he’s done since 2013, when he took over for his legendary father Jerry Romig.

“I’m looking at it just like any other game day,” said Romig, who is also the senior vice president and chief marketing officer at New Orleans & Company, the city’s destination marketing organization. “I’m rehearsing in advance. My sister Mary Beth spots for us, so she’s studying the offense and defense of both teams. She’s the extra set of eyes to make sure we call the action as accurately as possible for fans or, in this case, just whoever’s in the stadium.”

“Whoever’s in the stadium” on Sunday will translate to NFL players, coaches and staff – plus a trimmed down version of essential game day personnel. It’s gonna be surreal, but, for Romig, in some ways, it’ll be another day at the office.

“Basically I’m going to call down and distance, touchdowns, flags, field goals, extra points, etc. Whatever I would have done,” he said, although there will be some adjustments.

“I don’t think I will say ‘Move them chains!’ I think I’m going to be purely announcing ‘First down Saints’ because you don’t have fans in the stadium to react to it,” he said.

The phrases that usually drive the crowd wild obviously won’t have the same effect in a largely empty Dome.

“I’ll have to see what happens. Normally we have people cheering along with us,” said Romig. “It’ll be a little bit different but I want to bring as much enthusiasm to the announcing as I can.”

If anything, the game will be a chance for for Romig to spend time with his kin. In addition to his sister being there, his brother Jay – who’s a longtime Saints employee – will be operating the score board.

“It becomes our opportunity to have a family reunion,” said Romig. “My mom has always said that in my family there are two seasons: Saints season and waiting for Saints season. My dad worked the booth for 44 years and this my eighth year, so for 52 years there’s been at least one Romig if not more in the house controls booth.”

Fans missing the Dome and wanting to hear Romig’s trademark gameday phrases, meanwhile, should download the Saints app on their smartphone. With that, they’ll be able to track the game’s progress and hear him shout “Touchdown Saints!” If they’re lucky, they’ll hear him say it a lot.

Romig, for his part, said he’s looking forward to a fan Domecoming at some point soon but will make the most of an unusual start to the season.

“I know we need to get through phrase 2 and the Mayor’s got to make that calculation based on how we’re doing as a community,” he said. “I know she wanted to wait until we got the schools open and give that some time. Of course, we had Labor Day weekend and it looks like there were some crowds there that were a concern but I think we have to be patient and wait this out. In the meantime, we’re going to bring as much enthusiasm as we can and represent the fans as much as we can.”

Asked if he would do Saints fans a favor and heckle Tom Brady – just a little bit? – this weekend, he gave a resounding “no.”

“I want to keep announcing. I’m a good soldier,” he joked. “I’m going to do it the way they need me to do it. I’m a Saints fan but I’ve got to be a fair announcer and do it the right way that respects the other team as well.”

Americans Turn Up Heat and Cholula Sells for $800M

Restaurant Workers Out of Work Again Nationwide As Virus Surges