Our sweetest export aligns Louisiana and its people

Some people are familiar with sugarcane as the exotic treat sold at road stands for tourists to chew on, but if you’re from the heart of Louisiana, you know sugarcane as a crop that has created rivalries amongst parishes and has created livelihoods for those within them. Sugarcane is one of the most important crops grown in Louisiana and just about defines us as Louisianians.

“Sugarcane has vast significance to Louisiana,” said Louisiana’s Commissioner of Agriculture and Forestry, Dr. Mike Strain, “not only as a source of revenue but as part of many parishes’ identities.” All across the river parishes and into central Louisiana, communities have timeworn rivalries hinged upon who grows better sugarcane. The common identity has allowed our communities to easily amalgamate, “and for great reason,” says Dr. Strain, “we’ve been growing sugarcane for over 200 years.

“Sugarcane was first brought here by the Jesuits in the 1700s,” Dr. Strain continues. “They first started growing it to make rum in what is now Jackson Square in New Orleans.” And it’s true. In 1751, Jesuit missionaries brought the Creole strain of sugarcane to New Orleans and began to mass produce Tafia, a rum-like drink, which at the time had a great impact on the meager New Orleans economy. However, the Creole strain was susceptible to the New Orleans frosts and put a damper on creating a sustainable market. It was not for another hundred years when cold tolerant strains were introduced to Louisiana that sugarcane flourished.

Its production really sprawls across the state because of Louisiana’s rainy seasons and semi-tropical climate. “Sugarcane thrives in alluvial soil,” Dr. Strain said, referring to the fine-grained silt formed by the running waters of the Mississippi River that make up the Louisiana coast. “That is why we grow sugarcane from Alexandria down to Plaquemines Parish and all the way to the Texas line.”

The low-lying areas surrounding rivers as well as warm autumn temperatures and late winters all play a role in Louisiana’s prolific sugarcane harvest.

“We’re actually about halfway through the harvest season right now,” added Strain. “Sugarcane is always harvested from late fall to early winter. From late September until right around New Year’s, we’re harvesting every single day. When the weather starts turning cooler, the sugar content rises, and that’s when we fire up the mills.”

Halfway through the harvest this year, sugarcane farmers have big shoes to fill after setting a sugar recovery record in 2016, according to the LSU Agricultural Center. Last year, producers harvested an average of 31.5 tons of cane per acre of farmland (over 13.5 million tons of sugarcane). This was a modest amount of cane produced, but after it was “grinded,” refineries were able to extract a record breaking 246 pounds of sugar for every ton of cane, resulting in more than 1.6 million tons of refined sugar. 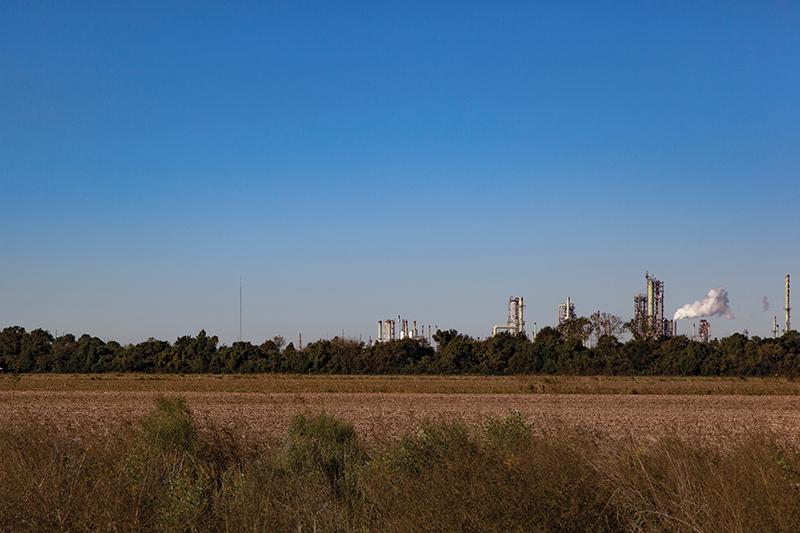 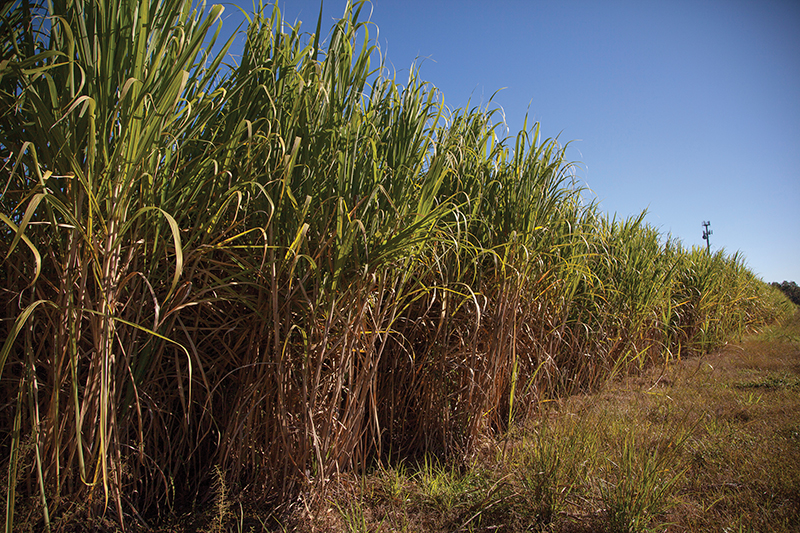 Sugarcane aligns many major highways in the Port’s district as seen here along U.S. Highway 61.

“Grinding is the process where the liquid is extracted from the sugarcane,” Dr. Strain explains. “Directly after sugarcane is harvested it is loaded up and sent to mills where refiners extract the cane’s liquid and then process it into raw sugar.” Raw sugar is light brown in color due to the presence of molasses within its crystals. “Raw sugar is then loaded by barge or truck and sent to a ‘white sugar’ refinery where they purify the sugar into white sugar and isolate the molasses which are both bagged and shipped out by tanker and sent directly to market, or remixed into brown sugar.”

There are now 11 sugar mills that grind sugarcane and two sugar refineries in Louisiana working from sunrise to sundown creating this season’s product.

A lot of that product is shipped out of Louisiana. In fact, refined sugar makes up “about 10 percent of all of our exports,” added Strain, “but still a lot of it is put into our own economy.”

Louisiana loves its sugar — and we have the infrastructure to share it with the entire nation.

We have all seen Domino Sugar in local coffee shops, on shelves at grocery stores and in bakeries, but we do not always remember that Domino Sugar is Louisiana sugarcane grinded and refined into white sugar at the Domino Sugar Refinery in Chalmette.

Sugarcane plays a critical role in our state’s identity, from our state’s economic fortitude from exports to our international appeal toward tourists coming here for sugar smothered beignets or brown sugar melted pralines. Sugar, in a way, defines us. And just like Louisianians, the sugarcane in Louisiana is becoming more and more resilient and tenacious.

“Sugarcane is a five year crop, so it takes a strong variety of the plant and a lot of patience,” said Strain. “The outcome is a product that we all love.

Agriculture as a natural resource-based industry is the foundation of our economy and sugar is a vital part of that overall foundation. If managed properly, agriculture and sugar is infinitely sustainable and will only continue to grow to provide more income, more jobs and more delicious foods in Louisiana.”