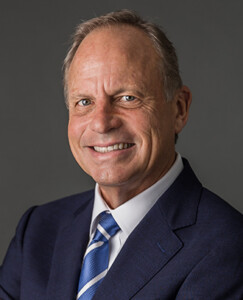 COVINGTON, La. — Stirling Properties has announced that President and CEO Marty Mayer will retire at the end of 2023 after 36 years of service. At that time, Stirling’s current President of Development Townsend Underhill will assume the role of president and CEO.

Since joining Stirling in 1986 and assuming the role of president in 2002 and CEO in 2006, Mayer has led Stirling through “unprecedented growth, expansion and diversification throughout the Gulf South,” said a company spokesperson.

“Leading Stirling Properties over the past 20 years has been one of the greatest honors and privileges of my lifetime,” Mayer said in a press release announcing the news. “I will be leaving Stirling with tremendous pride and satisfaction but also the utmost confidence in the company’s future and the great accomplishments yet to come.”

“Under Marty’s leadership, Stirling has grown and established a unique and outstanding culture, and it will be my top priority to ensure it continues in our organization,” said Underhill. “Marty’s legacy will live on at Stirling for many years. Our entire Organization is grateful for Marty’s visionary leadership, and we wish him the very best in this next chapter.”

Underhill joined Stirling in 2007 and became a partner in 2012. He has been involved in most every facet of Stirling while overseeing the development and finance divisions. In his current role as president of development, Stirling’s product lines have diversified beyond retail and office to include healthcare, industrial, multi-family, single-family for rent and more.

“With Townsend as CEO and the extraordinary team in place, I am excited to see what heights he leads Stirling into the next chapter,” said Mayer.