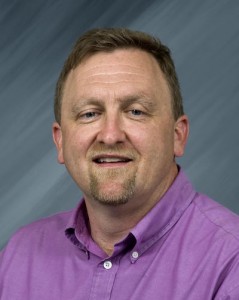 STENNIS SPACE CENTER, Miss. – Rodney McKellip has achieved federal senior executive service status and been appointed to lead NASA’s Center Operations Directorate at Stennis Space Center near Bay St. Louis, Mississippi. He is a native of Picayune, Miss., and a resident of Slidell.

McKellip’s appointment as director of the Center Operations Directorate was effective Aug. 11. He previously served as deputy director of the area since March 2019 and as acting director since January 2021.

“Throughout his 22-year NASA career, Mr. McKellip has served in multiple management positions at Stennis in support of four mission directorates, with progressively greater responsibility and accountability in project, program, division, and directorate leadership,” Stennis Director Rick Gilbrech said. “I am pleased to announce his service in this key center position.”

McKellip’s appointment to the center operations position was made possible by his attainment of SES status. The SES classification was created in 1979 and represents federal employees who use well-developed executive skills to administer programs at the highest levels of the government. The program requires candidates to demonstrate skills in five key areas: leading change, leading people, results driven, business acumen, and building coalitions.

As head of the Center Operations Directorate, McKellip will provide guidance and strategic planning for a comprehensive and integrated program of institutional services. He also will provide leadership for operations and maintenance of Stennis’ test support facilities and in establishing and managing partnerships with on-site government, university, and commercial tenants.

McKellip began his NASA career in the Science and Exploration Mission directorates at Stennis. Originally hired as a project manager in the Commercial Remote Sensing Program, he led a variety of public-public and public-private NASA partnerships, focusing primarily on remote sensing applications development for commercial and government users.

While serving as deputy program manager for the Earth Science Applications Program, McKellip worked in such areas as homeland security, disaster management, agricultural efficiency, and invasive species. During his time in the Stennis Project Integration Office, he led projects and programs focused on exploration, including ones related to small lunar satellites and lunar surface exploration tools.

After moving to the Center Operations Directorate, McKellip served as manager of the Planning and Development Office, leading a senior professional staff focused on such areas as master planning, facility utilization, partnership agreements, energy and sustainability management, and real property.