MANDEVILLE, LA – In 2002, the St. Tammany Economic Development Foundation (STEDF) hired Brenda Bertus to lead economic development efforts in St. Tammany. After more than 15 years at the helm of an ever-expanding organization, Bertus has announced her plans to retire effective Dec. 31.

“We all face different seasons in our life,” Bertus said. “And this time at STEDF has been possibly the most defining season in my career. I’ve built an organization from one employee to many, directly contributed to the parish’s economic wellbeing and witnessed my staff grow and bloom in their work. But there is another season ahead of me, a season of renewed personal growth—and I am looking forward to it.”

Over a 40-year career, Bertus has amassed an extensive amount of experience in economic development, construction, land development, business and community relations, management, marketing and customer sales, STEDF reps said. Her strong background in project management and staff supervision have led her to be called “St. Tammany’s most valuable economic driver.”

Don Pierson, secretary of Louisiana Economic Development, said, “Brenda and I have worked together on many projects over the years—Associated Wholesale Grocers is one that we are both very proud to have brought to Pearl River in 2011. I have observed her in a professional capacity, viewed her mentorship of younger staff and her active engagement in the Louisiana Industrial Development Executives Association (LIDEA). Brenda’s leadership and dedication are indeed extraordinary.”

Thanks to Bertus’s leadership at STEDF since 2002, almost 140 companies committed to locate or grow their operations within the parish, STEDF reps said. These companies agreed to invest more than $980 million into St. Tammany, retaining almost 4,800 jobs and committing to create over 5,900 new jobs.

“This industry usually focuses on facts, figures and statistics—on the mathematical impact of the project,” Bertus said. “But this job has been its most rewarding when I’ve been able to see the human side, the social impact. After we brought Associated Wholesale Grocers to St. Tammany, a veteran approached one of our board members to thank him. He’d been unable to find a job after returning from service, and he’d become discouraged. But he was able to get a great job with benefits at AWG, and he said that job allowed him to be the husband and father he wanted to be. We so rarely get to see that side. It touched me.”

Bertus guided STEDF and its business recovery efforts through the landfall and aftermath of Hurricane Katrina.

Shelby LaSalle, chair of the 2017 STEDF Board of Directors, said, “The business community in St. Tammany and the surrounding region knows Brenda Bertus to be a skilled economic developer and leader. Her work in the last 15-20 years has positively impacted our local economy and our residents’ quality of life. She has dedicated herself to the advancement of this area, and she has grown a capable staff that shares fully in her dedication.”

In her corollary role as executive director of the St. Tammany Parish Development District, Bertus oversaw the issuance of almost $1.3 billion in bonds to companies investing in the economic strength of St. Tammany Parish.

Prior to her involvement in the industry of economic development, Bertus was co-owner and vice president of a large development and construction firm in Slidell, Louisiana. The company was active in the construction and development of single-family homes, office park condominiums, residential subdivisions and a medical complex.

Bertus also supported and advocated for businesses as the chief executive officer of the East St. Tammany Chamber of Commerce—then called the Greater Slidell Area Chamber of Commerce—from 1999 to 2002. During her tenure, Bertus expanded Chamber membership by 20 percent, increased funding and upgraded all technology.

In 2003, Bertus hired Tracy Clanton, who has remained with STEDF for 14 years and now serves as operations director.

“I grew up personally and professionally under Brenda’s guidance,” Clanton said. “As a female role model, she is a true mentor and friend. She has developed my leadership skills and has challenged me to grow over the years from the role of an assistant to the role of a manager and director. She saw a potential for leadership in me and made it possible for me to take on a leadership role while further developing my administrative expertise.”

After Clanton, Bertus hired five others—four of whom remain with STEDF today.

Development Director Ashley Cangelosi Llewellyn said, “Brenda’s investment in my professional development has challenged me to grow in every facet of economic development. She believes in helping her staff members to become subject matter experts, seeking to develop their unique talents into assets for our region. I have never been pigeon-holed into one set of responsibilities—Brenda invests in human capital. She has built a resourceful, knowledgeable team cross-trained in many roles.”

Bertus has always championed the professional development of her staff, STEDF reps said.

Bertus has served on numerous panels, appeared on national television and contributed featured articles to regional publications, sharing her expertise in land and economic development as a representative of St. Tammany Parish and Louisiana.

She has appeared on MSNBC twice: once in 2006, to discuss the one-year anniversary of the landfall of Hurricane Katrina, and once in 2013 on the Hannity show, to discuss the requisition of valuable St. Tammany land as a critical habitat for an endangered species of frog.

Bertus has served as a commissioner, board member, officer and member for many well-respected and influential organizations in St. Tammany Parish and the surrounding region, STEDF reps said. As a community leader, Bertus oversaw, invented and implemented a number of funding initiatives for a range of prominent organizations.

Bertus and Link served together on the board for five years before STEDF hired her to run the organization.

“My greatest accomplishment as a board member and former president of the Board of Directors was convincing Brenda to leave the Chamber of Commerce and take over at STEDF,” Link said. “Once she took over, everything came together for this organization. She’s done an excellent job of attracting a wonderful staff, and she has spent enormous time and effort helping them to develop and grow.”

Stuart McAvoy has been a member of the STEDF Board of Directors since 2002.

“I have had the pleasure of serving on the STEDF board for over a dozen years, and I’ve had the opportunity to work closely with Brenda during that time,” McAvoy said. “Brenda’s tenacity, professionalism, ethics and organizational skills have brought STEDF and St. Tammany’s business climate to another level. We built a strong personal relationship over that time, and we have both leveraged that relationship to mutual success. Brenda has always reminded me of this simple strategy taught by Lou Holtz: ‘Do right. Do your best. Treat others as you want to be treated.’ She lives and works by those guidelines.”

In 2003, the Slidell Business and Professional Women’s Organization recognized Bertus as a “Business Woman of the Year Nominee.” In 2004, Sophisticated Woman magazine recognized her as the issue’s “Enterprising Woman.”

In 2004, Governor Kathleen Babineaux-Blanco of Louisiana named Bertus an “Ambassador” for the state, entitling her “to all courtesies and tokens of respect and consideration due a distinguished guest and good friend of the state.”

In the fiscal year 2004-2005, she was awarded with membership to the Paul Harris Society of Rotary International District 6840. She had previously been named a Paul Harris Fellow.

In 2006, Partners for Stennis presented Bertus with a small Louisiana flag “flown aboard Space Shuttle Atlantis” and a framed photograph of the shuttle launch “in appreciation for your longstanding, invaluable support to NASA and the John C. Stennis Space Center through leadership in Partners for Stennis.”

In 2007, New Orleans CityBusiness recognized her as a “Woman of the Year,” and the St. Tammany Parish Government presented her with a Certificate of Recognition for her nomination.

After nearly 30 years advocating for business and industry through her roles at STEDF, the East St. Tammany Chamber of Commerce and her development and construction firm, Bertus looks forward to spending time with her husband, her daughters and all of her grandchildren—and to pursuing hobbies long-neglected in favor of constant availability to her vocation, STEDF reps said.

Bertus said she cannot wait to take off her wristwatch, forget her daily planner and enjoy the freedom of the spontaneous adventures to come.

“I want to focus on my personal goals, instead of the business goals I’ve been pursuing for so long,” Bertus said. “Photography has always been a passion of mine, and I hope to take more photographs. My husband and I are also looking forward to traveling, and having the luxury of spending as much time as we care to at each adventure we come upon. And I may even take the grandchildren to Disney World.

“That’s what I’m doing next,” she teased. “I’m going to Disney World!” 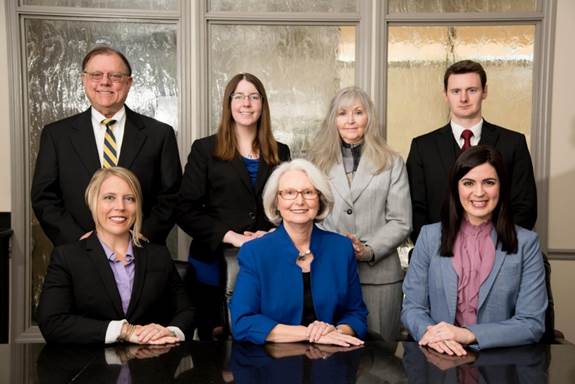 The staff of the St. Tammany Economic Development Foundation at its largest in March 2017.